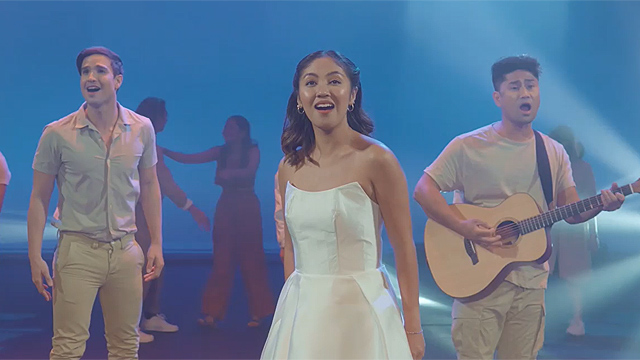 They also announced a new cast.

(SPOT.ph) There was a time when Philippine theater was so alive and kicking that our performing-arts schedule was almost bursting at its seams. But everything came to a standstill when the global pandemic hit our shores in March 2020; and when restaurants and cinemas opened up, we weren't able to say the same for our theaters—until this year. Hit Filipino musical Mula sa Buwan is officially returning onstage with a 13-show limited run from August 26 to September 11 at the newly constructed Samsung Performing Arts Theater in Circuit Makati. Tickets are now on sale through Ticketworld.

Also read: Playwright and Director Pat Valera on the Many Layers That Make Up the Latest Adaptation of Mula Sa Buwan

From 2016 to 2018, the all-original Filipino musical by director-playwright Pat Valera had three runs—almost an annual staging that just got better and better every year. Since then, we've had to make do with bits and pieces of the show: a one-night-only musical concert in October 2019, online streaming of a few scenes in April 2021, and playback of the musical concert's highlights in May 2021. Back in May 2020, they were hoping to have a rerun in the following year to celebrate the first run of their original Cyrano: Isang Sarswuela. But, of course, that didn't happen given the up-and-down quarantine restrictions.

Mula sa Buwan is based on Edmond Rostand's Cyrano de Bergerac and Francisco "Soc" Rodrigo's Filipino translation of the French classic. The sarsuwela-esque production is set in 1940s Manila, where Cyrano is an ROTC cadet and Roxane is a blushing colegiala. Christian, the lead's best friend, falls in love with the beautiful damsel. The musical's cast members during its previous runs were Nicco Manalo and Boo Gabunada as Cyrano; Fred Lo, Myke Salomon, and Edward Benosa as Christian; and KL Dizon, Gab Pangilinan, and Cris Go as Roxane. This year, Myke Salomon stars as Cyrano, Gab Pangilinan returns as Roxane, and Markki Stroem plays the role of Christian for the first time.

The production also released a teaser video on June 10, 3 p.m. to reveal the new cast. To celebrate Philippine theater's return on stage, it starts with a tearjerking refrain of the Mula sa Buwan track "Ang Tanghalang Ito," which is followed by the equally emotional song "Matatapos Din."

See it here as we count the weeks to when the curtains are up once again:

Also read: Tickets to Queen's We Will Rock You Are Now On Sale