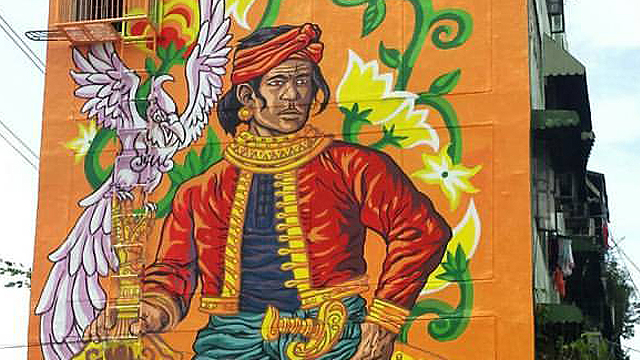 You'll be seeing Lapu-lapu on Instagram in no time

Ang Gerilya's five-storey mural is a bright splash of inspiration in the middle of Manila. 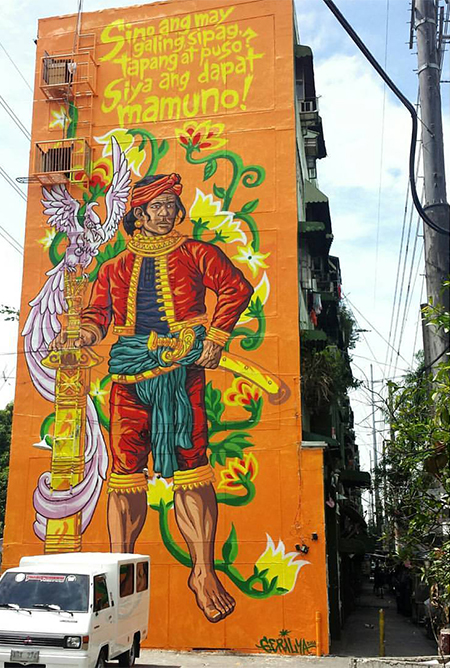 (SPOT.ph) How big is a big mural? Local street artist group Ang Gerilya thinks it should be five-storeys tall!

The collective posted a photo of their completed mural called “Pinuno” on their Facebook page on June 27. The project took a week to finish with their pails of latex paint, unstable scaffolding, and makeshift harnesses. It features an image of a datu, a leader of an organized, pre-Hispanic Philippine society; a Babaylan spirt-bird; and the words "Sino ang may galing, sipag, tapang at puso? Siya ang dapat mamuno!" You can find the mural on the firewall of an apartment building on the corner of San Andres Street and Osmeña Highway, right next to the tracks of the Philippine National Railways, in Manila. 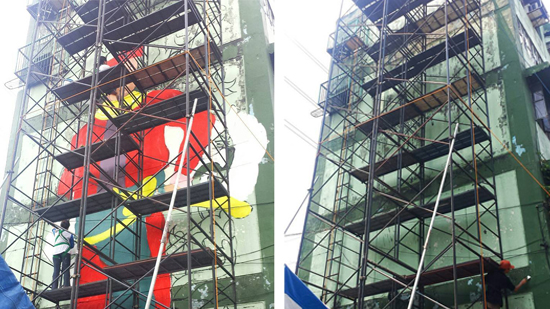 Ang Gerilya, an artist collective formed in 2008, is known for creating artwork inspired by Philippine culture and history, socio-political issues, and national identity. "They seek to make their art as relevant as possible and draw influence from Philippine popular and mass culture," according to their Tumblr page.

Erratum: An earlier version of this article cited Datu Lapu-lapu, the first native hero, as the main feature of the mural. Ang Gerilya clarified that, though it can be Lapu-lapu, it's actually a general depiction of any datu. The article has been corrected.