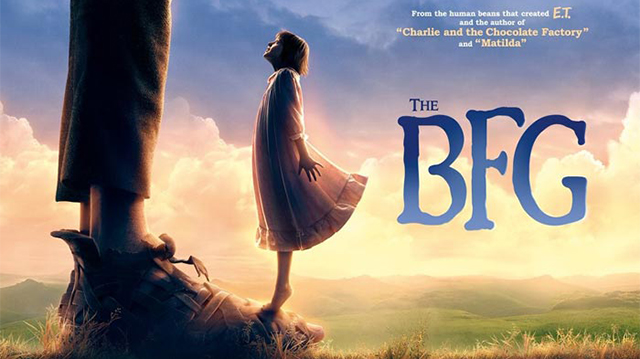 This special artwork will take you back to childhood

The BFG movie will be out in theaters soon! 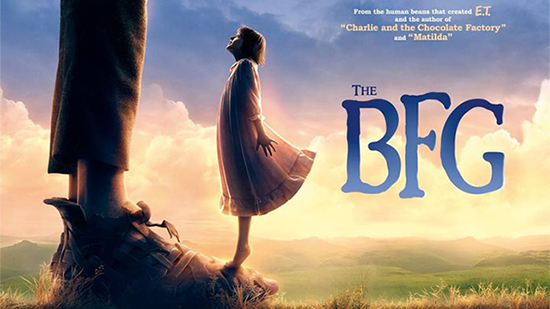 (SPOT.ph) If you weren't able to read at least one Roald Dahl book when you were a kid (or ever), then you may have missed half of your life. We're not kidding! Dahl is one of the most remembered children's books' writers in the world, having sold over 200 million copies of his works around the globe, which includes titles like Matilda and Charlie and the Chocolate Factory. The British novelist, short story writer, poet, and screenwriter is regarded as "one of the greatest storytellers for children of the 20th Century."

One of his best known works, The BFG (a.k.a. Big Friendly Giant), is coming to the Philippines as a live-action movie adaptation on August 10 and we're all excited. Directed and co-produced by Academy Award winner Steven Spielberg, the story follows Sophie, an orphan girl, who befriends the Big Friendly Giant. The two travel to the “Giant Country,” which features fantastic sites around the United Kingdom as most scenes were shot in London, Blenheim Palace, and Isle of Skye. “This is a great opportunity for the young and young at heart to enjoy The BFG and to celebrate the 100th anniversary of Roald Dahl, the world’s leading storyteller,” said British Ambassador Asif Ahmad. 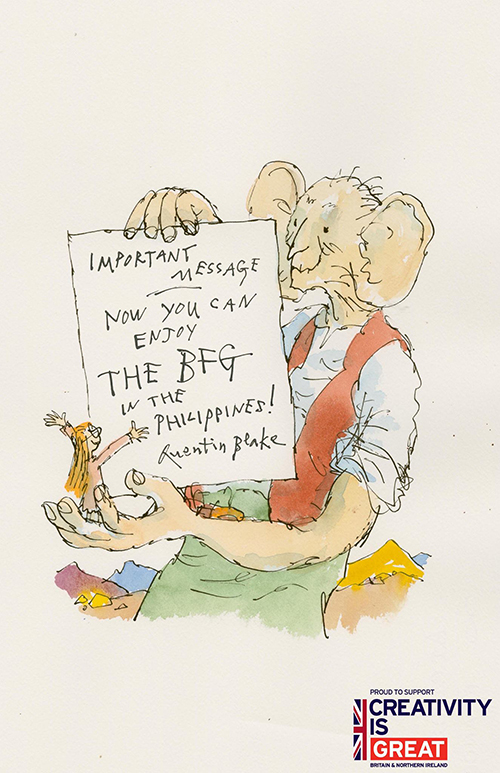 To make things more interesting, his illustrator, Quentin Blake, sent a special sketch for the Philippines through Ambassador Ahmad. It features the lead characters in The BFG, the Big Friendly Giant himself, and the little girl Sophie. There's also a special exhibition of Dahl's and Blake's works at the Creativity is GREAT show at the Level 3 Atrium of SM Aura in Bonifacio Global City until August 14.