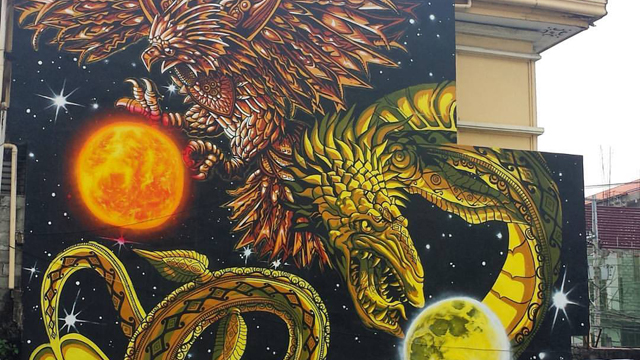 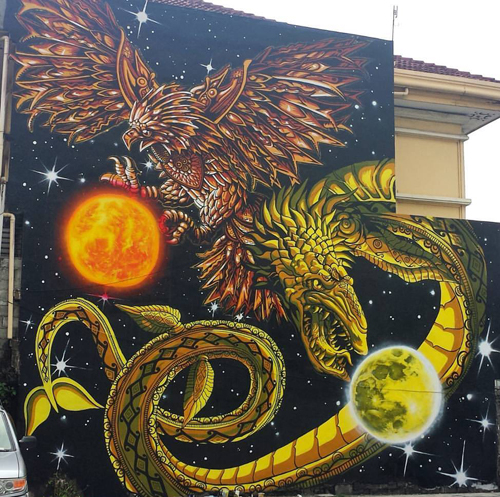 (SPOT.ph) After painting the pavements of Manila, turning the firewall of a five-storey building into a canvas, and putting up a Belenisimo mural along TPLEX, local street artist group Ang Gerilya closed 2016 with a huge year-ender piece "Ang Bakunawa at ang Minokawa." This can be seen from the parking lot on Gen. Luna Street corner Anda Street, beside the CBCP Compound in Intramuros, Manila. The project started in October and was finally completed on December 29, 2016, just in time for New Year's Eve. 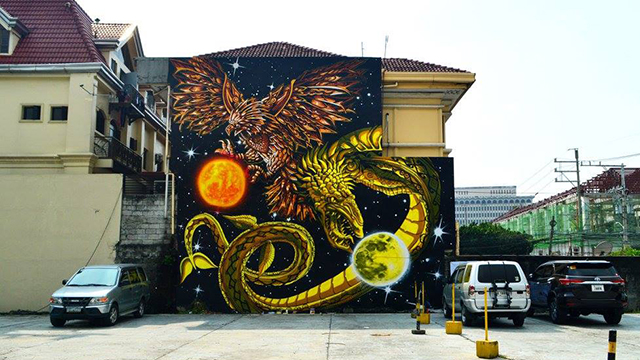 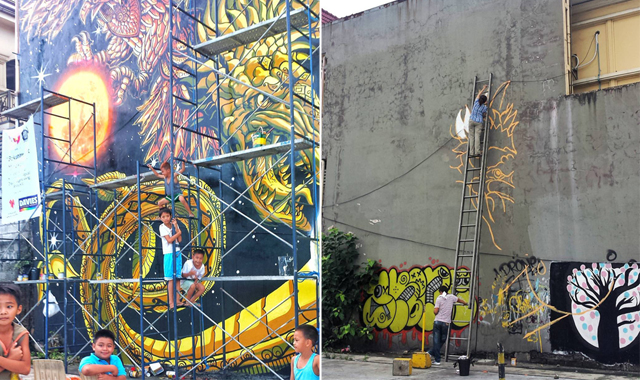 Bakunawa and Minokawa are the Philippines' versions of the legendary dragon. It is believed that Bakunawa, often represented as a giant sea serpent with a red tongue, swallows the moons whole (all seven of them), causing the eclipse. Ancient Filipinos would go out of their homes and make noises to scare the dragon away and spit out the heavenly body back into the sky. Minokawa, on the other hand, is often portrayed as a giant bird that belongs to the dragon family. Instead of the moon, it swallows the sun with its beak as big as the island of Negros or Bohol.

Ang Gerilya, an artist's collective formed in 2008, is known for creating artwork inspired by Philippine culture and history, socio-politcal issues, and national identity. We can't wait to see their next projects!

Miss World Philippines 2018 Mythology Mural Manila Intramuros Ang Gerilya
Your Guide to Thriving in This Strange New World
Staying
In? What to watch, what to eat, and where to shop from home
OR
Heading
Out? What you need to know to stay safe when heading out