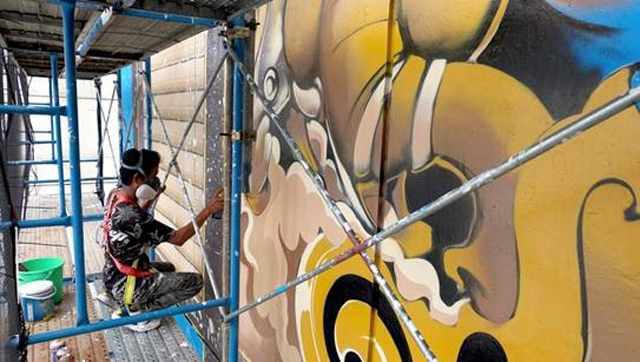 BGC's New Mural Is a Lesson in Korean Art History

It's a collaboration between ASEAN and Korean artists. 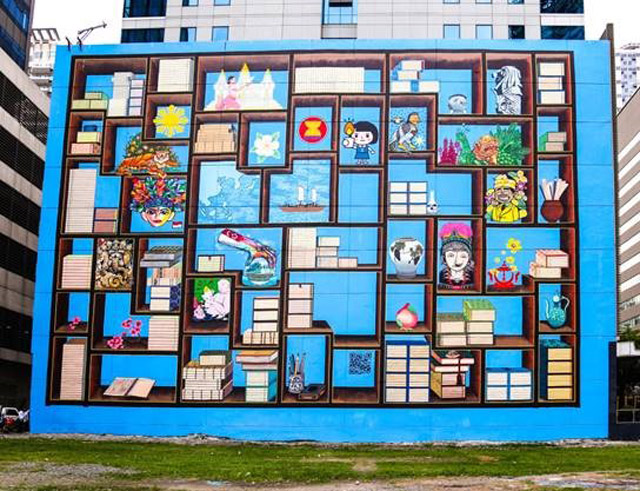 (SPOT.ph) It's been establishing itself as one of the Metro's most art-infused areas, and Bonifacio Global City continues to wow with another interesting mural at the corner of 26th Street and 5th Avenue. The new work symbolizes the friendship between Korea, the Philippines, and other ASEAN member countries since it is a collaboration between artists from the region. It is in celebration of the 50th anniversary of the ASEAN and the ASEAN-Korea Cultural Exchange Year.

The project, titled Beyond Borders, Peaceful Voyage, was led by Korean artist Park YoungGyun, who executed the mural in a traditional style called chaekgado. He was joined by 10 ASEAN and four Korean artists and 80 volunteers in working on the 35 x 27.5-meter wall. 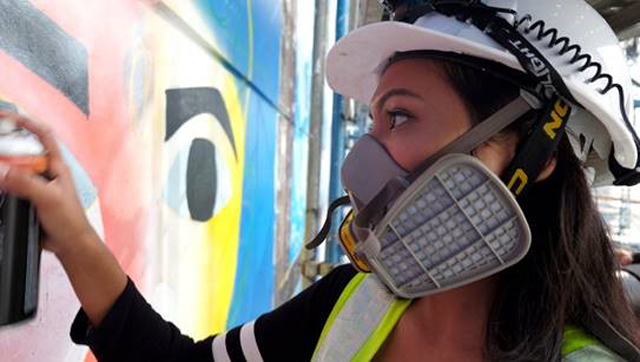 Chaekgado features still-life paintings of shelves stacked with books, ceramics, antiques, and other objects used by scholars. It is typically drawn with three-dimensional effect. It began during the Joseon Dynasty (1392-1897) and is believed to be the embodiment of Kung Jeongjo's aim to govern the nation with books and knowledge. For Park's painting in BGC, each ASEAN member country has a symbol in the chaekgado. These include the Philippine's eight-ray sun, Singapore's Merlion, Thailand's temples, and others.

"Through this mural, artists from the different ASEAN-Korea countries could share their cultural traditions and art to wider audience. It is also a good opportunity to showcase ASEAN and Korea’s stronger good ties," Korean Cultural Center Director Lee Jincheol said about the project.

Bonifacio Global City Bgc Asean Art Mural
Your Guide to Thriving in This Strange New World
Staying
In? What to watch, what to eat, and where to shop from home
OR
Heading
Out? What you need to know to stay safe when heading out