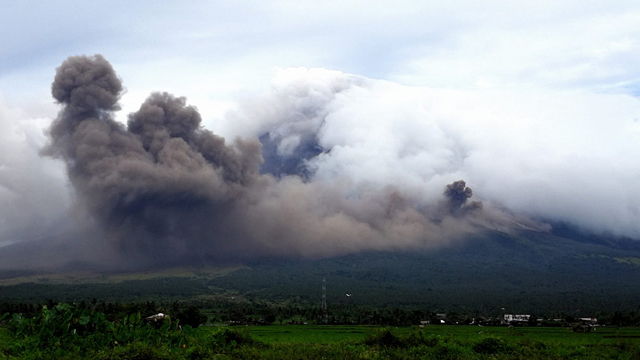 Photographer Ciriaco Santiago reveals how he captured the shot.

(SPOT.ph) Mayon volcano, in the province of Albay in the Bicol Region, is renowned for its "perfect cone" (technically, a symmetrical conic shape) despite its more than 50 eruptions in the past four centuries. The volcano was last active in 2014, and Mayon once again threatens the province, spewing ash and steam since January 13. The alert level has been raised to three, and more than 38,000 individuals have evacuated as lava continues to flow down its slopes. It may be a difficult time, but photographers can't help but be in awe of this geological display of nature. This was proven by a viral photo of Mayon captured by Ciriaco Santiago III, a freelance photojournalist and Redemptorist Brother assigned in Legazpi City. 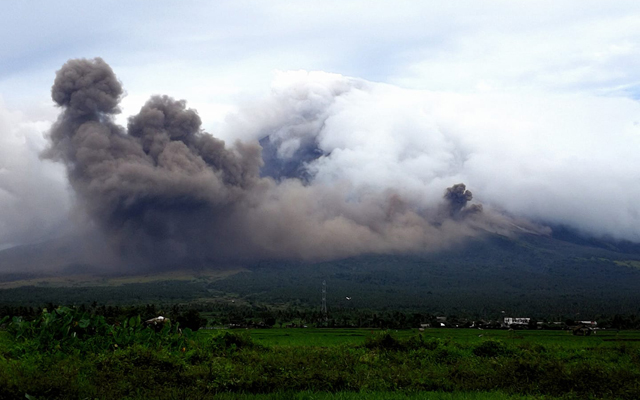 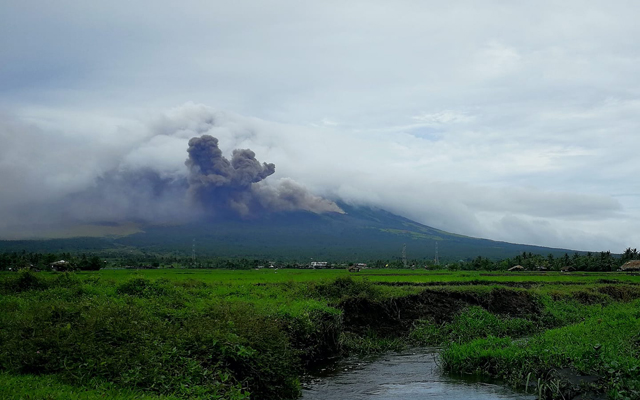 It shows a plume of ash seemingly forming the image of a man and a woman embracing right beside Mayon. "Nakabantay ako for timelapse but nakita ko 'yong formation ng isang image at parang may kasunod naisip ko na mag-asawa praying," he tells SPOT.ph about the photograph.

Bicolanos can't help but refer to a local myth. Legend has it that the beauty of the lovely maiden Daragang Magayon—daughter of tribal chief Makusog—captured the hearts of men around him, including Pangaronon. He asked the lady's father for her hand in marriage. Meanwhile, Patuga—another one of Magayon's suitors—learned about Pangaronon's intentions and was bitterly dismayed. As a form of revenge, Patugo kidnapped Makusog and threatened Daragong Magayon, saying that she would lose her father if she would not marry him. She agreed to save the chief's life. Pangaronon arrived and waged war against Patuga. In the middle of the battle, a poisoned arrow struck and killed Daragong Magayon. As Pangaronon rushed to her, he was beheaded. 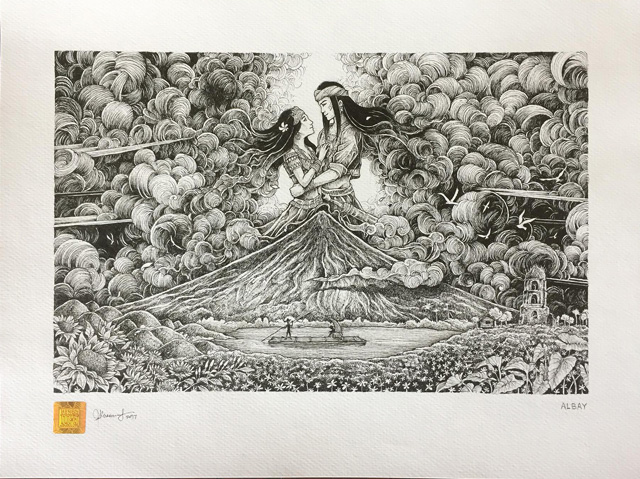 Another viral post is a sketch by illustrator Kerby Rosanes depicting the two lovers—Pangaronon and Magayon—embracing one another. The piece, titled "Magayon budâ Panganoron," was part of a group show at A Space Manila in Makati in December 2017.

Mayon Albay Mayon Volcano Bicol Daragang Magayon
Your Guide to Thriving in This Strange New World
Staying
In? What to watch, what to eat, and where to shop from home
OR
Heading
Out? What you need to know to stay safe when heading out