No Label Band Does A Filipino Cover of La Vie En Rose
Loading
Already a member? Log in
No account yet? Create Account
Spot.ph is your one-stop urban lifestyle guide to the best of Manila. 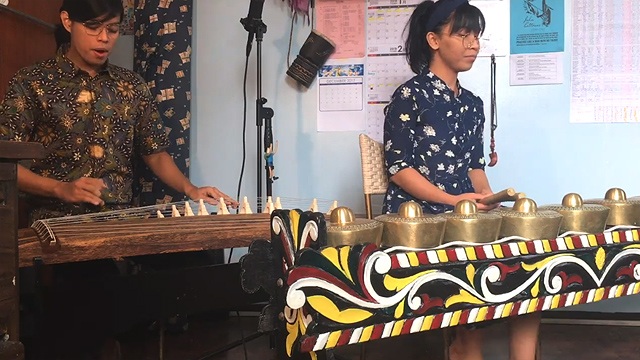 French to Tagalog, why not?

(SPOT.ph) The now-iconic French ballad “La Vie en Rose,” by Édith Piaf, may have been written seven decades ago but still it makes us fall in love again and again. It has been performed by Louis Armstrong, Lady Gaga, Madonna, sung in local teleserye Wildflower, and even referenced and quoted in sci-fi shows like The Avengers and Mobile Suit Gundam. Its influence has crossed time, space, medium, and language. So much so that this Valentine's season, local band No Label decided to do a Filipino cover of the French song.

In their version, "Kulay Rosas"—a translation by Filipino poet Pete Lacaba—is played with Asian instruments koto and kulintang. The koto is a traditional Japanese stringed musical instrument that is made of a 71-inch piece of kiri wood with 13 strings. It is played by plucking the strings with the thumb, and first two fingers on the right hand, which are all fitted with ivory plectrums called tsume. In this version by No Label, the tsume isn't used.

The kulintang is used in Southern Philippines, especially by the Maranao and Maguindanao peoples. It is composed of metal gong kettles laid horizontally and played by striking with wooden beaters. It is part of the large gong-chime culture of Southeast Asia.

"La Vie en Rose" is loosely translated as "life in happy hues," and listening to "Kulay Rosas" is sure to make you see life through rose-tinted glasses, even if just for a day.

No Label Edith Piaf La Vie En Rose Valentines Day Pete Lacaba
Your Guide to Thriving in This Strange New World
Staying
In? What to watch, what to eat, and where to shop from home
OR
Heading
Out? What you need to know to stay safe when heading out