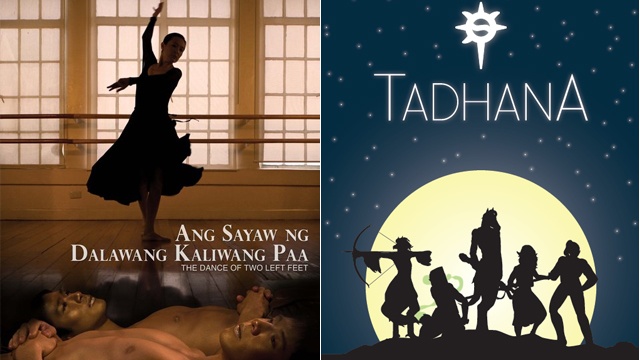 Film screenings, workshops, and talks on everything Filipino lit.

(SPOT.ph) Now on its ninth edition, the Philippine International Literary Festival convenes some of the country's award-winning writers and publishers for a two-day event that promotes local literature and arts. This free-for-all fest is happening from April 19 to 20 at the Cultural Center of the Philippines. We repeat: It's free for all!

Award-winning Ricky Lee has written more than 160 scripts since he started in 1973. This includes landmark films like Himala (1982), Karnal (1983), and The Flor Contemplacion Story (1995). He has also dabbled in other genres such as musicals (Himala, Binondo) and novels (Para Kay B, Si Amapola sa 65 na Kabanata). Learn how this prolific writer keeps the fire burning during the opening of the Philippine International Literary Festival with a keynote speech.

Elaine Castillo, writer of recently published America Is Not the Heart: A Novel, identifies herself as a Filipina-American. She was born in the San Francisco Bay Area to immigrant parents, moved to southeast London for a while, then went back to the U.S. just a couple of weeks ago. She joins writers Glenn Diaz and Kristine Ong in a talk titled Fiction, Displacement, and Everything in Between where they try to discuss the manifestations of moving from one place to another in their writings.

Play board games...based on Filipino myths

Move over, Dungeons and Dragons! Try out tabletop role-playing games like Tadhana, which pulls inspirations from Filipino epics and folklore and Itras By, where you ward off manananggal and tikbalang. There's also a two-player card game called TALA Offline, which is from the Filipino series Janus Silang by Edgar Calabia Samar; and Talinghaga, a word game based on the ancient Filipino writing system.

Learn how to be a spoken-word artist

Discover how you can publish your own books (or land book deals!)

Writers Cindy Dela Cruz, Porcupine Strongwill, and Al Joseph Lumen give the low-down on editing, formatting, funding, and marketing your own books. Their talk, Indie Publishing the Write Way, is on April 20, 9 a.m. at Tanghalang Huseng Batute. Alternatively, you can also learn how to publish your work in the U.S. from writers Rin Chupeco, Isabelle Adrid, Gail Villanueva, Kara Bodegon, and Hazel Ureta. Finding Agents and Landing Book Deals in U.S. Traditional Publishing is on April 19, 2:30 p.m. at Bulwaganang Pambansang Alagad ng Sining.

Fulfill your dreams of becoming a writer for TV or theater

Books from Philippine publishers and independent press are on display at the Little Theater Lobby from 8 a.m. to 8 p.m. on both days. Ateneo de Naga University is also presenting 75 new titles on April 19, 6:45 p.m. at the Main Theater Lobby.

Geek out on Philippine comics and graphic novels

Elbert Or reveals the potential of graphic novels as a relevant storytelling medium of our times through Navigating the Power of Narrative in Comics.

The usual 9-to-6 can be a bit draining. If you’re lucky enough to still have vacation leaves, why not spend it at the Cultural Center of the Philippines and reignite your passion for creative writing through the Philippine International Literary Festival or even for visual arts through the many exhibition spaces in the building?

The 9th Philippine International Literary Festival is from April 19 to 20 at the Cultural Center of the Philippines, Roxas Boulevard, Pasay City. For more information, visit National Book Development Board's website.