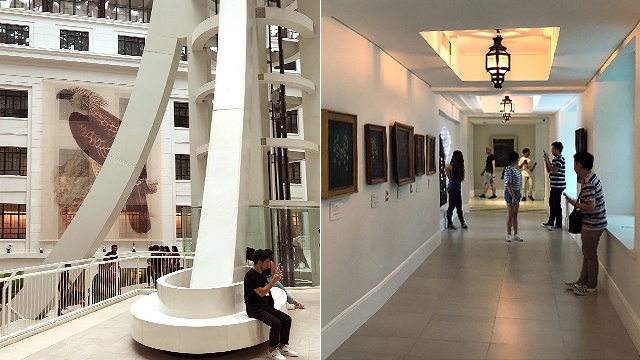 Highlights From the National Museum of Natural History: What to See When You Visit

(SPOT.ph) A little less than a week since it formally opened to the public on May 18, and already more than 20,000 visitors have walked through the elegant wooden portals of the National Museum of Natural History. The line to enter moves briskly enough, but it still takes about 30 minutes until you actually find your way into its stunning sunlit courtyard. Thankfully, pretty strong cell phone reception means you can actually accomplish some work as you snake your way through the portico of the former Department of Tourism building. Or you could opt to enjoy the view of larger-than-life Lapu Lapu looming over Agrifina Circle; at this time of the year—fiesta season—the bronze sculpture stands surrounded by jaunty, multi-hued banderitas fluttering in the sizzling heat. 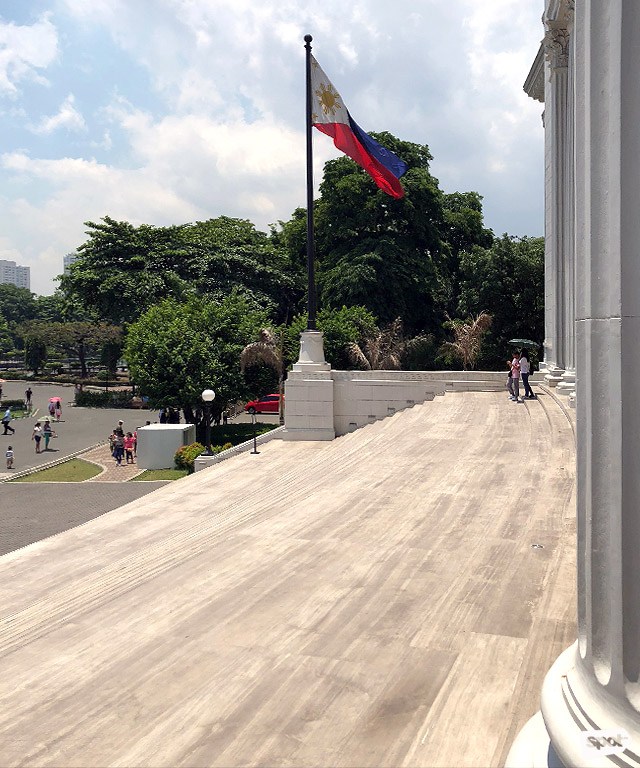 There might be a bit of a wait to get in, but the view will be worth it. 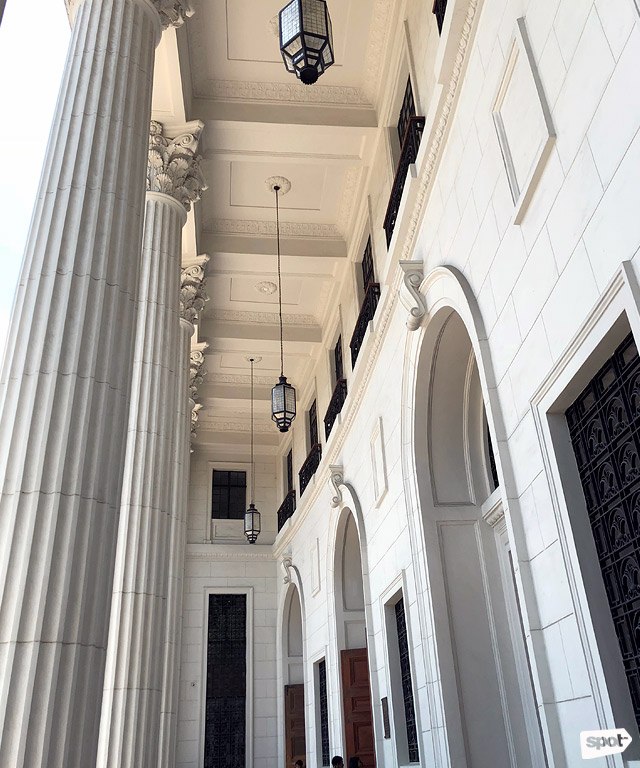 The National Museum of Natural History is housed in the building formerly occupied by the Department of Tourism. 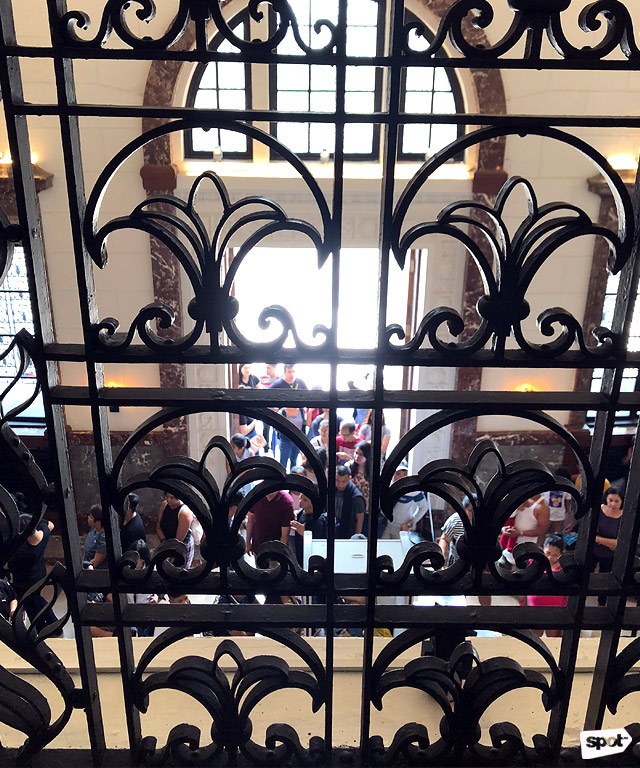 The crowd on a Thursday morning

In the absence of any written handouts and location maps, once you make your way in, try and catch one of the museum guides (they’re either in navy-blue T-shirts or bright-yellow polo shirts), to give you a few tips. One of them, Alvin, tells us that for now, only three floors are open to the public. Start from the third level, and make your way down.

What are the best things to see?

As you stroll through the galleries, you can’t help but marvel at the building’s Neoclassical architecture and its details. The original structure did not survive the American bombs that levelled the city of Manila in 1945. As a plaque at the entrance tells us, the American government paid for the building’s rehabilitation in 1946, keeping to the plans of the original architect, Antonio Toledo. The same architect also built the nearby Manila City Hall. 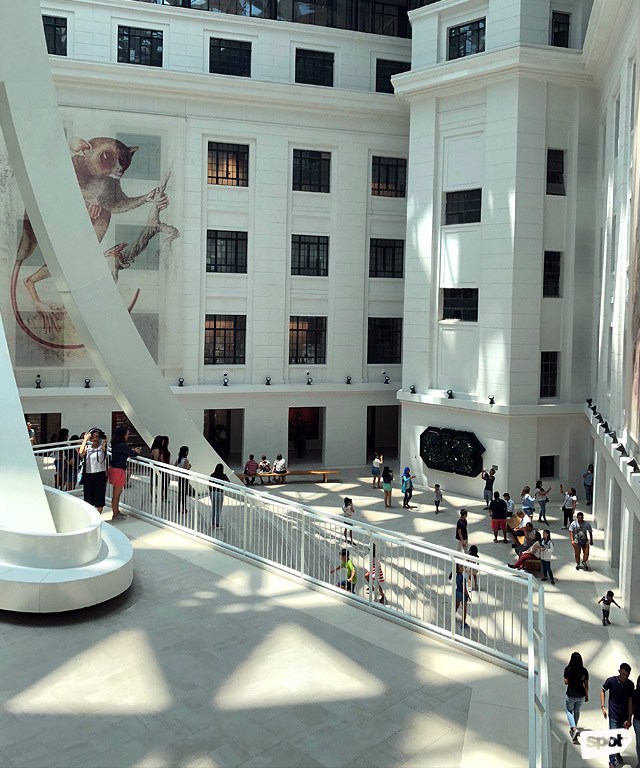 Under the shadow of the DNA Tree of Life 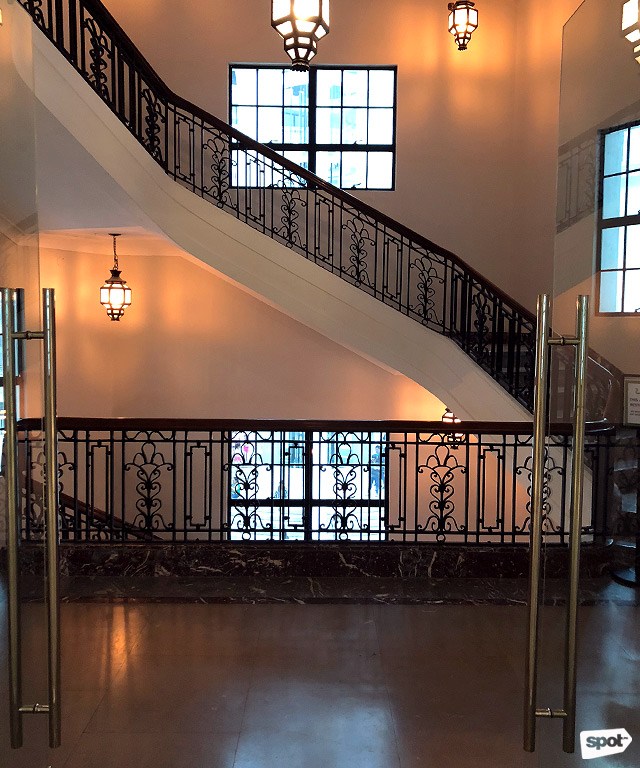 The building itself, and the details within, are already worth the visit. 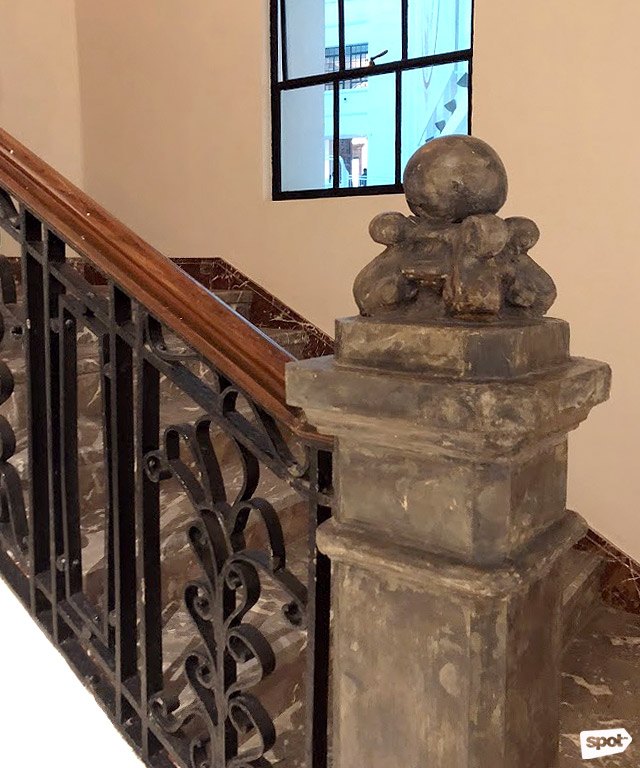 Enjoy the rooms and their stately proportions. Take note of the graceful ironwork on the windows and on the balusters of the main staircase at the Dr. Jose Rizal foyer. Note the arches and the lintels, the wainscoting, the pendant lights, the patterns on the marble floors. Such refined touches speak of the sensibilities of another era that no mall can ever replicate.

Visitors can also glean much about the history of the natural sciences in the Philippines via the plaques that give information on the life of the personalities for whom the corridors and foyers are named. For instance, did you know that an English naturalist, John Whitehead, discovered what we now know as the Philippine Eagle? He requested that it carry the name of his father Jefferey, thus its scientific name of Pithoecophaga jefferyi. 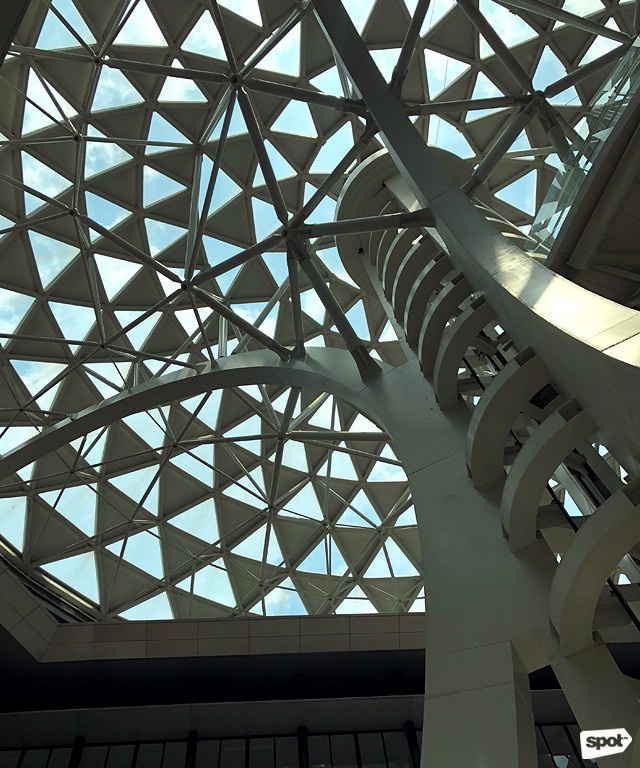 The DNA Tree of Life 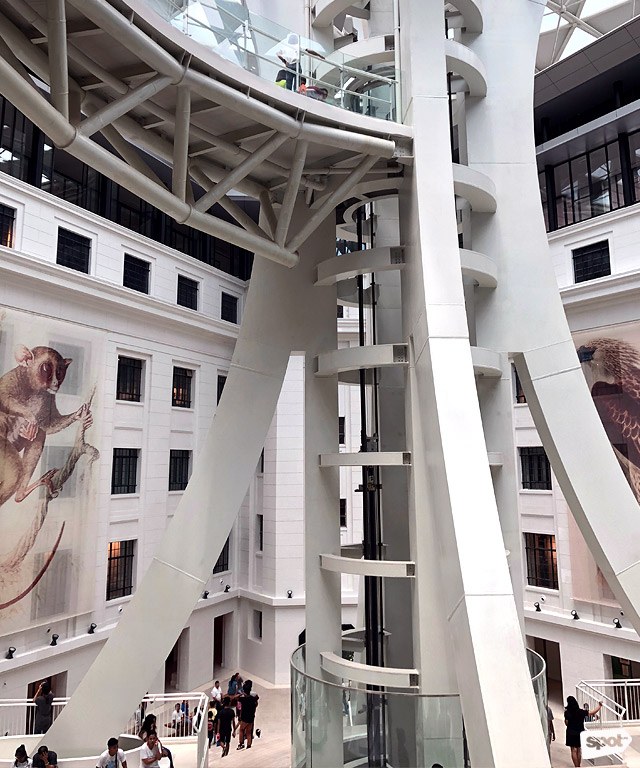 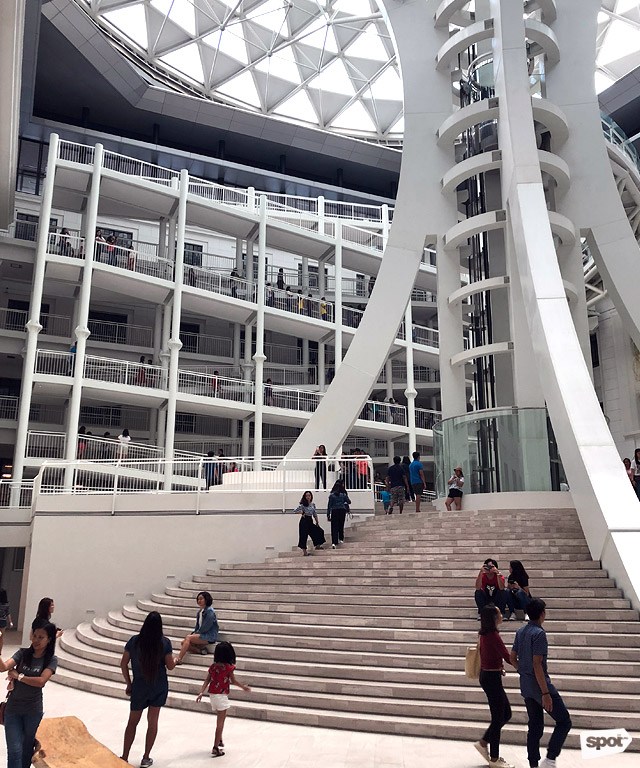 The DNA Tree of Life

Soaring six storeys high, this is the museum’s definitive architectural feature, the locus around which the entire complex revolves. Conceptualized by architect and heritage conservation advocate Dominic Galicia, the DNA Tree of Life has been described as a double-helix steel structure that rises and extends into a distinctive pattern of leaves and branches that provide a canopy for the museum’s courtyard. Because it houses a scenic elevator, it also serves as one of the access points to the museum’s top floor. From there, visitors can eventually start their tour at the galleries on the fifth floor and find their way to the lower floors via ramps or stairs.

Take the scenic elevator at the Museum Foundation of the Philippines Tree of Life Foyer on Level 1.

This is a museum to celebrate our country’s flora and fauna, so how else to impress but through a creature that broke into the Guinness Book of World Records six years ago as the largest crocodile in captivity? 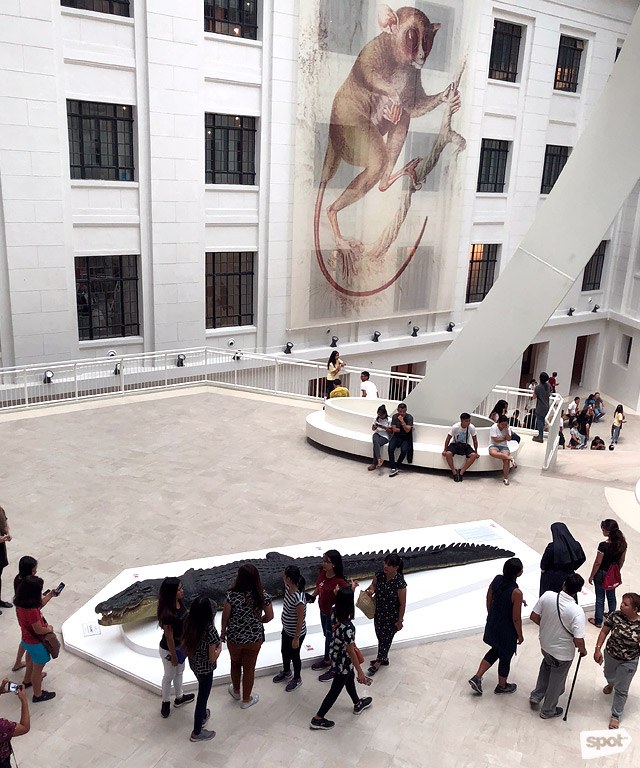 Lolong, a male Saltwater Crocodile, made headlines in 2011 after his capture in the Agusan del Sur town of Bunawan. His replica, which welcomes visitors right inside the museum’s main entrance, give us an idea of how he appeared in life, the 6.17-meter, 1,075-kilogram heft that terrified a town into hiring a crocodile hunter. They blamed him for human and carabao deaths. 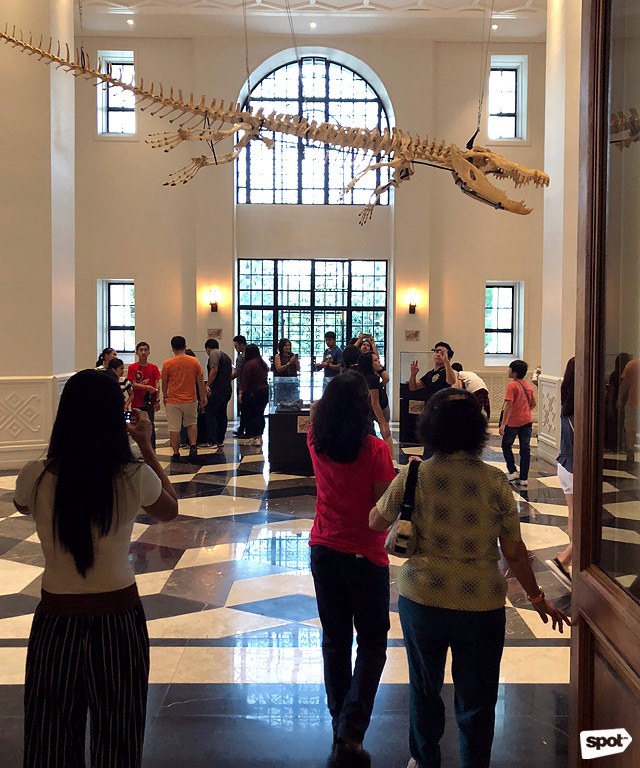 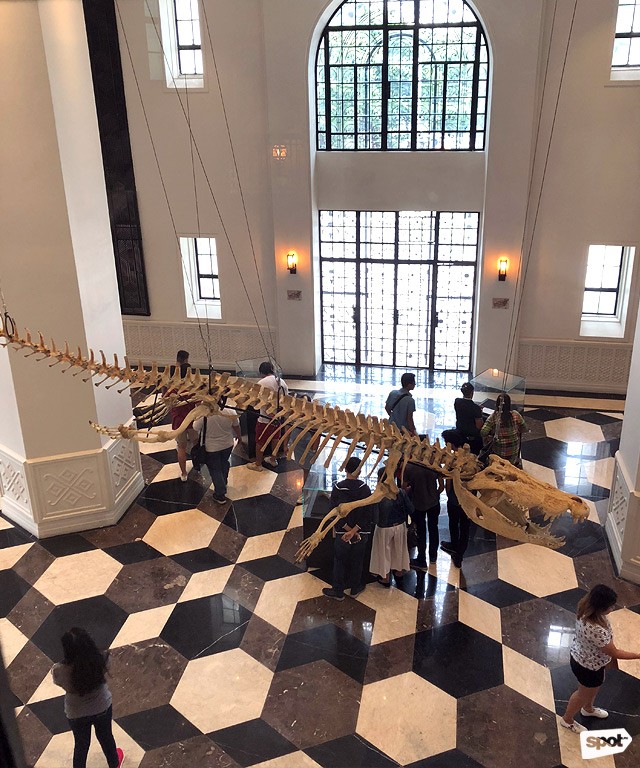 At another gallery, the grand Ayala Hall, Lolong’s skeleton floats above visitors, suspended from the ceiling. His skin, however, lies preserved within the museum’s conservation labs. Think what Hermes and Gucci could make with that!

At the Upper Courtyard, Level 2 and Ayala Hall, Level 1 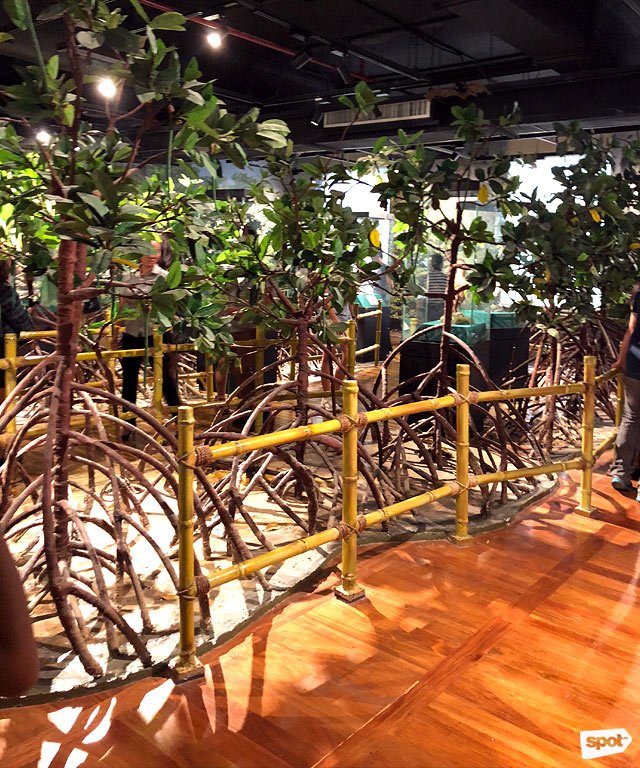 The recreation of the Nilad mangrove

Historians have long contended that one plausible origin of the name Manila could have come from the abundance of the Nilad tree on the banks of the Pasig river: May nilad = Maynilad = Maynila. 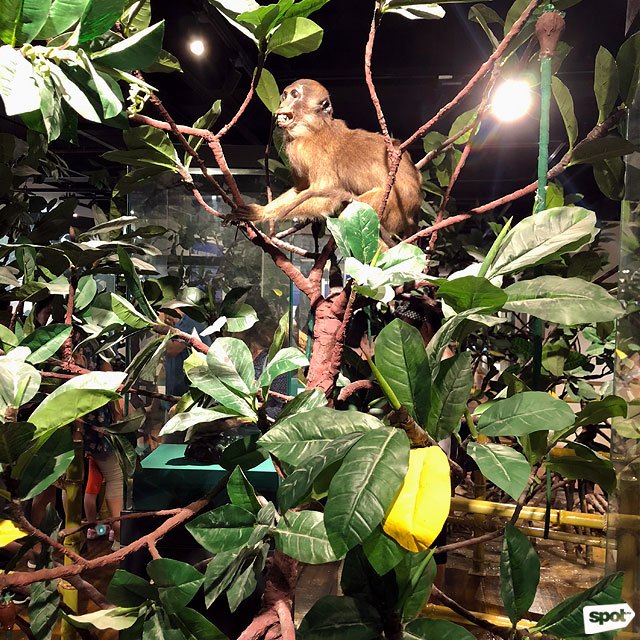 Hard to imagine that this populous metropolis, jam-packed with a chaotic amalgamation of concrete, steel, and whatnot, once harbored density of the verdant sort. An interactive installation in the museum’s third level allows visitors to experience what it would have been like to discover pre-Hispanic Manila, to walk through a mangrove of the white flowered Nilad and encounter its natural inhabitants. 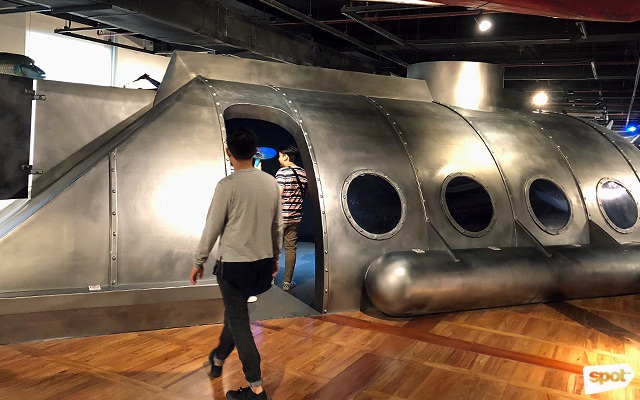 Another interactive exhibit, situated amidst a selection of collected corals from different endangered reefs around the country, the submarine replica provides museum visitors glimpses of marine life via videos that loop continuously on its portholes. Watch the Pawikan weave through a bed of corals or a school of fish navigate the deep. 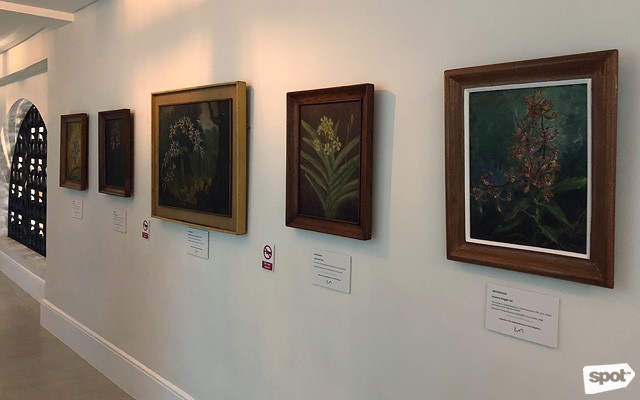 For enthusiasts, the National Museum collection contains a series of oil paintings commissioned by one of its former directors, the Father of Philippine Orchidology, Dr. Eduardo Quisumbing, that document the different varieties of orchids around the country. Artist and art professor Tomas Bernardo, who once upon a time restored the Botong Francisco Philippine General Hospital murals that also belong to the National Museum, executed the paintings between 1948 and 1960. 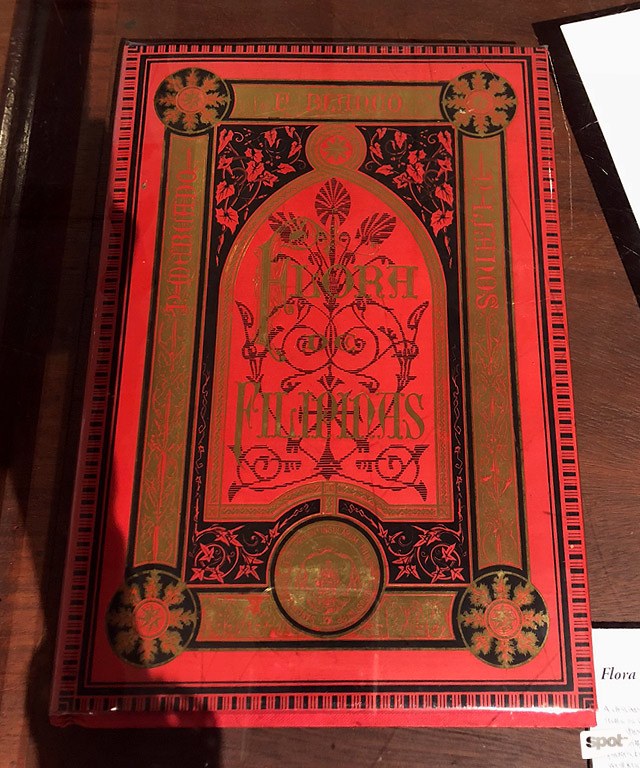 Flora de Filipinas, another edition of which fetched U.S. $35,000 at a Christie's auction. 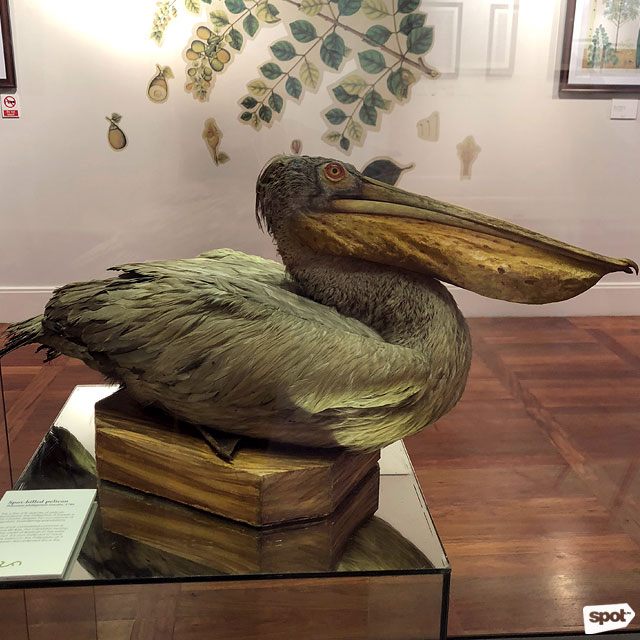 Can you imagine how obsessive and dedicated Fr. Manuel Blanco must have been? Forty years in the Philippines (he died in Manila in 1845), traveling throughout our archipelago, and collecting plant samples along the way. We owe this Augustinian friar the first comprehensive research on our botanica, Flora de Filipinas, a compendium of which he published in 1837 and 1845.

The museum displays the deluxe third edition of Fr. Blanco’s work, published and updated posthumously. This version of 1877-1883, also called the Gran Edicion, contains 477 lithographs illustrated by such renowned names as Félix Resurrección Hidalgo and Felix Pardo de Tavera, among others. Bound in red morocco leather, its cover engraved in gilt, and one of only 500 copies printed, a similar edition realized U.S. $35,000 at a Christie’s auction of rare books in 2009.

Facsimiles of the botanicals found in the book line the gallery walls, along with the biographies of pioneering botanists significant to Philippine natural history. Two stations inside the same room allow visitors to work on their own botanical illustrations, quite popular with both kids and adults.

At the center of the gallery stands a vitrine that holds two stuffed birds, one of them a magnificent spot-billed pelican. The exhibit label informs us that while it may seem a curiosity today, this pelican was a common sight in certain localities of Luzon at the turn of the 20th century. Unfortunately, we lost the species to extinction sometime in the 1940s. 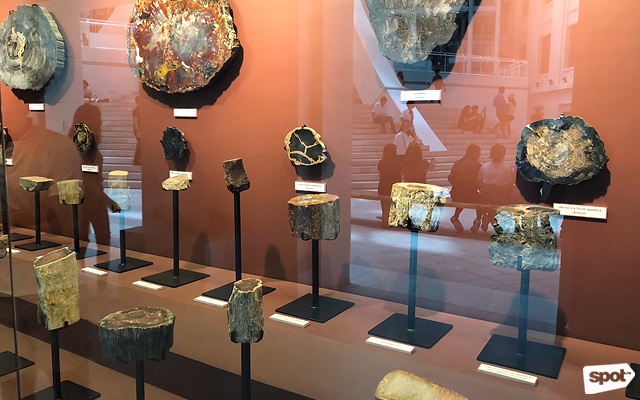 For those whose idea of being petrified involves Hermione Granger and a basilisk, it may be interesting to note that time, sediment, and minerals do work their magic to transform wood into stone.

The National Museum Collection includes an expansive selection of petrified wood from all over the world, including fairly large-sized specimens from the Philippines. These fascinating fossils from millions of years ago came as a gift to the museum, credited as a bequest from Larry and Pat Gotuaco. 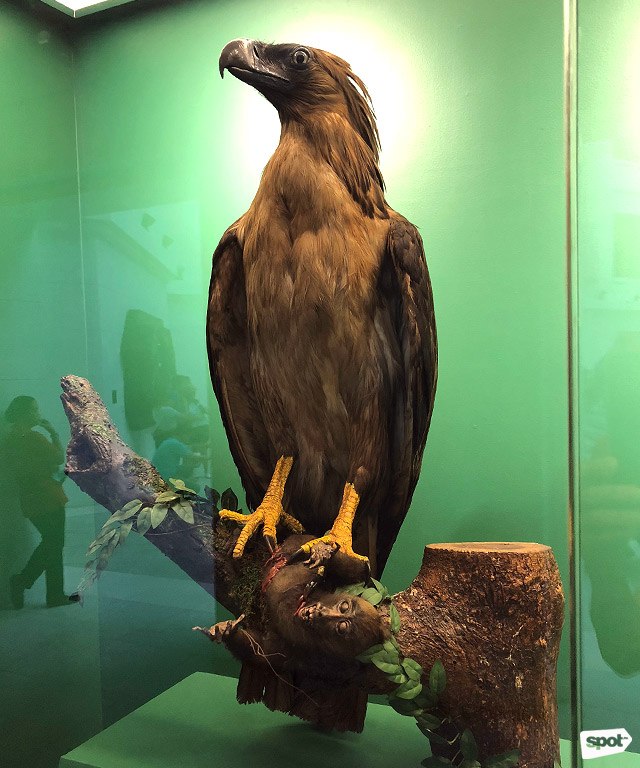 When you encounter both Gemma and Tinuy-an, even from behind glass, you can easily see why the Philippine Eagle ranks as one of the three largest and most powerful eagle species in the world. Although taxidermied, both nevertheless appear regal and self-possessed. They bear uncanny expressions that hint at wisdom and power. Gemma nonchalantly mangles a monkey with her claws. Fierce.

Prints on the restroom foyers

Answering the call of nature at the National Museum of Natural History can also provide a feast for the eyes and mind. The facilities for males and females are easily available at every floor, located at the end of each corridor. It is wonderful how a group of print reproductions of our flora and fauna hang at the entrances to each of the restrooms; makes it pleasant for those waiting outside, they have something to peruse. Fancy a primer on the eels found in Philippine waters? Head for the men’s room on Level 3.