Sornito Residence in Iloilo Is Also known as the Cake House
Loading
Already a member? Log in
No account yet? Create Account
Spot.ph is your one-stop urban lifestyle guide to the best of Manila.

This historic house is unlike any other.

(SPOT.ph) When the war between the Spaniards and Tagalogs broke out in Luzon in 1896, it did not immediately spread to Iloilo. Spanish Governor-General Basilio Agustin believed that the Ilonggos in the Visayas would stay loyal to them and fight against the Tagalog rebels. He organized the Volunteer Militia in Iloilo and appointed Martin Teofilo Delgado as commander of the volunteer fighters in Santa Barbara, now a second class municipality located in northwestern Iloilo.

Little did the governor-general know, the exact opposite would happen. Santa Barbara became the base of revolutionary forces in Iloilo and the volunteers fought against Spanish soldiers, culminating in the liberation of the province. 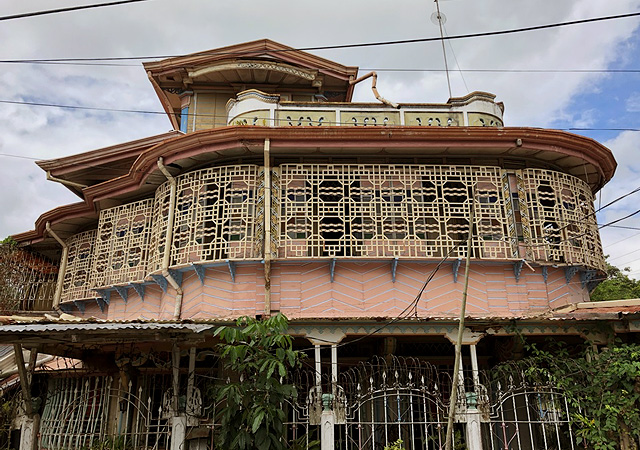 With such a bold history, Santa Barbara is now considered a heritage district. Aside from the usual historic churches and museums, it is home to the Iloilo Golf and Country Club, the country’s oldest existing golf course. One of the biggest Philippine flags on one of the tallest flagpoles in the country can also be seen at Flagpole Park. Another attraction that tourists often flock to is the pastel-colored Sornito Cake House—which does not really sell cake, but looks like one.

Cool Even Before Pastel Was Trendy

The Sornito Residence, which was built before World War II, can be found on the corner of Hingco and Burgos Streets. The locals and tourists know it as the Cake House because of its cake-like design and color motif, which is only fitting for a province that’s also known for its sweet treats. 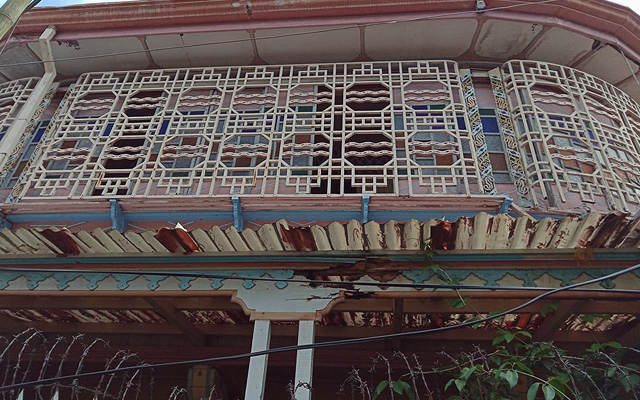 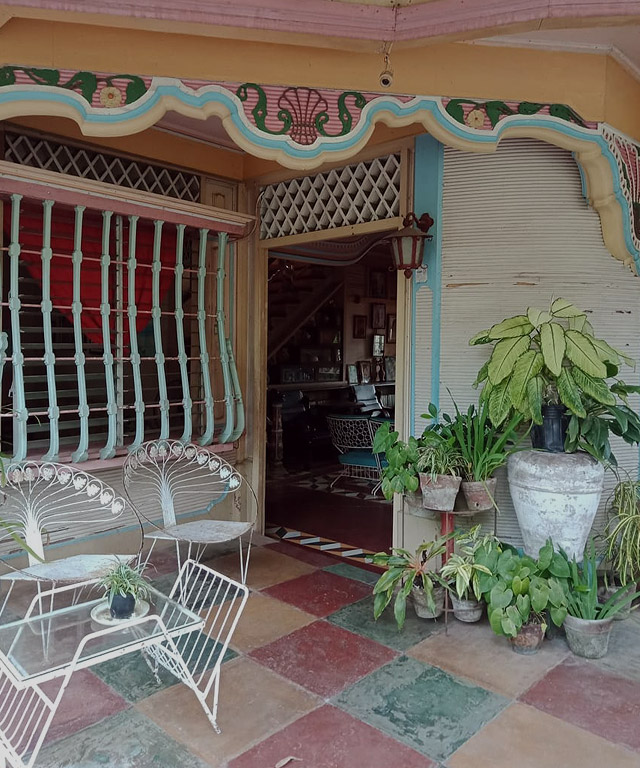 Its hard-to-miss façade bears pastel shades of pink, blue, and white. Intricate latticework on the second floor protects the stained glass windows, adding color to the already-vibrant structure. Upon closer inspection, the details give us a glimpse into the meticulous work that went into the house. The curves on the window grills and the engraved designs on the support beams are all part of the overall festive theme.

Work on the house began in 1937, but it was then made of bamboo. It was only in 1952 when family patriarch Meliton Sornito used concrete and wood to fortify the structure.

A Family of Creativity and Ingenuity

Meliton was a master carpenter who also dabbled in architecture and music. Locals who knew him said he was a “meticulous, obsessive, and imaginative artisan.” He married elementary school teacher Conrada “Da-day” Perez, who hailed from Pototan, Iloilo. She was one of the teachers who established the Santa Barbara Academy in her hometown. 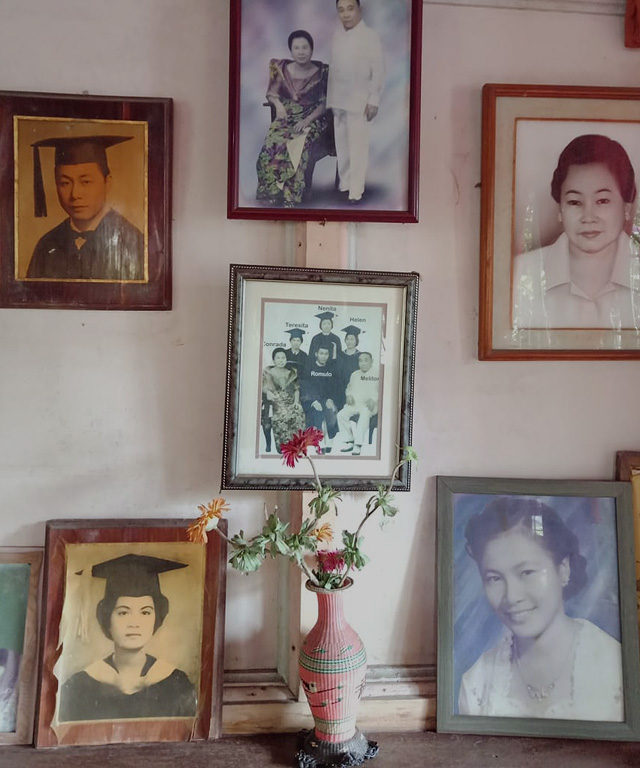 Meliton and Da-day had four children—three girls and one boy, who all went on to become respected professionals in their own fields.

Their eldest, Helen, became a lawyer and a government employee at the Land Registration Authority from 1986 to 2000. Nenita became an engineer with Master of Arts in Education. She eventually became the director of the Regional Science Teaching Center in Western Visayas State University and the regional director of the National Science Development Board in Region VI. Romulo was a drafter who finished a two-year technical degree. The youngest of the three girls, Teresita, is a graduate of Bachelor of Science in Commerce. She lives under the care of a family friend. 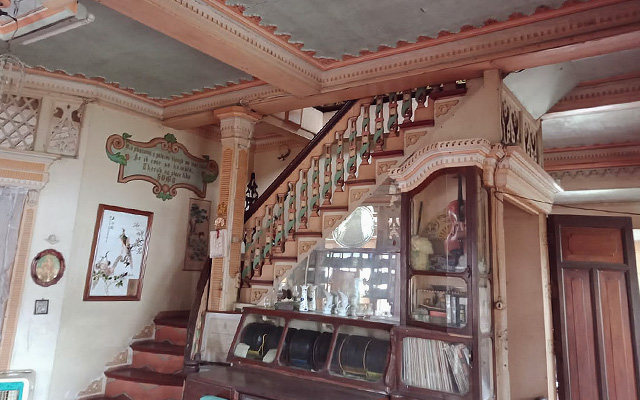 The tres marias never had the chance to walk the aisle. Romulo got married but never had a child to carry the family name. Since the family had no heir, the Sornito Residence was left in the hands of a loyal caretaker.

Stories of the Supernatural

It follows that a quirky-looking house also holds some very fascinating stories. One example is that, according to the townspeople, Teresita was at one time kidnapped by strangers who were believed to have an interest in the house and the valuable things inside it. Thankfully, she was saved and the matter was never talked about again. 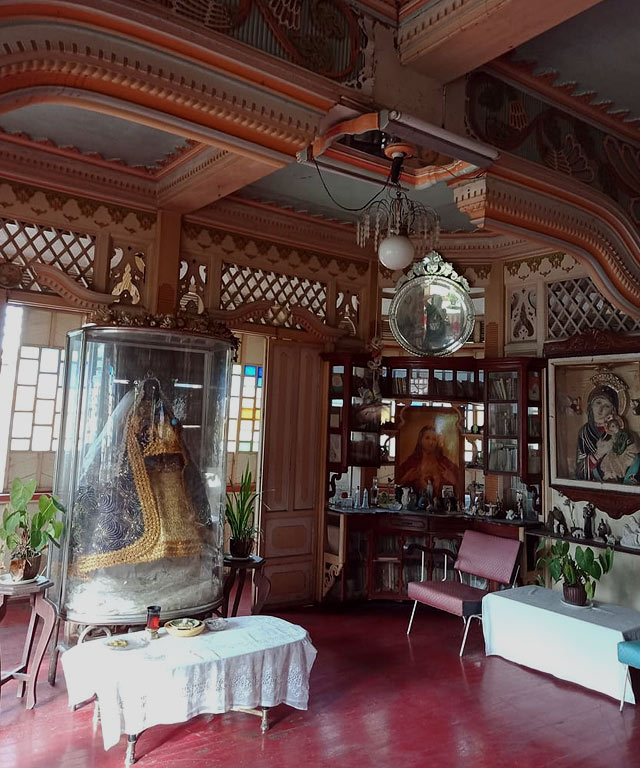 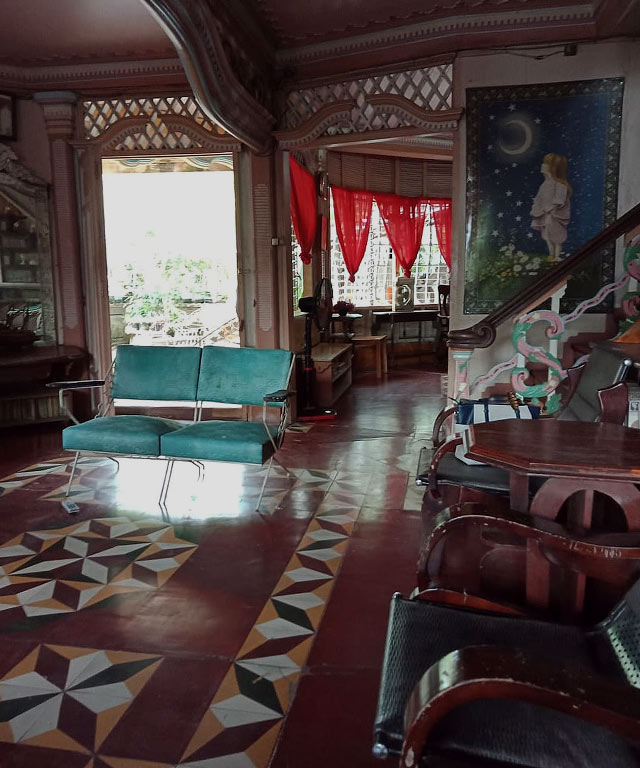 Prayer meetings and faith healing sessions were also often held at the Cake House, especially since the Sornitos believed in the power of the miraculous image they have of Sta. Regla. Mauring, the village faith healer, would visit the house and guide the townsfolk in prayer and healing. Guests claimed that they would see three dwarfs playing around the stairs of the house and in one of the rooms on the ground floor.

ADVERTISEMENT - CONTINUE READING BELOW
Some parts of the Cake House can already use some restoration. PHOTO: Volt Palana


Cake House as a Heritage Landmark

Whether or not these stories are true, the town still considers the Cake House to be a significant landmark, long before it was declared an Important Cultural Property in 2015. It is cited by the National Museum of the Philippines as one of the “best well-preserved mid-20th century houses with American architecture influence,” possessing “exceptional architectural and artistic significance reflective of the town’s culture.” 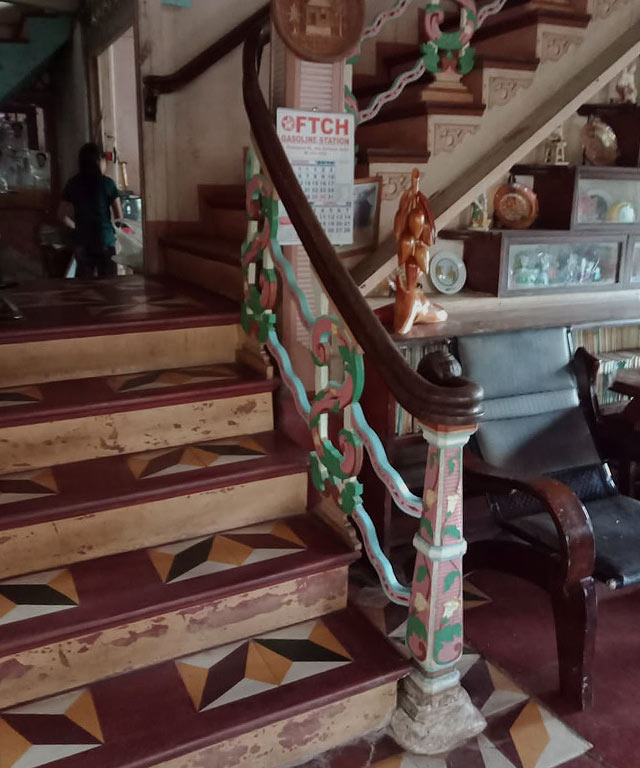 But this recognition stays meaningful only as long as the mansion can be preserved. So tour groups and heritage advocates have started including the the Cake House in walking tours. And there's the Santa Barbara Heritage Council, which oversees the Heritage Zone of Sta. Barbara, where the Sornito Residence is located. Still, one can't help but worry: how long before another historic structure succumbs to "development"?

Only with a better appreciation for these storied structures can we help to preserve them. Otherwise, it’s only a matter of time before another gateway to the past closes shop.

CONTINUE READING BELOW
Recommended Videos
Your Guide to Thriving in This Strange New World
Staying
In? What to watch, what to eat, and where to shop from home
OR
Heading
Out? What you need to know to stay safe when heading out
Read more stories about