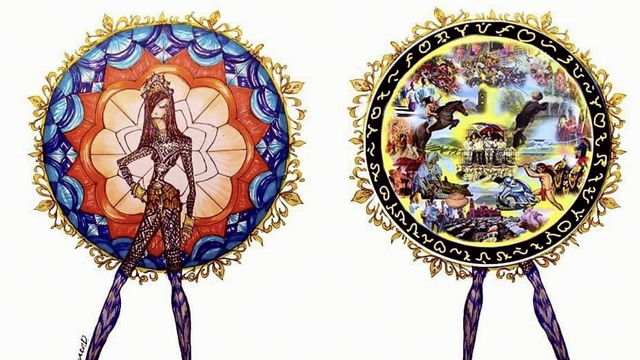 Catriona Gray's National Costume to Be Shown in Philippine Museums

It will headline a traveling exhibition.

(SPOT.ph) When Catriona Gray revealed her national costume during the pre-pageant events for Miss Universe 2018 in Thailand, a lot of people raved about the details of her ensemble. It represents the Philippines' three main islands and showcases the country's history. Given its significance, the National Quincentennial Committee—a government agency mandated to facilitate the celebration of the "500th anniversaries of the Victory at Mactan, the first circumnavigation of the world, and the introduction of Christianity to our ancestors"—asked for Gray's permission to have the Miss Universe national costume displayed in various museums under the National Historical Commission of the Philippines. On December 20, the ensemble finally arrived in the country.

The national costume starts with a parol-like piece, which is representative of Pampanga's parol-making industry as well as the famous Giant Lantern Festival held every December. It is surrounded with a brass border inspired by four Baroque churches in the Philippines, which were collectively declared a UNESCO World Heritage Site in 1993. On the back of the costume are paintings of key moments in Philippine history such as the execution of Jose Rizal and the declaration of independence, along with depictions of important Filipino traditions and local destinations. They were all painted in the style of National Artist Carlos “Botong” Francisco. The parol's border also has an inscription written in baybayin that translates to the first few lines of “Lupang Hinirang.”

Her beaded body suit was inspired by the Pintados, a label given by the Spanish to Visayan warriors because of their body tattoos. The design was based on illustrations of pre-Hispanic Filipinos from the 1590 Boxer Codex manuscript. Finally, the Mindanaons are represented through Gray's accessories: a headpiece and brass bangles from South Cotabato and embroidered knee-high boots inspired by indigenous textile patterns.

The whole set, which weighs in at 11 kilos, was carefully set in a smaller-sized mannequin. It also went through damage and materials assessment as soon as it arrived. This process was facilitated by the Materials Research Conservation Division of the National Historical Commission of the Philippines. It will be on a traveling exhibition at the Museum of Philippine Social History in Angeles City, the Museum of Philippine Political History in Bulacan, the Museum ni Emilio Aguinaldo in Cavite, and the Museo ni Jose Rizal in Fort Santiago. Entrance to these museums is free.