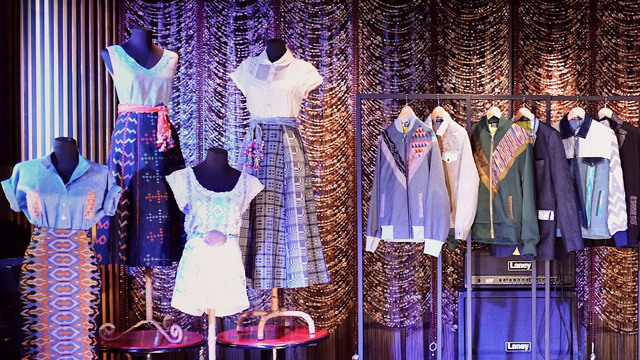 (SPOT.ph) Every busy city has its own creative neighborhood—a community of visual artists, writers, and thespians going in and out of their studios-slash-home to produce their next great masterpiece. In the city of Manila, the North Syquia Apartments have served as the residence of some of the biggest names in the Philippine art scene since it opened in the 1930s. In the 2000s, the Art Deco building hosted open-house parties where residents' guests moved from one room to another. This intimate vibe of meeting friends of friends and expanding one's "clout," so to speak, is the inspiration behind the new format of MaArte Fair 2019. The first ever MaArte oPen House will run from August 16 to 18 at The Peninsula Manila in Makati City.

"We were very, very close and a family-like group of tenants," says Phyllis Zaballero, a visual artist and vice president of the Museum Foundation of the Philippines Inc., about her 21-year stay on the fifth floor of North Syquia Apartments. The group, which then included photographer Neal Oshima, director Butch Perez, journalist Apa Ongpin, and other individuals who Zaballero describes as "kind of cuckoo people," wanted to meet the friends of their friends—so the open-house party was born. Each tenant had their list of 30 people who could enter the building. "The whole feeling was you come into my apartment, my door, my studio. I don't know who you are. You come up and I approach you and I say, 'Hi, welcome. I'm so and so. Whose friend are you?'" This went on for six to seven years, and these friends of friends eventually became their own people.

Zaballero’s story easily became the inspiration for the Museum Foundation of the Philippines Inc.'s (MFPI) new outlook for the MaArte Fair. "This time, [guests are] still going to enter into spaces, but more intimate spaces. So you get to know the merchants better," says Mico Manalo, an architect and treasurer of MFPI, about the set-up. This takes after Syquia Apartments’ open-house experience where "everybody is a friend."

The MaArte oPen House will feature 65 exhibitors spread out in 46 rooms on two floors at The Peninsula Manila. "Because of this new set-up, the guest will experience a new type of shopping. It’s like visiting [the exhibitor’s] homes," explains Albert Avellana, president of MFPI. He also promises that this year’s edition of the MaArte Fair is "bigger and better."

MaArte Fair was established by MFPI in 2008 when it was just a small table set-up at the National Museum of the Philippines. It later moved to Rockwell Center in Makati City, before moving again to The Peninsula Manila in 2017. This trunk show is a fundraising event for the benefit of the National Museum.