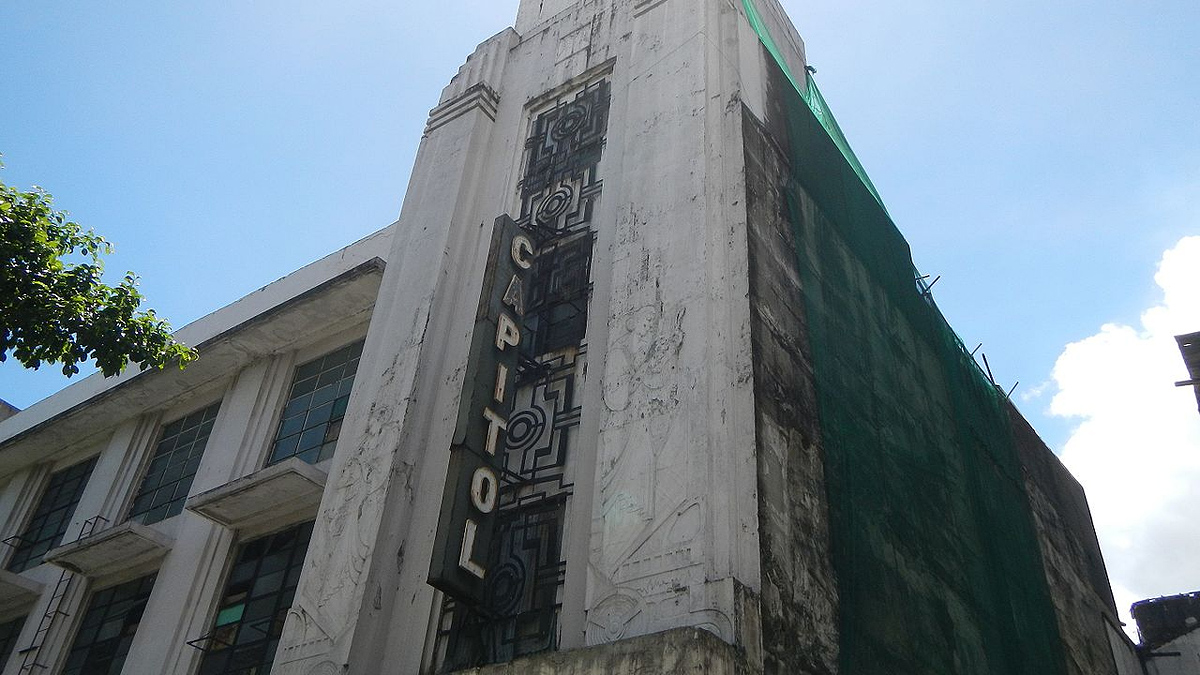 It was one of the district's best examples of Art Deco architecture.

(SPOT.ph) In Metro Manila, it's more common to see pre-war structures being demolished to make way for more nondescript examples of real-estate development. Some of the beautiful heritage buildings that we've lost in recent years include the Mandarin Oriental Hotel in Makati, built in 1976, the 1940s Carlos Palanca Mansion along Taft Avenue, and the 1936 Meralco Head Office in Manila. Adding to this long list of historic structures is the Capitol Theater along Escolta Street in Manila, which was torn down in the week of June 14.

The Capitol Theater, which was designed by National Artist Juan Nakpil in the 1930s, served as one of the go-to cinemas and performance venues during a time when Escolta was the bustling center of commerce and culture in the Metro. The pre-war Art Deco building featured an exceptional façade that boasted geometric lines, intricate grillwork, and symmetrical design. The columns featured low-relief figures of Filipina muses—one holding a mask to represent theater, and one holding a lyre to represent music. Both carvings were done by Francesco Riccardo Monti. The wrought-iron grills on the stairs and the proscenium arch on the stage inside featured the sampaguita flower.

The theater could seat up to 1,100 people in its double-balcony set-up, which was one of the firsts of its kind at the time.

The National Commission for Culture and the Arts, National Historical Commission of the Philippines, and the National Museum allowed Ascott Resources and Development Corporation to demolish the Capitol Theater in 2017. This was on the condition that the tower and façade be retained, following a letter by the cultural agency in 2018 that this would be closely monitored.

Urban planner and respected architect Paulo Alcazaren, in a Facebook post, said that this happened "despite a heritage law (R.A. 10066) that is supposed to protect architectural icons over 50 years old." He explained that the "driving force" behind most of these demolitions are "high-rise, high-density developments for maximizing profit over any other agenda." Alcazaren also added: "There is no future without the past, no culture if heritage is erased, no sense of community or place if rooted only in greed."

Escolta Capitol Theater City Life Manila Adventurer Savvy Seasoned Architecture Cultural Heritage
Your Guide to Thriving in This Strange New World
Staying
In? What to watch, what to eat, and where to shop from home
OR
Heading
Out? What you need to know to stay safe when heading out