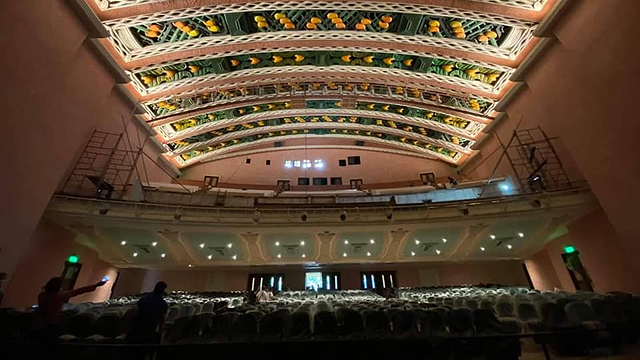 It's finally reopening this year.

(SPOT.ph) After it opened in 1931, the Manila Metropolitan Theater (a.k.a. the Met) was the go-to venue for watching zarzuelas, operas, musicals, and plays. The theater survived the Battle of Manila in 1945 but sustained damage and that, along with misuse and neglect, led to its closing. The good news is it's set to reopen this year in time for the 500th anniversary of the Victory at Mactan on April 27. This was according to an announcement made on January 3 by the National Quincentennial Committee.

Manila's local government on January 6 released photos of the developments in the ongoing restoration of the Grand Dame of Manila. According to Manila Mayor Isko Moreno, the Met will "tentatively reopen on June 24, 2021 for the 450th Manila Day celebration."

Check out these photos of the restored Manila Metropolitan Theater:

The Met was designed by architect Juan M. Arellano and inaugurated on December 10, 1931. Like the rest of Manila, it was partially destroyed during World War II. A restoration was initiated by then governor of Metro Manila Imelda Marcos in 1978, only for the venue to be closed down again in 1996. Former President Gloria Macapagal-Arroyo attempted to revive the theater in 2010, but the project didn't push through. By 2012, the theater was completely abandoned.

In 2015, the Government Service Insurance System sold the property to the National Commission for Culture and the Arts, which initiated a restoration project. The theater was reopened for a day on December 14, 2016, to celebrate its 85 years as well as recognize the efforts of heritage conservationists, artists, and volunteers of the restoration program formerly known as METamorphosis. But internal problems, according to a 2019 report by ANC, got in the way of the project's success. The current restoration is being facilitated by the National Historical Commission of the Philippines after the project was turned over in 2019.

Hot Stories You Might Have Missed
You'll Also Want to Read

Heading Out Manila Metropolitan Theater Manila Heritage Adventurer Savvy Seasoned
Your Guide to Thriving in This Strange New World
Staying
In? What to watch, what to eat, and where to shop from home
OR
Heading
Out? What you need to know to stay safe when heading out