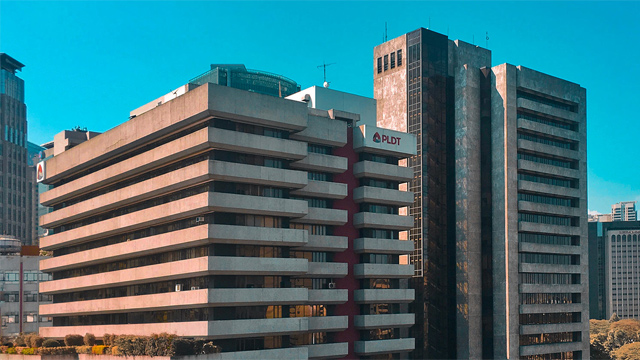 A study says "it does not represent the artistic merits of Locsin's oeuvre."

(SPOT.ph) Leandro V. Locsin (1928-1994) is one of the Philippines' most significant artists, having designed "75 residences and 88 buildings, including 11 churches and chapels, 23 public buildings, 48 commercial buildings, six major hotels, and an airport terminal building" during his lifetime. Because of his distinctive architecture characterized by space and scale, he was recognized as National Artist for Architecture in 1990.

Most of his works, including the Cultural Center of the Philippines, Sycip Law Office, Makati Stock Exchange, and the Philippine International Convention Center, are all protected from demolition and modification by law through their declaration as Important Cultural Properties. On May 17, the National Commission for Culture and the Arts announced in a post that there is an ongoing petition to delist Ramon Cojuangco Building, a 1982 work by Locsin, from the Important Cultural Property (ICP) catalog.

With Case Number NCCA – 05 – 2022 – 01, the Notice to the Public issued by the National Commission for Culture and the Arts (NCCA) said that Philippine Long Distance Telephone, which holds office at the Ramon Cojuangco Building (RCB), filed a petition to remove the presumption of the building as an ICP. The document pointed out that it "does not demonstrate exceptional cultural, artistic, and historical significance" since it "does not represent the iconic works" of Locsin and it is "generic, nondescript, and purged of any references to local culture, tradition, climate, or identity of the place." Their second point is that the "actual condition of the RCB considerably differs from the distinctive style of Locsin."

As in all requests for delisting an ICP, the NCCA said that "any person adversely affected by said petition may file their written support or opposition with this Office or through heritagelaw@ncca.gov.ph not later than June 7, 2022."

What Makes a Property an Important Cultural Property

According to Republic Act No. 10066, which is an act providing for the protection and conservation of the national cultural heritage, an ICP "shall refer to a cultural property having exceptional cultural, artistic and historical significance to the Philippines, as shall be determined by the National Museum and/or National Historical Institute." This Republic Act effectively protects the property "against exportation, modification or demolition."

"The property owner may petition the appropriate cultural agency to remove the presumption of important cultural property which shall not be unreasonably withheld," added the document.

PLDT at the Ramon Cojuangco Building

PLDT was established in 1928 through Act No. 3436, which granted it "a franchise to install, operate, and maintain a telephone system throughout the Philippine Islands" under the operation of the American telephone company GTE. Their service was interrupted during World War II, but the company quickly recovered and acquired more subscribers than they had pre-war. By 1967, Ramon Cojuangco and other Filipino entrepreneurs bought shares from GTE and took control of PLDT. Cojuangco was elected chairman on January 1, 1968.

PLDT commissioned the construction of the RCB based on the architectural design of Locsin in 1974. It was completed eight years later and was inaugurated in 1982. It rises 15-storeys high with three basements, a roof deck, and a podium garden.

According to the technical and heritage assessment by Arc Lico International Service Corporation in March 2022, the RCB "failed to demonstrate architectural and stylistic rarity, technoscientific innovation, physical integrity and the fundaments of Filipino identity." The architectural firm also pointed out that "the RCB deviates greatly from the typical and iconic design intent of Leandro Locsin, and is thus not representative of his corpus of work." The technical and heritage assessment, therefore, supports PLDT's grounds for the petition that the RCB, "does not represent the artistic merits of Locsin’s oeuvre, and is of negligible cultural, scientific, or social significance."