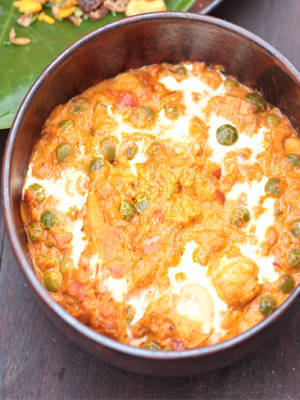 Where expats go to get a taste of home

SPOT turned to the experts themselves–expats whose taste buds are used to their national cuisine and still hunger for their own local flavors, to answer the question, "Where do you go to get a taste of home?" Photograph (left) by Ocs Alvarez.

With the proliferation of "fusion-Japanese", "fusion-French", "fusion-Spanish", "fusion-any-kind-of-cuisine" restaurants sprouting up, one wonders if there are any truly authentic restaurants that cater to traditional tastes. Or is everything out there a mishmash of "Filipinized" flavors, and are there any traditional restaurants that have kept true to their local flavors? SPOT turned to the experts themselves–expats whose taste buds are used to their national cuisine and still hunger for their own local flavors, to answer the question, "Where do you go to get a taste of home?"  SPOT rounded up expats from different nationalities who've been based in the country for over two years.

WHY THERE? These restaurants have kept to traditional Indian-style flavor and haven't localized the dishes." He shirks away from Kashmir, because "the price value trade off is too low." Saggar says that the best way to expand your Indian-dining repertoire is through dining with someone who knows their Indian dishes, as it can impact one's experience and flavor. Too much variety and ordering of the wrong dish combinations can really impact the eating experience, he says.

WHY THERE? She explains that the beauty of Korean food lies in the bountiful amounts served together, and her favorite restaurant that does just that is Song Do. While the atmosphere is upscale, the food is surprisingly quite affordable and very good. "Try the Korean-style sashimi set. While most people think that only the Japanese have sashimi, Korea's sashimi is quite good too."   Song Do is also well-known for their meat dishes, especially ju mul ruk, or marinated boneless beef with rice or noodles. As for Kaya, Jinnie is fond of yuk hoe or raw beef, served with sesame oil topped with egg, "It's heaven!" she exclaims. Jinnie hesitates trying Kaya branches inside malls, which aren't authentically Korean and charge per every side dish order. "I prefer their main branch on Jupiter Street in Makati," she explains."Plus the side dishes are free."

CUISINE: Italian
EXPAT EXPERT: Mirko De Giorgi, restaurant manager of Tivoli at the Mandarin Oriental
WHERE HE EATS: Balducci, and Caffé Caruso.
WHY THERE? "Balducci has an extensive wine list, and has all-around good food," he explains. Mirko is all praises for Balducci's Italian owner, Paolo: "He exudes love and passion, and this shows in his food. Balducci's pizzas really taste like how they do in Italy. And their fish soup is excellent!" he exclaims. Caruso's service on the other hand, is what draws Mirko to it, as its staff and manager are on their toes throughout the evening to keep their clients satisfied. "I also like their open kitchen, their great pizza, and fresh pastas."

CUISINE: German
EXPAT EXPERT: Again, Mirko De Giorgi, who is half-German and half-Italian.
WHERE HE EATS: Mickey's Deli
WHY THERE? "German restaurants are harder to find here in Manila, but Mickey's Deli does a good job at satisfying my German food cravings."   His   favorites include their weisswurst, sausages, crispy pork, and liver paté with bread.   Definitely not to be missed is the original Weiss beer from Germany, which the restaurant proudly carries.

CUISINE: French
EXPAT EXPERT: David Nouvelot, a CEO who has been residing in Manila for a decade
WHERE HE EATS: La Cabane, Café Breton
WHY THERE: "Their food tastes just like the food back in France." While the décor is tropical, the restaurant carries affordable French down-home cuisine, a novelty in the country where French restaurants are seen as upscale. "La Cabane is surprisingly affordable. I enjoy their couscous, their beef bourguignon, terrine, cold cuts, and soup.   I also like their rabbit cooked with mustard, and even their steak and fries tastes just like how it does in France." Nouvelot's family originates from Bretagne, which is where crepes originated, and he says "Café Breton has very good crepes, especially their salted crepes. But," he continues, "I'm disappointed they don't have good cider wine!"

CUISINE: Japanese
EXPAT EXPERT: Yuki Igarashi, I.T. professional,
WHERE HE EATS: Senri along Pasay Road in Makati, Tsumura in Salcedo Village,   Tanuki along Buendia
WHY THERE: Senri is known for their yakiniku, and Yuki loves their harami or beef. Tsumura is always consistently good for sushi, while Tanuki is his go-to place for yakitori or grilled chicken. He shies away from Filipino-Japanese restaurants, admitting he's never tried any of the well-known Japanese food chains around the metro. He places a premium on the freshness of the ingredients by which he judges quality Japanese restaurants, and which all three of his top choices excel in. His most disappointing Japanese dining experience in Manila?   "When I ate at Yamazaki and found a cockroach in my food!"

CUISINE: Thai
EXPAT EXPERT: Nivat Chantarachoti, general manager
WHERE HE EATS: Benjarong at the Dusit Hotel in Makati, Thai Patio in Greenbelt 5, People's Palace in Greenbelt 3
WHY THERE: He says Benjarong is   the most "authentically Thai restaurant" in Manila.   Everything from the décor, chinaware, music, and ambience exudes Thai flavor. He credits their Thai chefs of Thai Patio in Greenbelt 5, a franchise of a popular Thai chain, for producing great tasting, authentic Thai cuisine. People's Palace in Greenbelt 3, is another favorite of his, carrying mostly Thai-fusion food, but cooked very well.   "You can find the traditional tom yum soup, catfish salad, prawn cake, and bagoong fried rice all in my top Thai restaurant choices," he says.   Nivat quickly dispels the misconception that all Thai food is spicy. "Not true," he says. "I actually enjoy mildly spiced food. When starting out with spices, it's always wise to start out slowly, and build up from there."

Mickey's Balducci Cafe Caruso Benjarong Dusit Hotel Cafe Breton Breton New Bombay Peoples Palace Prince Of Jaipur Queens Caffe Caruso Tsumura Song-do La Cabane Korean Palace Thai Patio Indian Mickey's Deli Senri Tanuki Thai
Your Guide to Thriving in This Strange New World
Staying
In? What to watch, what to eat, and where to shop from home
OR
Heading
Out? What you need to know to stay safe when heading out