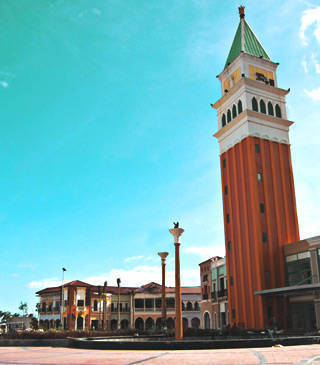 Hungry for a new dining hotspot to try out this year? SPOT.ph gives you a sneak peek at The Piazza at Venice, McKinley Hills.

The Piazza at Venice, located at McKinley Hills in Taguig, is home to new outlets of well-known dining destinations like Little Asia, Stackers, cafes like Figaro and Coffee Bean & Tea Leaf, as well as new dessert spot, Sol Gelato and soon-to-open restos such as My Thai, Red Crab and Harry’s by L’ Opera. The Piazza at Venice opened in mid-October of 2009 and the complex echoes the rich architecture of the Venetian Hotel in Las Vegas and Macau.

The Piazza’s first patrons include yuppies from neighboring office buildings and culinary students honing their skills at Enderun College. With its sprawling layout and variety of foodie destinations, The Piazza is poised to be a great alternative to the usual dining and recreation spots in Manila.

SPOT.ph takes a quick tour of The Piazza at Venice to check out some of the establishments: 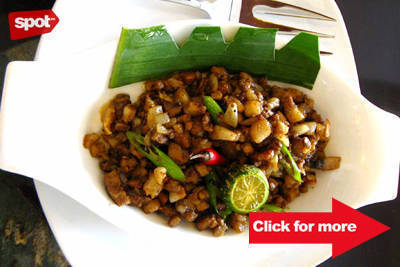 From the same group that brought us restaurants like Old Vine, Chef’s Quarter and Uncle Cheffy’s, Kuse is the new project of restaurateurs Mau Arjona and Larry Cortez. Unlike their first restaurants where they mainly served Continental dishes, Kuse’s menu highlights dishes that may be described as "lutong bahay." Arjona and Cortez are adamant about serving affordable Pinoy food in large servings and bestsellers are all under P300: Sinugba Pork Liempo (P295), with tender beef chunks marinated in soy sauce, tomato sauce and pickles braised and cooked twice; Pork Sisig (P295) cooked the Kapampangan way and Sinigang na Bangus sa Bayabas (P295), cooked with fresh guava and sampaloc. 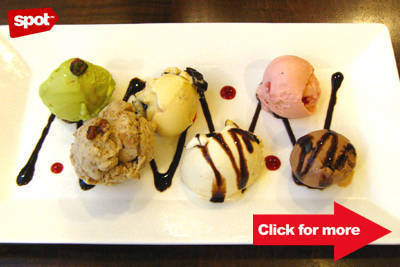 Entrepreneurs Kenneth Lim and Kats Go’s idea of putting up a gelato place came when the boyfriend-girlfriend team were thinking of possible business ventures. With the help of Go’s brother and chef Sophia Medel, they concocted new flavors along with gelato favorites to offer at their own store.

Apart from gelato, they also serve Al Forno, cakes with a scoop of gelato on the side (all P195): Carrot cake with pistachio gelato, Banana Walnut cake with vanilla bourbon and brandy snaps gelato and Molten chocolate cake with strawberry gelato. According to Chef Pia, the gelato flavors that are served with the cakes weren’t picked at random. They complement the richness of texture and flavor of the cakes. They also serve frozen yogurt, biscotti and affogato. 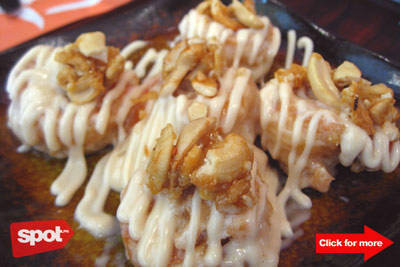 Building on their reputation for offering Chinese cuisine with a twist, Little Asia’s newest outlet will give patrons a more upscale ambiance-without the upscale prices. Though they pride themselves on providing loyal regulars with their favorite dishes (even ones that are no longer on the menu), they’ve made it a point to create a number of new dishes every few months, taking inspiration from things like cookbooks and cooking shows, or travels abroad.

Little Asia at The Piazza will offer the usual favorites which, according to owner, Charlemagne Lim, include Boneless Tilapia with Honey-Mayo Sauce (P215) and Little Asia’s Crispy Chicken (P245). But the new dishes worth trying are the Crispy Codfish (P465), which are perfectly cooked with light soy sauce; the Fish and Chips (P255) with tonkatsu-tartar sauce; and, if you’re feeling decadent, the Ebi Bacon Maki (P475): grilled Tiger prawns with asparagus and Enoki mushrooms, all deliciously wrapped in bacon.

Little Asia The Piazza Kuse Sol Gelato
Your Guide to Thriving in This Strange New World
Staying
In? What to watch, what to eat, and where to shop from home
OR
Heading
Out? What you need to know to stay safe when heading out