CHECK IT OUT: Cucina Andare at the Glorietta Park, Ayala Center, Makati City
Loading
Already a member? Log in
No account yet? Create Account
Spot.ph is your one-stop urban lifestyle guide to the best of Manila. 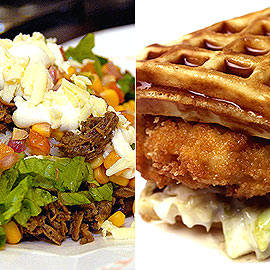 CHECK IT OUT: Cucina Andare at the Glorietta Park, Ayala Center, Makati City

Food trucks are finally in Manila! 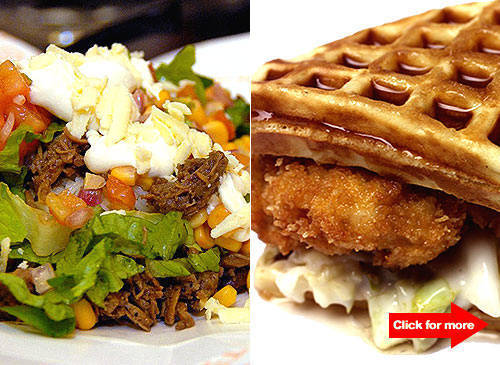 (SPOT.ph) We didn't think it would come this soon but the food truck trend, which is all the rage in the US food scene, has finally and thankfully shown its presence in Manila. Last Friday, Cucina Andare opened at the Glorietta Park in Makati. It’s the first food truck market and bazaar in the Philippines, brought to us by the same folks behind Mercato Centrale. It’ll be open all through December from Fridays to Sundays, from 4 p.m. to about 3 a.m. the next day. Sounds like organizers had Christmas parties and simbang gabi in mind, no?

When SPOT.ph went to opening night last Friday, December 14, seven legit and attention-grabbing food trucks like Chef Broosy, Guactruck, Shawarma Bros, and Q-Kebab, among others, were parked and on display, while the rest of the vendors were neatly laid out under white tents. A bigger seating area and more trash bins would make Cucina Andare a lot more enjoyable, but in any case, it's a novel idea and one that makes us feel as though we're right in step with the rest of the foodie world.

Cucina Andare runs all weekends of December at the Glorietta Park in Ayala Center, Makati City.