CHECK IT OUT: Weekend Brunch by Kasbah at the Fort Strip, Bonifacio Global City
Loading
Already a member? Log in
No account yet? Create Account
Spot.ph is your one-stop urban lifestyle guide to the best of Manila. 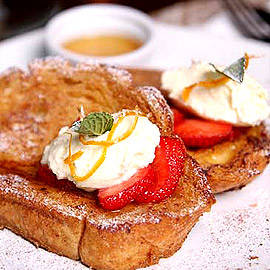 CHECK IT OUT: Weekend Brunch by Kasbah at the Fort Strip, Bonifacio Global City

Relaxed is where it’s at.

(SPOT.ph) There is much to be learned from Kasbah owner Madonna English. Yes, that is her name, and no, it is not a screen name. She is relaxed, and despite the demands of Kasbah's brisk business, her feathers remain unruffled. "Brunch is the one opportunity when people can take their time, you know," she says over a spoonful of Shakshuka, easily the star of Kasbah's brunch menu. 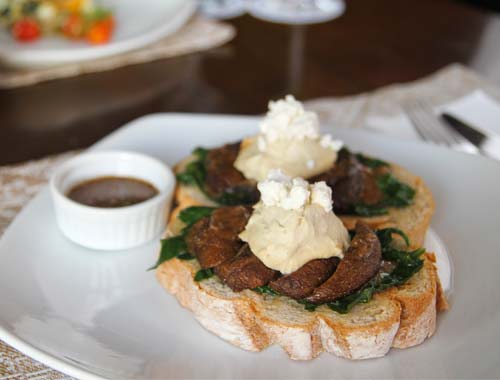 Along with the gorgeous brunch fare-the open-faced Portobello Mushroom Spinach sandwich (P220) is a must-the plush sofas, soft music in the background, and the easy pace of the wait staff will make you want to do as Madonna does and have a laid-back, relaxing Saturday.

Kasbah's brunch menu is deceptively small and compact; there are only eight items on the menu. But all eight, served in shareable sizes, burst with so much flavor, you’ll forget your initial baka bitin thoughts and reservations. While not exclusively Moroccan, each dish is mainly informed with Madonna's memory of the country and made from her personal recipes developed through years living all over the globe.

So there's the aforementioned Portobello mushroom spinach open sandwich, to which Madonna adds hummus and feta cheese. The result is quite surprising-the mushroom gives the dish the meaty punch, the hummus, a nice base, while the spinach provides a nice zing. 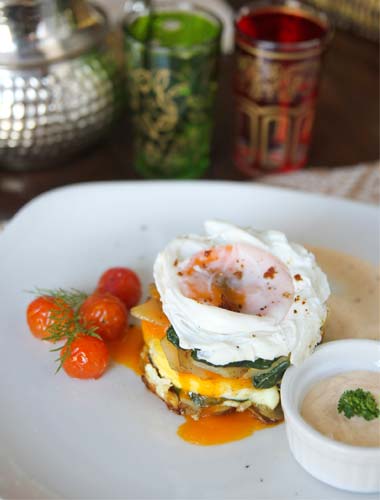 "I think the Braised Egg is often overlooked," Madonna says after scanning the menu, when asked what her favorite is. The Braised Egg (P220) is a layered dish of baby potatoes (nicely seasoned, if we may note), tomatoes, and spinach; Moroccan by way of yogurt. 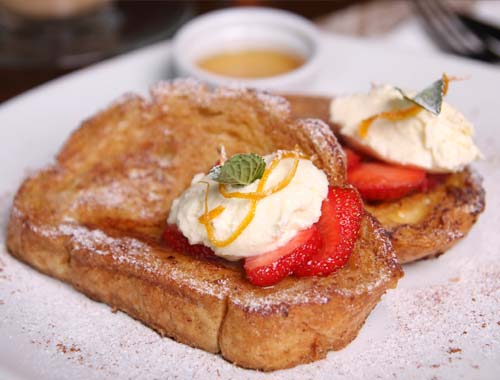 A delightful surprise is the Orange cardamom French toast and honey strawberry with mascarpone cheese (p255). Unlike most French toasts, seemingly drowning in and heavy with fat and sugar, Kasbah's has a nice refreshing twist to the wide scope of flavors the dish holds. It's the hint of citrus from the orange batter, or the bold flavors from honeyed strawberry. 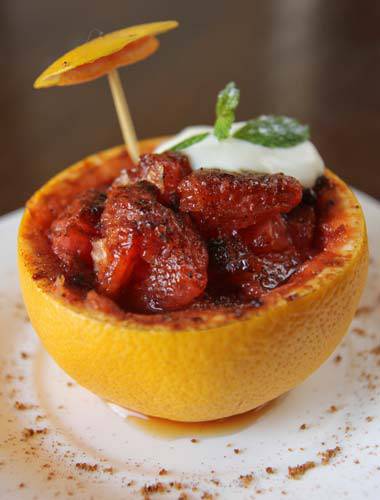 Another fantastic surprise, though we don't suppose it's for everybody-but everybody should give this a try, at least-is the Grilled Grapefruit with star anise, muscovado sugar, and Greek yogurt (P160). The muscovado sugar takes the bitter taste of grapefruit away, while the yogurt puts a subtle sour subtlety to the dish. 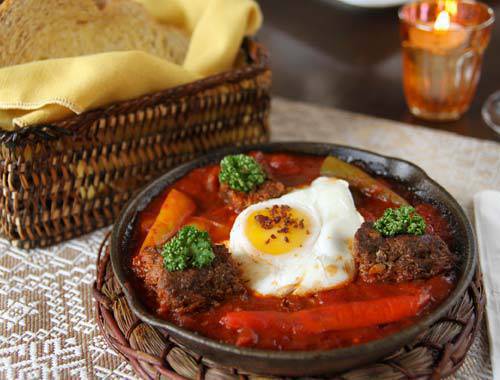 Not that you'll want to enforce self-defense during weekend brunch, but if you could only go with one dish, get the Shakshuka aka The Hangover Buster (P275). It may strike you as intimidatingly spicy-all that red sauce, and all those peppers-but the spice level is surprisingly tame. "Shakshuka is actually an Israeli dish," Madonna informs, "and the original dish doesn't have sausages." It is the sausages that makes Kasbah's Shakshuka version Moroccan; and together with the spiciness and the poached egg, a spot-on hangover buster. It comes with a piece of bread, with which you’ll want to wipe the skillet clean of the sauce. 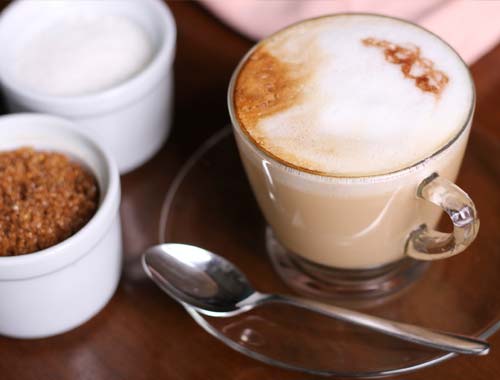 Of course, what is brunch without coffee? Madonna is madly proud that Kasbah serves Vittoria coffee, widely popular in the land down under. "Hello, Al Pacino!" she exclaims, repetitively saying how The Godfather star, who never does commercials, agreed to be the image of the brand. We took a sip of the coffee, had a slice of the French toast, and lazily chatted the Saturday afternoon away.

Moroccan Cuisine Manila Kasbah
Your Guide to Thriving in This Strange New World
Staying
In? What to watch, what to eat, and where to shop from home
OR
Heading
Out? What you need to know to stay safe when heading out