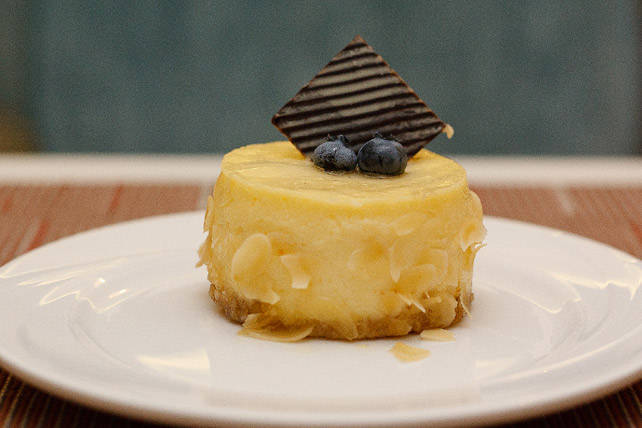 Which cheesecake in Manila had that perfect balance of sweet and tart?

by Sandie Gadia
Dec 27, 2013
Shares
Share Tweet
Share
Pin
Tweet
Viber
Copy Link
(SPOT.ph) We scoured the streets of Manila to find the best cheesecakes around town, and while it wasn’t easy (really, how could it be?)-several plates of tarty goodness, too-many coffee cups, and happy tummies after-we finally give you the best of the best.

Presenting: our top cheesecake picks, each one made of awesome (that is, a superior take on the delectable mix of cream cheese, crushed crackers, sugar, eggs, and assorted toppings), thus, guaranteed to get you to come back for more. 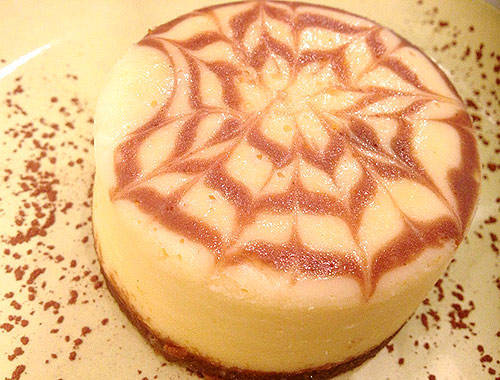 Of Classic Confections’ selection of cheesecakes, the most basic type wins them all. This bestseller is delectably thick from top to bottom, devouring it could feel like feasting on a block of cream cheese. Each bite is made more special when taken with cocoa powder and a cup of joe, as they come together for a wonderful celebration of sweet, sour, and bitter flavors. Really, this cheesecake is a perfect meal-ender, the type your palate will remember for a long time. 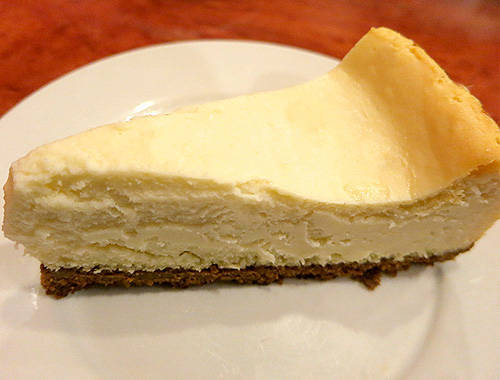 Each slice of Mamou’s New York Cheesecake is served uneven and devoid of ornate toppings. But this cheesecake, in all its plain glory, is anything but lackluster as proven by its distinct flavor. Just a word of caution: you may have to wait a bit for the powerful cream cheese to work its magic as each bite of this cake may be too delicate on the onset. If you are in the mood to up the flavor of your dessert, pair it with the hefty scoop of whipped cream on the side.

Mamou has branches at The Podium, Ortigas Center and Serendra, Taguig. 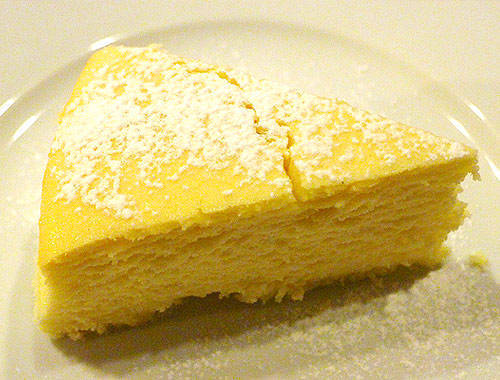 Uno’s cheesecake disguises itself as a buttercream sponge cake dusted with powdered sugar at first sight. It is only a few forkfuls after when you are reminded that the cake base is undoubtedly cheesy and rich, just as a classic cheesecake should be. This cheesecake maintains its light and spongy texture all throughout, with the cheese flavor kicking in subtly as if the primary intention was to tease your taste buds. While this may not be the most beautifully presented of cheesecakes, its taste proves that it shouldn’t be underestimated at all. 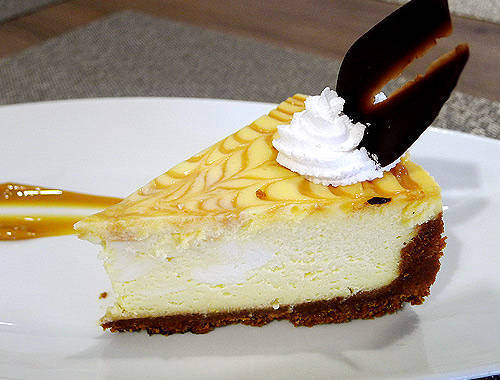 This newbie cheesecake from Tito Chef can very well rival other tried and tested varieties, but it is its unique play on textures and flavors that merits a mention. This Dulce de Leche cheesecake leaves a lingering, citrusy aftertaste, which we think properly complements the accompanying caramel sauce served on the side. Its crumbly crust is regarded as anything but troubling as it makes for a perfect fit for the well-structured cake base. A must-try!

Tito Chef’s is at No. 2 Presidents Avenue, Sucat, Parañaque. 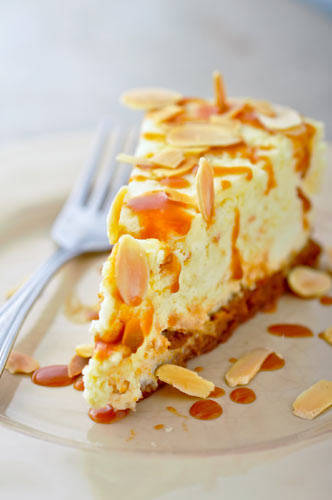 This cheesecake is able to fuse both sweet and sour with its clearly tart base and understated caramel flavor, each bite cool and refreshing. The best part about this cheesecake? It will take you by surprise with the occasional chunk of cheese partly concealed by the mouthwatering top layer of almonds (or walnuts at times) and caramel syrup.

Borough is at The Podium, Ortigas Center. 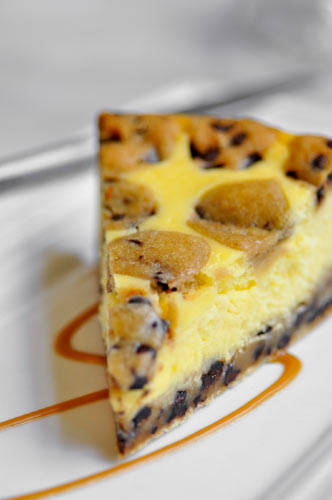 The cheesecake with the tricky name is unlike any other, it being a wonderful fusion of cake and chocolate chip cookies. Layers of slightly warmed cookies sandwich a velvety cheesecake base that tickles your tastebuds with each forkful, leaving an unmistakable sugary aftertaste. This cheesecake becomes especially special when the chocolate chips soften and spread throughout the cheesecake, upping the sweetness level of the cake a few times more. This is also on the menu at Chelsea’s sister restaurants, Mr. Jones, Momo, and M Cafe.

Chelsea has branches at The Podium, Ortigas Center and Serendra, Taguig. 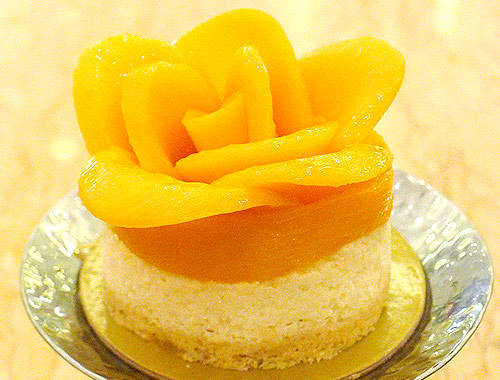 Bizu has long been a go-to place for some great macarons, that we’ve established, but the patisserie is also a strong contender for its cheesecakes, particularly the Fresh Mango Chiboust. This cheesecake tastes as good as it looks-from the perfectly ripe mango slices, to the luscious cake base, to the sweet graham crust. Admittedly, this cheesecake is mindblowingly sweet (ranking about an 8.5 of 10), but if you have a big sweet tooth, then it would be too sinful to pass up. Given its strong sugary kick, our recommendation is to pair it with a cup of brewed coffee, and you’re good to go! 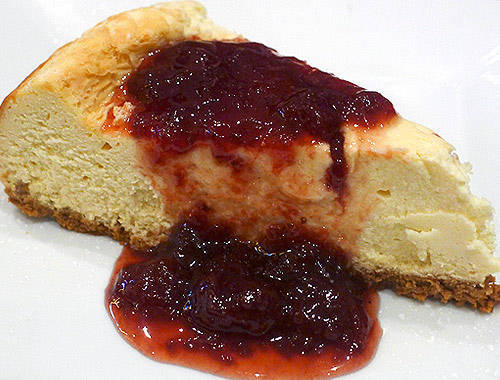 Who would’ve thought that watering hole Draft Gastropub could be home to one of Manila’s best cheesecakes? But its inclusion in SPOT.ph’s list is well-deserved: serving size alone and already this cheesecake fares well in our book. This cheesecake is large enough to share among a group of three to four. You will be given a choice to add either strawberry or blueberry toppings, but the former is more preferable as it makes for a sweeter, more delightful contrast to the sturdy cheesy base with a delicate core. 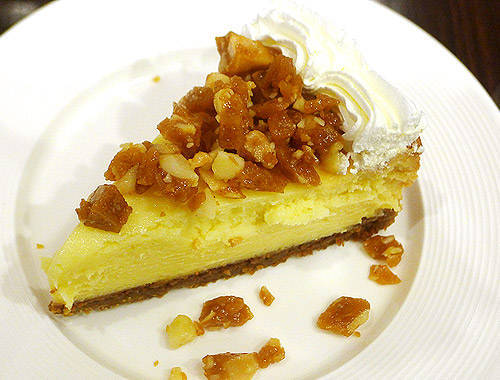 This White Chocolate Macadamia Brittle Cheesecake has been dubbed by the Philippine Daily Inquirer as one of 2009’s 24 best desserts, with good reason. It is a melt-in-your-mouth type of cheesecake (as claimed), each bite satiny smooth, the type worth savoring a good few extra seconds more to fully enjoy. This cheesecake also has a cult following, having received praise for the different flavors it is able to incorporate: the crispy, salty peanut brittle toppings, the buttery macadamias, and the rich, saccharine cake base infused with a bit of white chocolate and the undeniable tartiness of a good old cheesecake. 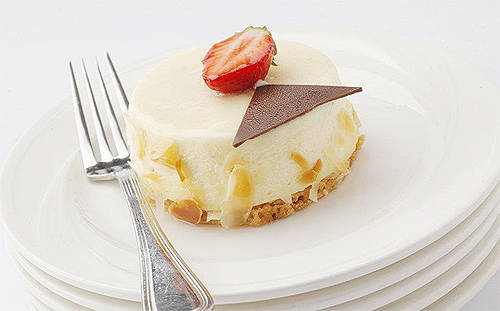 The Cake Club’s Baked Cheesecake ranks first for its quality: topnotch and unparalleled, the type of cheesecake created for foodies with discerning taste buds. The cake is quite possibly the richest of its kind in the Metro, and made even more special with a light crust, some berry and chocolate toppings, and slices of almonds to complement the already sumptuous cream cheese cake base. This cheesecake is also made in ice cream form, which we highly recommend as well.

Cheesecake Dessert Cheese Cakeclub Best Top10 Manila
Your Guide to Thriving in This Strange New World
Staying
In? What to watch, what to eat, and where to shop from home
OR
Heading
Out? What you need to know to stay safe when heading out