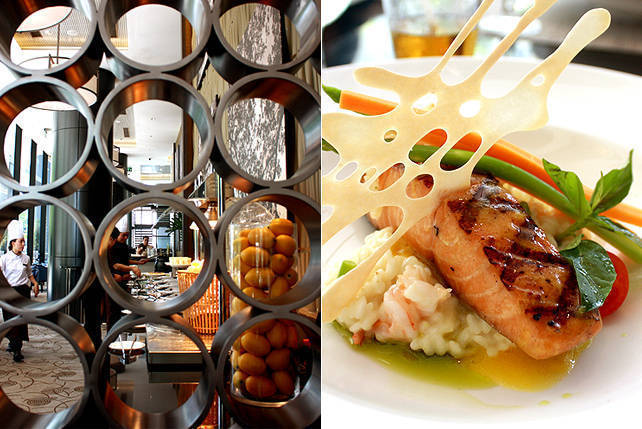 Tradition and good taste resonate at this elegant restaurant. 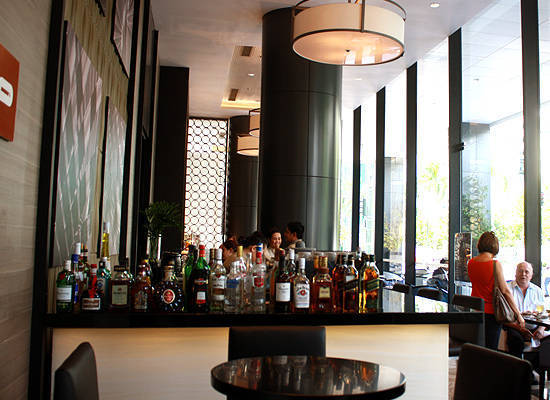 There is an option to eat outside, but the tables inside the perimeter, with the glass windows letting the natural light in gives us that effect without the humidity.

(SPOT.ph) The sharp rise in the number of restaurants in the city clamoring to fill seats has created a new culture where ambiance is equal to flavor, and ratty eateries only work if it’s a consequence of the theme. But Architect Conrad Onglao has created a masterpiece in the form of Misto that’s as far from ratty as you can get. There’s a conscious effort to touch on a cool sort of modernity-the color scheme (black, white, gray), the dramatic structural photographs by Tom Epperson that decorate the walls-but there are careful considerations to round out that edginess. Circular patterns on the carpet, lattices made of rings, and disc-shaped chandeliers accentuate what would otherwise be a cold setting. Glass walls and just a light gust of wind from the air-conditioning give the impression of al fresco dining. 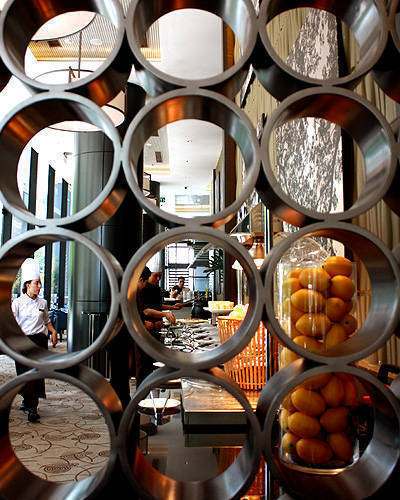 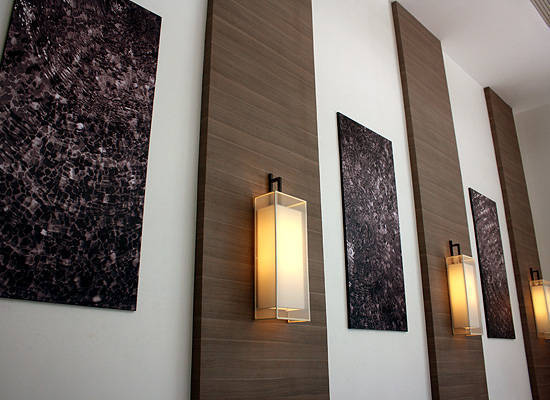 Tom Epperson’s gorgeous photographs decorate most of the walls at Misto, but around Seda, you’ll also find artwork by Ann Pamintuan and Jaime Zobel de Ayala himself.

Misto, which is Italian for "mixed," is the only restaurant at Seda Hotel. In the outskirts of BGC’s main dining district, Onglao’s design holds its own, exuding a sophistication that belies the traditional cuisine by Chef Romualdo Castillo. The conservative menu is made up of mostly Italian and Filipino favorites that the chef lovingly details to look picture perfect. The Chunky Tomato Soup (P220) arrived with the Spinach and Artichoke Dip (P220) alongside slices of baguettes and crackers. They’re offered separately on the menu, but it’s a pairing that’s as convincing as peanut butter and jelly, so you might as well get them together. The bread goes with either the refreshing bowl of warm, tangy tomato soup or the prescribed creamy dip that’s wonderfully laced with slices of artichoke and none of the mashed stuff that depletes its natural earthy flavor. 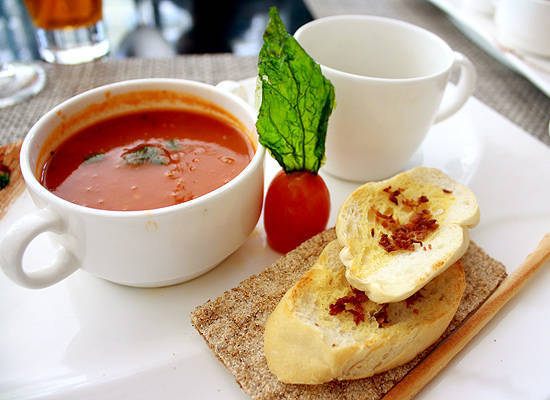 A marriage of two delicious dishes makes for one super delicious starter.

Chef Castillo isn’t coy about his artistry in the kitchen. It’s almost painful to eat the beautifully plated Grilled Cedar Plank Salmon (P600), with its pale yellow risotto, perfectly seared salmon, topped with a crispy tuile that’s more aesthetic than anything else. The risotto is creamy; shrimps give it a chewiness, and the salmon hints at a sweet smokiness underneath that salty crisp skin. Heed the small pile of julienned shallots for that sweet crunch that really takes the dish to a different level. 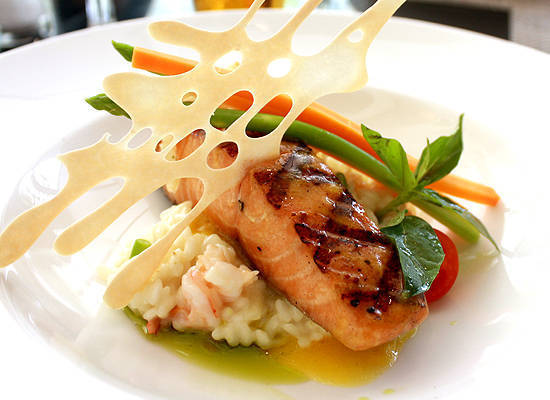 The Tiramisu (P150) hits all the right notes. With a presentation that ignores tradition, this Italian confection is served in a tiny bowl, and the flavors are fused in a concoction that resembles custard, except when the spoon hits those few chunks of soaked ladyfingers. There’s a dollop of cream on top that brings out the delightful bitterness of coffee, which, in turn, flavors a richness that sticks to your mind and palate. 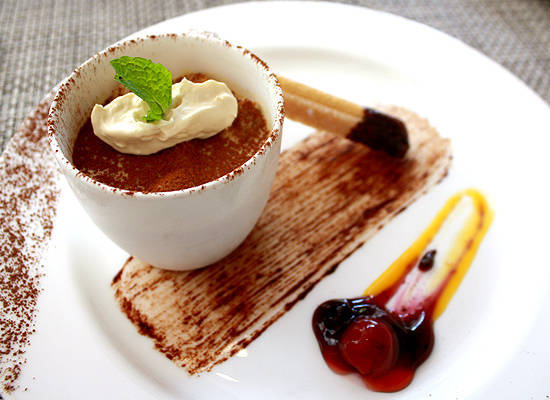 It’s interesting to note that Misto doesn’t feature a buffet, which these days even the humblest boutique restaurants manage to squeeze into their venue. But this solitary restaurant speaks volumes about Seda itself. It does things on its own, and not because everyone else does.

Misto Seda Bgc Ayala
Your Guide to Thriving in This Strange New World
Staying
In? What to watch, what to eat, and where to shop from home
OR
Heading
Out? What you need to know to stay safe when heading out