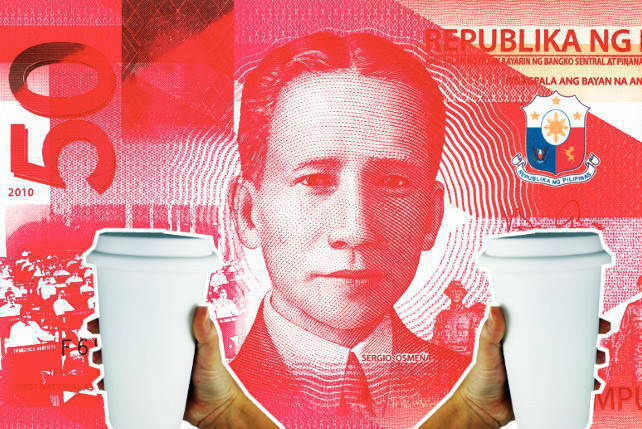 Top 10 Brewed Coffee in Manila for P50 and Under

It’s the only thing standing between you and the nearest available surface for sleep. 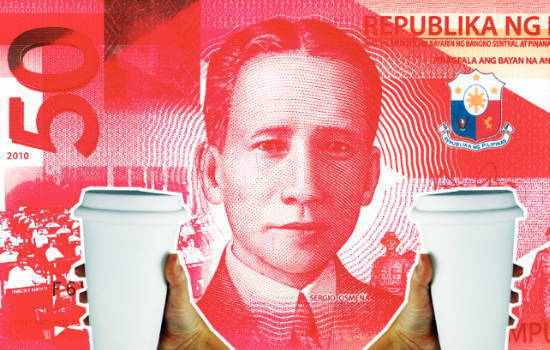 (SPOT.ph) Coffee. It’s the luscious dark brown liquid that human beings ingest to help deal with the dreadful moments in between dreams. It’s the bitter pill that turns cranks into civilized conversationalists. It’s the gateway drug to marriage ("You wanna have coffee some time?"). It’s one of the few mood-altering drugs you can legally take to make life more bearable.

Instant coffee is great and all (we raise our mugs to Kopiko) but it just doesn’t have that sobering slap on the face that brewed coffee gives you. We realize that not everyone can casually stroll into schmancy cafés that have the latest trend in brewing the perfect cup or perhaps, out of virtue, some people can’t find the sense in spending more than half a hundred on something that you’re just going to flush down the toilet (well, ultimately).

Combining the two ideas together-the need for caffeine and a cup that won’t leave your wallet thirsty-we bring you the Top 10 Brewed Coffee for P50 and Under! 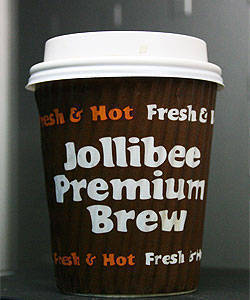 During non-peak hours (but when is it not a peak hour at Jollibee?), you can enjoy a single order of your favorite picker-upper for the odd price of P31. Depending on when and where you are, the coffee can be pretty good but if the odds are not in your favor, the brew can be a bit watery. The condiments are free, so you can fix that up quick but it loses points for turning a simple task into coffee-roulette.

Serving suggestion: Three packets of sugar, two packets of creamer-if the batch you chance upon isn’t their best. 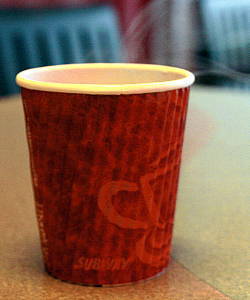 Getting a cup of coffee in Subway is great for one reason: you’ll be in Subway, so you might as well have a fantastic sandwich. Personal feelings towards meat between bread aside, the coffee needs exactly one packet of brown sugar to get a flavor boost.

Serving suggestion: Have it with a sub? 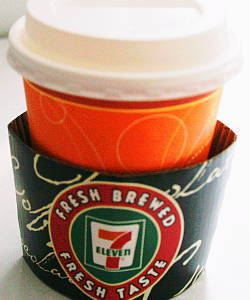 If availability were the name of the game, 7-Eleven would win this coffee competition. The smallest cup they have will only cost you P25 and at P45, the largest size they have is still under P50. The taste of the coffee varies from store to store (some brews taste a bit watered down, some taste marvelous) and not all branches carry it.

Serving suggestion: Try the other mixes they have, like the French Vanilla (especially in the McKinley Hill branch). 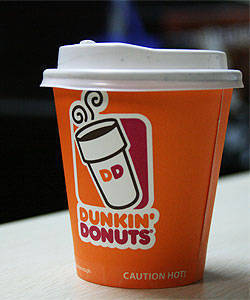 The donut (and Cronut) war won’t be won any time soon but despite the changing times, Dunkin’ Donuts has remained both accessible and affordable. Aside from the choice of pastries, Dunkin’ offers a cup of coffee that will leave you enough change to purchase another donut (in case one is not enough). It’s a little flat on its own but with a packet of sugar, it’s a pretty decent vessel for caffeine to get in your system.

Serving suggestion: Grab a packet of sugar and maybe a creamer. 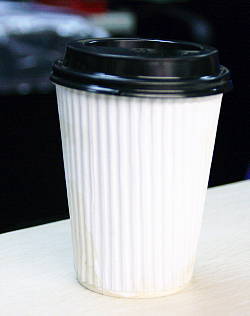 The best thing about Adobo Connection’s brewed barako coffee? The refills are free...if you eat there, of course. If you choose to have your drink elsewhere, you’re walking away with a 12 oz. cup in your hand-still more satisfying than drinking a 8 oz. cup for a much higher price. It tastes exactly like coffee should and if it’s too barako, there’s nothing in it that a packet of sugar or creamer can’t fix.

Serving suggestion: They’ll hand you three packets of sugar and two sachets of creamer. Use sparingly. 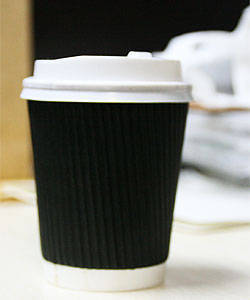 Yes, the local brewed coffee in Sugarhouse is P50. This means that yes, you can sit and read somewhere fairly quiet for P50. The coffee isn’t teeming with flavor but we like that they ask you if you want some Splenda to sweeten it.

Serving suggestion: Use the Splenda wisely. 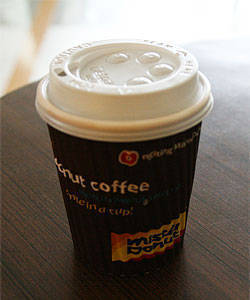 Mister Donut has its followers, yes, but they just don’t have the kind of donuts you crave-although they do win for being everywhere (the two Mister Donuts at the Ayala Station are just a few meters apart). That being said, their coffee? Surprisingly rich in taste. Some might want to tone the bitterness down with the complimentary condiments but if you need something to wake you up, gulp it down straight (once it cools, of course).

Serving suggestion: Strong on its own, you can temper it with sugar and cream. 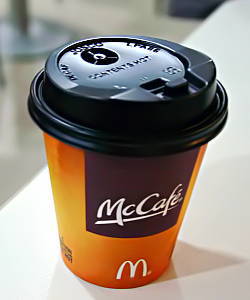 You can avoid cheeseburgers like the plague if you want but at P25 a cup and P15 for a refill, the coffee at McDonald’s is a great reason to walk into the lair of sinful fastfood fare. If you can stop yourself from ordering large fries to go with it, the brewed coffee in McDonald’s is not a bad replacement for the expensive brew from you-know-where. It’s strong and bitter, guaranteed to keep you awake. Order the larger cup (P35) and you’ll get the jitters, too.

Serving suggestion: For a small cup, take it with two packets of sugar and a creamer. Add some fries...and sundae...and a Big...no. No. Walk away. 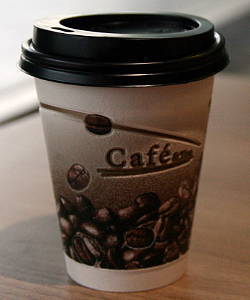 They dispense, not to mention sell, instant coffee, too, but consider FamilyMart’s cup of Café Americano. It’s good without condiments and that’s saying a lot. For those hesitant about the bitterness of coffee (those referred to by hardcore coffee fanboys as, "wimps") will find that this brew is mercifully flavorful without the biting tone. That’s not saying it won’t perk you up. We’re just saying you can go easy on the condiments.

Serving suggestion: Good on its own! Yeah! 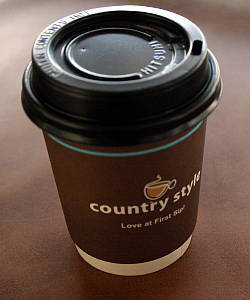 The packets of brown sugar that come with your purchase is a great big bonus but even without any condiments, the coffee from Country Style goes down so smoothly that you need to walk away from the store as fast as you can upon ordering. It’s a great cup of black coffee and it’s affordable, running you the risk of downing cup after cup after cup. (We give it extra points for not having an extra piece of cardboard as a cup-holder. The palm-protector is built into the cup. Yay for design!).

Serving suggestion: For a proper breakfast, have it with a bagel. The coffee is great on its own.

Coffee Cheap Affordable
Your Guide to Thriving in This Strange New World
Staying
In? What to watch, what to eat, and where to shop from home
OR
Heading
Out? What you need to know to stay safe when heading out