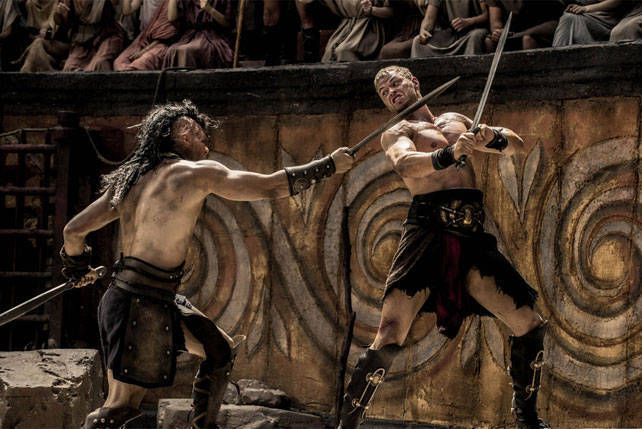 MOVIE REVIEW: The Legend of Hercules

Did SPOT.ph blogger Paul Daza enjoy this "swords-and-sandals adventure epic"? He weighs the pros and cons.

STORY: Set in ancient Greece, this swords-and-sandals adventure epic reimagines the story of Zeus' most famous demigod offspring as a string of blood-soaked clashes rooted in "half-sibling" rivalry. Unloved and despised by his stepfather, King Amphytrion (Scott Adkins), Hercules (Kellan Lutz) is sent on a suicide mission to Egypt, to fight in an unwinnable war. While he's away, his secret love Princess Hebe (Gaia Weiss) of Crete is forced to marry his jealous half-brother Iphicles (Liam Garrigan), who's next in line for the throne. Hercules must then use his extraordinary strength to fight bloodthirsty gladiators and skilled soldiers if he is to return to Greece and save its people-and Hebe-from the king and his power-hungry son.

The MMFF is over! Considering how underpromoted The Legend of Hercules was, it was quite a shock to see the huge crowd that turned up to see this PG-rated muscleman movie on opening day. Pinoy moviegoers must really have been craving a spectacle on a grand Hollywood scale after two weeks of My Little Bossings, Girl Boy Bakla Tomboy and Pagpag. If you're looking for a mindless adventure with epic battles and a love triangle involving a princess and two half-brothers, this fits the bill nicely.

The photogenic leads. As Hercules and his love Princess Hebe, Kellan Lutz and Gaia Weiss make a pretty pair. Their acting won't win them any awards, but that hardly matters in a popcorn movie like this, where being eye candy is enough.

The family feuding. Though I was most excited to see super-heroic displays of strength and blistering battles, what I was eventually most entertained by was Hercules' maltreatment at the hands of his scheming stepfather and half-brother. More than the skirmishes involving soldiers and gladiators, it was the father-sanctioned sibling rivalry and the love triangle that had me glued to the screen.

No monsters. Poor Hercules. So miniscule was the budget for his latest cinematic iteration that the most famous ingredient of his tale-the 12 Labors-couldn't even be brought to life onscreen. And so, the fearsome Hydra, the three-headed dog Cerberus, and the Cretan bull are nowhere in sight. The only thing vaguely resembling any of the 12 tasks is an early scene where Hercules wrestles and kills a lion, which his half-brother Iphicles takes credit for. (In Greek mythology, Hercules' first task was to kill the Nemean lion.) Sadly, the lion Hercules struggles with in the film is the most laughable clip of computer animation rendered since any four-legged creature appeared in The Twilight Saga. You want another example of how limited the film's budget was? They couldn't even afford to show us Zeus!

Director Renny Harlin's gaya-gaya "aesthetic." Save for its young and untested cast, nothing else about The Legend of Hercules feels fresh or innovative. In its 100 minutes, everything from the plot to the employed post-production techniques trigger memories of better movies from yesteryear. The speed-ramping technique that director Renny Harlin uses and overuses in the action scenes is lifted wholesale from Zack Snyder's 300. The rivalry between Hercules and Iphicles recalls the Thor-Loki dynamic from Marvel's Thor. The blue- and gray-toned cinematography is pure Gladiator, as is the subplot which has Hercules being bought by a slave trader so he could fight in the gladiator arena. The climactic siege towards the end is a low-budget version of the Helm's Deep battle from The Two Towers, and the shots where Hercules whips out lightning bolts to stun his enemies recall Mickey Rourke's Whiplash doing the same in Iron Man 2.

The slapdash ending. There's a beat in the climax of the movie that's completely unexpected and shocking. However, the hurried manner by which the film resolves the problem robs the ending of its power. 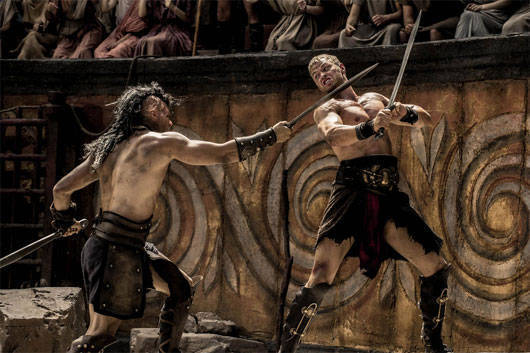 IN BRIEF: With its shamelessly derivative story and bargain-basement level visual effects, The Legend Of Hercules is best approached and appreciated as an above-average B movie.

Movie Review Thelegendofhercules Kellanlutz Twilight
Your Guide to Thriving in This Strange New World
Staying
In? What to watch, what to eat, and where to shop from home
OR
Heading
Out? What you need to know to stay safe when heading out