Welcome the Year of the Wooden Horse: Where to Celebrate Chinese New Year in Manila
Loading
Already a member? Log in
No account yet? Create Account
Spot.ph is your one-stop urban lifestyle guide to the best of Manila. 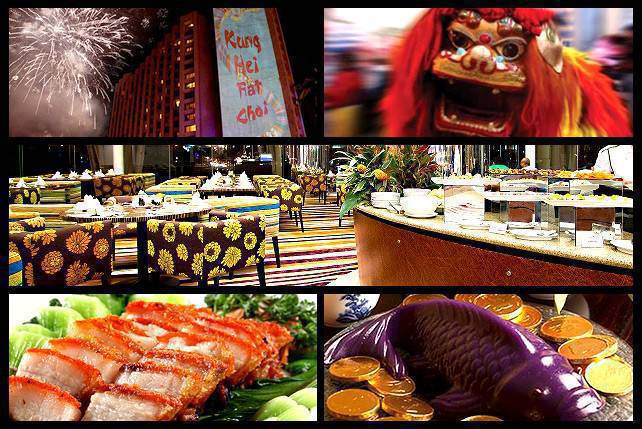 Welcome the Year of the Wooden Horse: Where to Celebrate Chinese New Year in Manila

Where to go for food, forecasts, and good fortune. 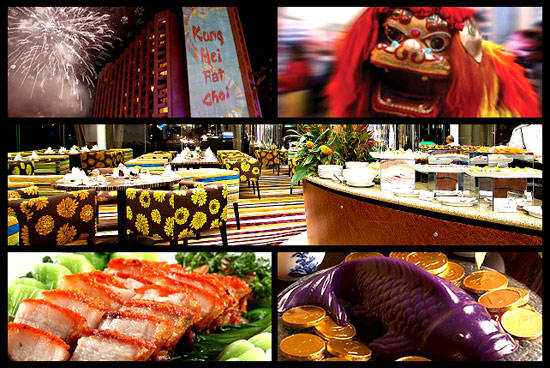 (SPOT.ph) Chinese New Year is one of the most superstitious holidays around the world. Don’t start the lunar year on the wrong foot. Eat your noodles, toss your Yee Sang, give away tikoy. You can never be too sure when it comes to wealth, health and prosperity. We’ve listed 10 hotels with special Chinese New Year celebrations to help you make the Year of the Wooden Horse the most auspicious year ever. For those born as a Rat or Monkey, you might want to read this. We hear it’s not going to be a very good 2014. 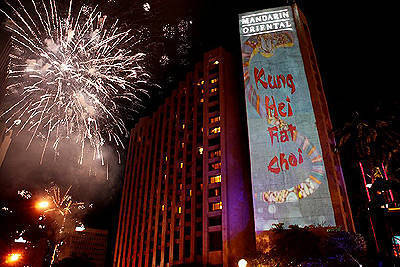 Chinese New Year is the highlight of Mandarin Oriental’s events calendar. The celebration begins at 9:30 p.m. on January 30, ushering in the New Year with their annual Grand Midnight Countdown. This year's more exclusive celebration entitles ticket holders to an intimate affair with a dragon and lion dance along the main driveway, a dazzling fireworks display, an eight-course Lauriat dinner at the Mandarin Ballroom complete with entertainment and a forecast by geomancer Master Joseph Chau (and a copy of his book), and cocktails. Ticketholders will also get a chance to win a trip for two to Macau, along with other prizes. Tickets are priced at P3,288 (adults), P1,688 (children). 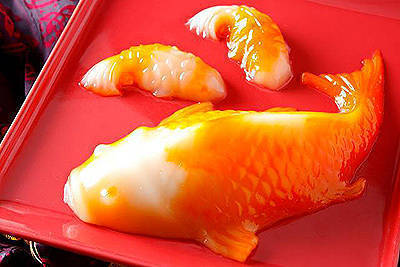 Festivities will start in Spiral on January 29 with a dinner and a 15-piece fashion show called Shanghai Nights by designer Albert Andrada. A dragon dance and fireworks display will usher in good tidings on January 30 while Chinese artist and calligrapher Alexis Ventura will perform a live painting and calligraphy session. 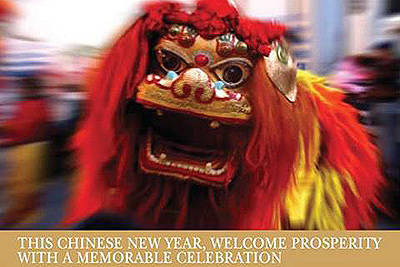 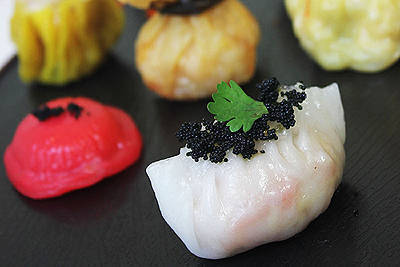 Crowne Plaza is kicking off the Year of the Horse with discounted rooms and special set menus in their restaurants. Book a stay at Crowne Plaza for two consecutive nights until February 13 and you can get as much as 25% off on your room rates and 50% off on a buffet breakfast at Seven Corners. For this special period, Xin Tian Di Executive Chef Sam Lee also crafted auspicious dishes for happiness, wealth, and good fortune in one delicious set menu.

On January 31, the Crowne Plaza lobby will also host an elaborate lion and dragon dance. 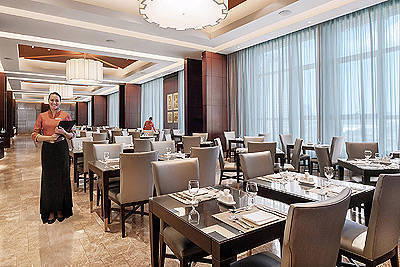 Start the Year of the Wooden Horse in utmost relaxation. Book the Crimson Hotel's A Dash of Luxury room package for a special rate of P3,888 per night, inclusive of a buffet breakfast for two at Café 8 and complimentary tikoy. Promo is available from January 15 to February 2. 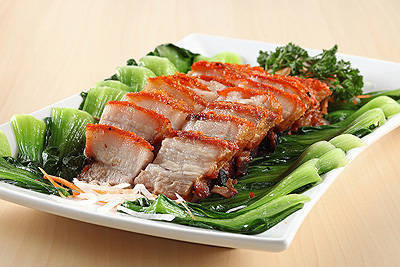 Know how to attract instant luck in a session with Feng Shui master Marites Allen on January 31. Tickets are priced at P2,600 per person, including access to canapés and a buffet lunch at Corniche. The first 100 guests to purchase tickets will also receive a free copy of Allen's book, Lucky Fashion Guide for 2014 Year of the Horse. Corniche, for their part, will integrate Chinese dishes like Roasted Suckling Pig, Steamed Grouper, and Dim Sum in the buffet. Special Corniche rates are P1,680, lunch or dinner, from January 23 to 31.

After the talk, a dragon and lion performance will be held at 11 a.m. at the hotel lobby. 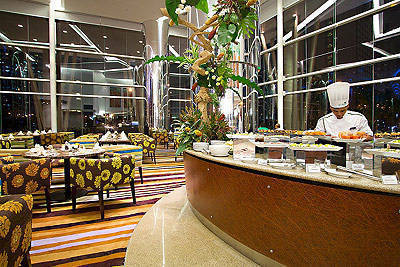 Keep things simple with a dinner buffet of well-loved Chinese dishes available from January 31 to February 2 at Acaci Restaurant. Delight in a myriad of Chinese dishes like Marinated Jellyfish in Spring Onion and Sesame Oil, Kung Pao Chicken, and Crispy Hong Kong Noodles at the buffet for only P1,288. Acacia Hotel is also offering the Indulgence Room for a special P4,999 price tag for an overnight stay, inclusive of a buffet breakfast, choice of lunch or dinner buffet or a one-hour massage, free WiFi and use of hotel amenities. 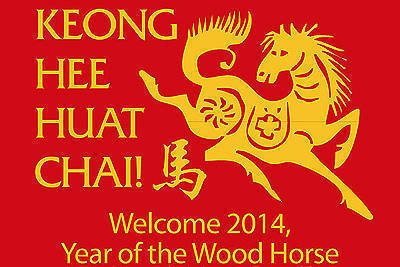 Century Park will become a feast for the eyes on January 30, 7 p.m., when they welcome the Year of the Horse with an eye-dotting ceremony and Lion and Dragon Dance. The festivities will also be replayed on January 31 at noon. From January 30 to February 1, there will also be a special price for the dinner and lunch buffet at Café in the Park. Prices start at P1,250. Children aged seven to 12 get 50% off, while everything is free for children six years old and below. 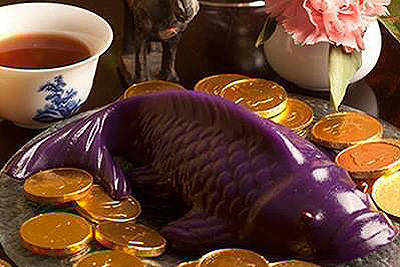 Makati Shangri-La will throw a festive party with a lion and dragon dance and firecracker display at the lobby driveway on January 30, 11 p.m., and again on January 31, 12:30 p.m.

Three of their restaurants will also be joining the celebrations. At Shang Palace, Executive Chinese Chef Richard Thong has developed new set menus with Cantonese specialties that range from P1,988 to P6,688. They will be available on January 30 for dinner and January 31 for lunch and dinner. Shang Palace has also altered their usual unlimited dim sum with the Dim Sum Plus lunch on the 30th and 31st for P1,288.

EDSA Shangri-La's guestrooms are going for only P7,500 for Chinese New Year. The package includes a buffet breakfast for two adults and two kids (below 12 years old) at HEAT, plus a complimentary fish-shaped tikoy. Promo is until February 2.

At Summer Palace, Chef Christopher Chai has his own version of the traditional Salmon Yee Sang. Guests will also have the option to avail of the Chinese New Year set menus with Braised Baby Abalone, Stewed Efu Noodles, and more auspicious delicacies. The Wealth, Prosperity, and Longevity set menus are available from January 28 to February 16, lunch and dinner.

Chinese New Year Hotel Celebrate Where Yearofthehorse
Your Guide to Thriving in This Strange New World
Staying
In? What to watch, what to eat, and where to shop from home
OR
Heading
Out? What you need to know to stay safe when heading out