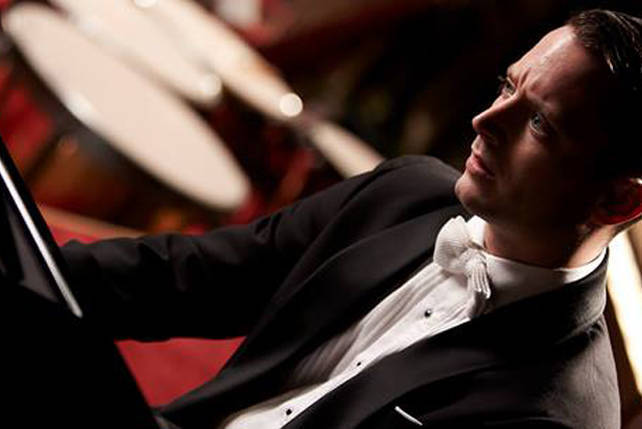 STORY: Years ago, talented pianist Tom Selznick (Elijah Wood) quit the concert circuit after a bad case of stage fright led him to give a disastrous performance. Five years later, he's coaxed out of retirement by his actress wife Emma (Kerry Bishe) to play in a sold-out, one-night-only concert in Chicago. A minute into his comeback performance, however, Tom sees a threatening note in his sheet music. The note says that if Tom plays so much as one wrong note during the show, a sniper will kill him and his wife. Tom must now give the performance of his life for the enjoyment of the unsuspecting audience and the mysterious sniper (John Cusack).

The nail-bitingly clever concept. Hardly anyone was surprised when the first two Die Hard movies showed how intense things could get if bad guys took over a skyscraper and an airport. Somewhat more surprising was Speed, which came out of nowhere and demonstrated that a speeding bus could provide one heck of a movie thrill-ride. And then came Phone Booth, which proved that unbearable suspense could be mined from the predicament of just one character in a space as tight as ...a phone booth. But to concoct a suspense thriller set in a packed auditorium with a pianist as protagonist? Could such a concept be sustained for 90 minutes, with events unfolding in real time to the beat and hum of a concerto's movements? For the most part, the answer is yes. Grand Piano is electrifyingly original, and unlikely to be topped or even equaled by any film aspiring to make a concert pianist's performance as nail-biting as any of James Bond's world-saving missions. 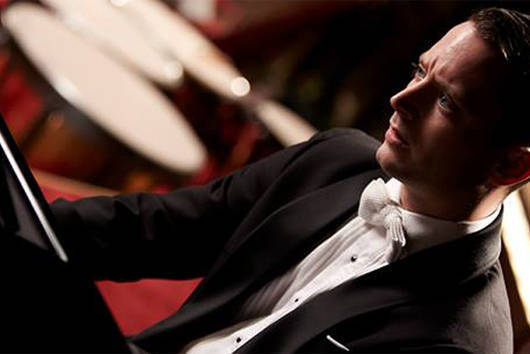 Elijah Wood faithfully renders his part as a pianist. Images from the movie’s Facebook.

Elijah Wood's virtuoso performance. As a pianist with a very relatable case of stage fright, Elijah Wood makes Tom Selznick a very accessible artist, one whom anyone can instantly like despite his highbrow occupation. And the Lord of the Rings star doesn't cheat the audience with fake piano-playing either. In many shots, you can actually see Wood tickling the ivories during the more difficult music passages of his character's life-or-death performance.

The two-dimensional characters. Caught up in Tom's predicament by virtue of their presence at his doomed concert are two of his wife's assistants: Ashley (Tamsin Egerton) and Wayne (Allen Leech). As Tom learns more about the sniper's plan, he turns to Wayne for help, inadvertently putting him and Ashley in harm's way. But Leech and Egerton play the pair as such annoying caricatures that you'll have difficulty liking them or caring about them. And so, when nasty things start happening to the cartoony pair, you probably won't even give a damn. (The only good thing that results from the death scene of one of these assistants is a simple but supremely effective smash cut involving a shard from a mirror and the bow of a string instrument.) And the villain's unnamed henchman, played by Michael Buble lookalike Alex Winter, isn't much more multi-dimensional either. Though he's threatening, at first, he loses a lot of his gravitas when he reveals a gripe he has with the main baddie played by John Cusack. 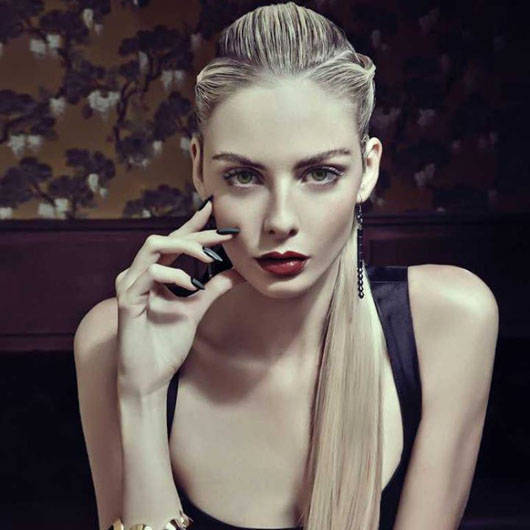 Tamsin Egerton is much touted as an actress to watch out for, but not in Grand Piano.

Unanswered questions, loose ends. The script for a good thriller must be taut, solid, and airtight. It can't present incidents and details that will puzzle viewers and get in the way of their enjoyment of the narrative. Here are three distracting items that made Grand Piano a rather bumpy viewing experience for me and lessened my enjoyment of the film:

a)      How was the sniper able to smuggle a rifle into the auditorium?

b)      At one point in the concert, Tom and the sniper start communicating to each other through an earpiece and microphone. When the villain asks something, Tom has no choice but to reply. Given the acoustic treatment of the concert venue, wouldn't the audience have heard Tom's replies, even if he was trying to keep his voice down?

c)      The sniper shines a laser sight on Tom more than once to prove that the threat to his life is real. Wouldn't some members of the audience have seen the red light, considering that Tom was the one everyone paid to see that night? 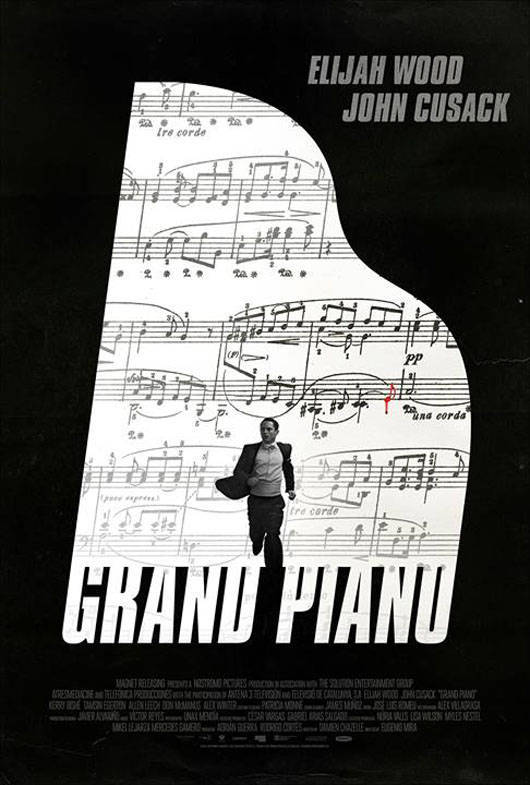 The half-baked ending. Grand Piano is at its adrenaline pumping best when we don't know why Tom is being tormented to give a flawless performance by his unseen, would-be assassin. But as the concert plays out and we learn more about the antagonist's motives, the movie loses much of its sizzle and spark and becomes, in the end, the embers of yet another thriller with a mediocre conclusion. The script would even have us believe that one of its characters was capable of astonishing feats of mechanical engineering akin to what Dan Brown ascribed to Leonardo Da Vinci in The Da Vinci Code!

IN BRIEF: In its first two acts/movements, Grand Piano does a masterful job keeping viewers in a tight grip by virtue of its clever conceit and Elijah Wood's sweaty, sympathetic portrayal. The third act or movement, however, is a preposterous letdown.

Grand Piano 2013 Film Elijahwood Johncusack Thriller
Your Guide to Thriving in This Strange New World
Staying
In? What to watch, what to eat, and where to shop from home
OR
Heading
Out? What you need to know to stay safe when heading out