Iron Chef Geoffrey Zakarian to cook for Feast of Colours Benefit Dinner tonight, March 20
Loading
Already a member? Log in
No account yet? Create Account
Spot.ph is your one-stop urban lifestyle guide to the best of Manila. 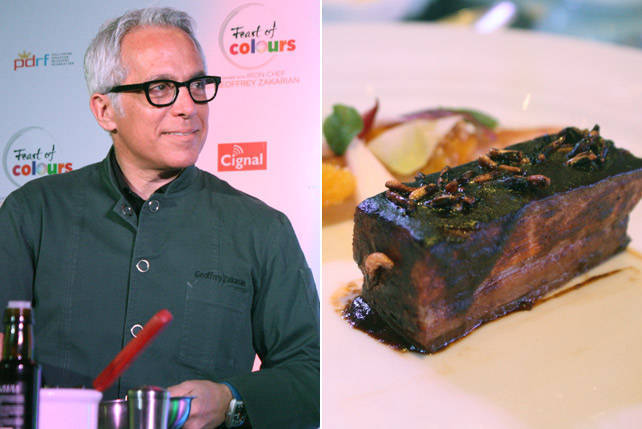 The Food Network star is helping disaster victims with his dynamic cuisine. 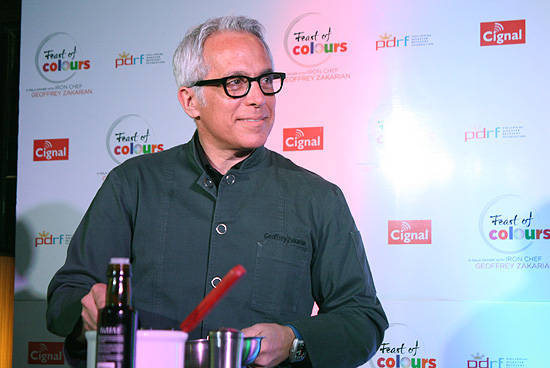 (SPOT.ph) It’s his first time in the Philippines, but it’s not his first encounter with Filipinos. Geoffrey Zakarian, most famous for his New York restaurants, Town (now closed) and Country, as well as for winning the fourth season of The Next Iron Chef (subsequently becoming one on Iron Chef America) and being a perennial judge on Food Network’s Chopped, is in the Philippines to prepare a five-course charity dinner to benefit the Philippine Disaster Recovery Foundation, the first privately run organization dedicated to year-round disaster management.

In 2013, Zakarian battled New York-based Filipino chef Dale Talde in Iron Chef’s Battle Sesame, beating the latter with a nine-point lead. At the press conference for the Feast of Colours press preview, Zakarian also revealed that a Filipino nanny named Ana Cruz helped him raise his children. "She would cook adobo for us. She had an array of recipes, but I liked the pork and chicken ones," he said. His three dining concepts on the Norwegian cruise ship, Getaway, are also filled with Filipino crew. "(The staff) was so happy so when I was there, I was smiling for like, two hours." 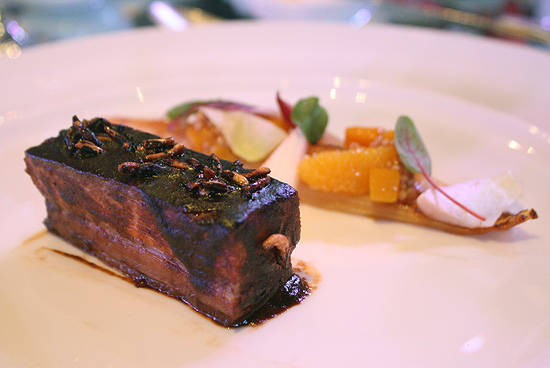 For the Feast of Colours dinner tonight, March 20, Zakarian, who was chosen for the event for his dynamic combinations, uses his signature worldly style for a specially made menu. He brought over his staff, including Chef Eric Haugen who frequently assists him in Iron Chef battles, as well as a roster of exotic ingredients. The highlight of the meal is an exciting Adobo Spiced Pork Belly. The slab of pork is cooked in a combi oven for 18 hours and seasoned with a medley of tomato, cider vinegar, cumin, cloves, and chili. For that Filipino effect-and a delightful crunch-Zakarian adds toasted grains of rice on top. A salad of endive, pickled mango, and lime contrasts with the rich savoriness of the protein. 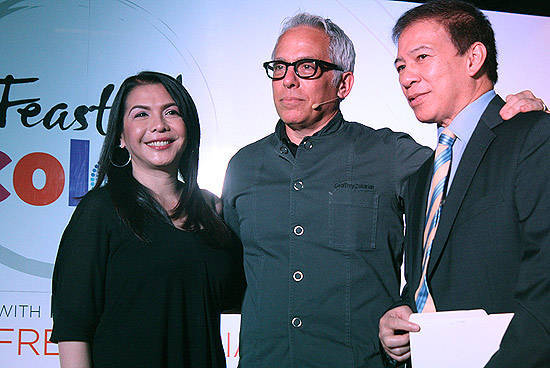 Zakarian, who, in the last two days had his fill of lechon, tocino, balimbing, sigarilyas, ulang, bangus, and tapa, says that the biggest resource in the Philippines is the people. He adds that Filipinos are always "willing to help."  The chef himself also offered to advise PDRF president Rene Meilly with plans for a City Harvest-type of project. City Harvest, of which Zakarian is Food Council chair, is a feeding program in New York City.

Feast of Colours is organized by Cignal and Colours and will hosted by Daphne Oseña Paez. It will be held tonight, 6:30 p.m. at Sofitel Philippine Plaza’s Grand Ballroom. Tickets, priced P9,500, may still be purchased through TicketNet Online. Proceeds will go straight to the Philippine Disaster Recovery Foundation. For inquiries, call Isabel Maquinto at 0916-222-2482.

Geoffrey Zakarian Feastofcolours Ironchef Manila Pdrf
Your Guide to Thriving in This Strange New World
Staying
In? What to watch, what to eat, and where to shop from home
OR
Heading
Out? What you need to know to stay safe when heading out