CHECK IT OUT: Norwegian Delights at I'm Angus, Yakal Street, Makati
Loading
Already a member? Log in
No account yet? Create Account
Spot.ph is your one-stop urban lifestyle guide to the best of Manila. 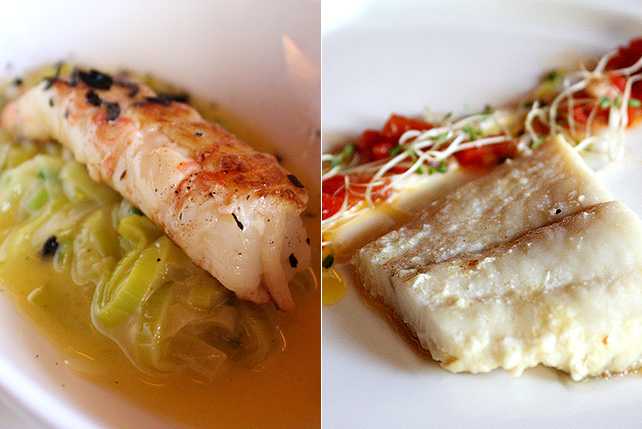 Sample the flavors of Norway from May 20 to 29. 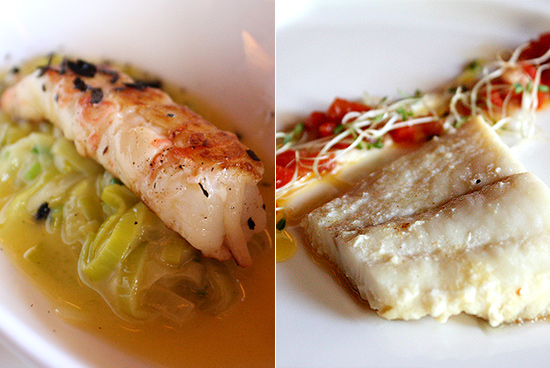 (SPOT.ph) There are cloudberries in the dessert. Lovely golden things that look like raspberries only less tart and more sweet. Lovely golden things floating atop a bed of spiced cream so thick it’s almost like a panna cotta flourished with white chocolate. Cloudberries are indigenous to Scandinavian regions, and even there it requires cold, wet, high altitude marshes to thrive. Capt. Ivar Thomasli, president of the Philippine Norway Business Council (PNBC), relates that Norwegians would keep their sources and forage grounds a secret. But we have them here.

Norwegian Delights at Swiss steahouse, I'm Angus, is a showcase by the Norwegian Embassy and the PNBC to introduce their cuisine to the Philippines. "Norwegian cuisine is more about ingredients and conservation techniques," says Chef Markus Peter Dybwad, a sous chef at UK's The Fat Duck who was tasked to prepare the menu. Due to long winters, pickling, smoking, and freezing characterize Norwegian fare, but for the promotion, Dybwad uses his own style to highlight his home country’s delicacies. The result-much like the Cloudberry Mousse (P320), which is spiked with Bacolod muscovado sugar-is clean-tasting dishes, free from unnecessary ornamentation and leaving nothing to distract from the ingredients. 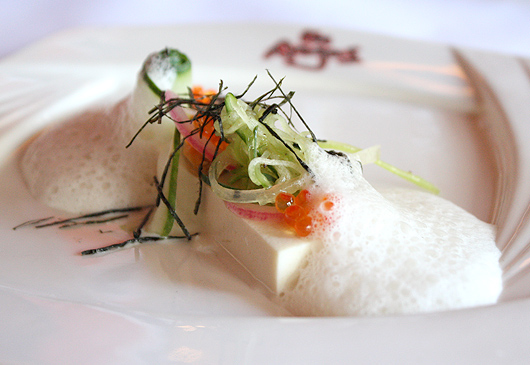 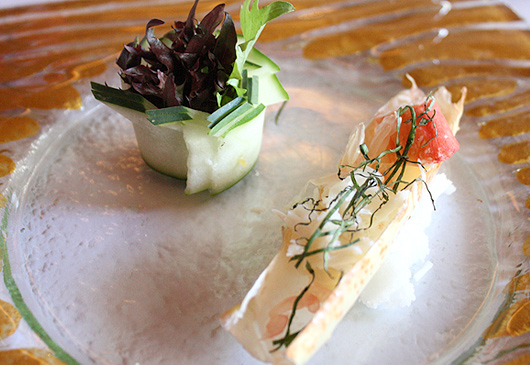 For the Royal of Norwegian Blue Mussels (P590), the chef uses the water from cooking the mussels to create squares of savory gelatin and foam. A tangle of nori and cucumber conceal a delicious piece of mussel, wrapping it in a cool and refreshing mouthful. Roe adds a delicious and tacky brackishness. The King Crab (P980) is served in two ways: medallions and salad. Alaskan King Crab is boiled, filleted, and then brightened with zesty notes from mayonnaise, basil, and sweet pomelo which is gaining popularity in Europe. 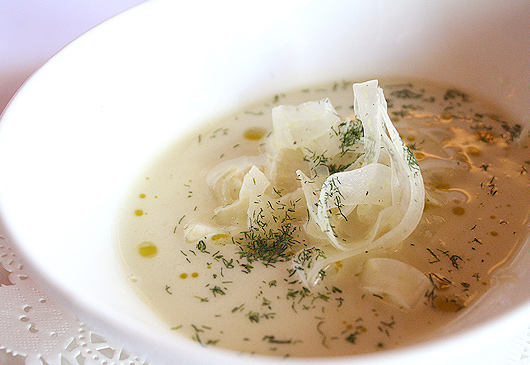 Chef Dybwad continues the roll of crisp and defined profiles with the Fennel Gazpacho (P380), which, he admits, is influenced by Mediterranean flavors. Each herbaceous sip is like a cool mist on a hot summer day. The soup is amazingly light: a faint hint of tang from the halibut ceviche blending with the slight sweetness of fennel. 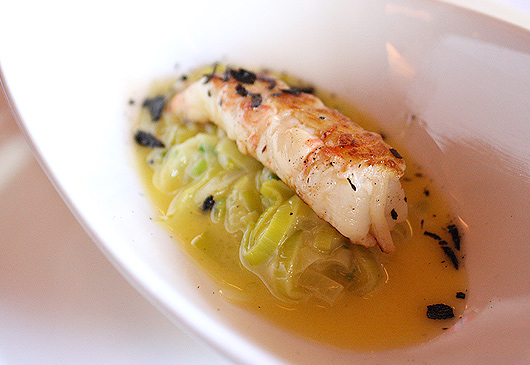 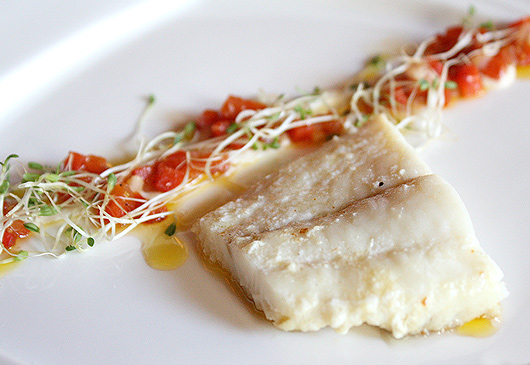 Roasted Langoustines find an unlikely match in Gruyere. Langoustine, often referred to as the Norway lobster, is al dente-tender but firm-sitting on a throne of leeks and cheese. Ched Dybwad sprinkled blackened leeks on top for a deeper smoky flavor. The Brill (P1,850), a flat fish very similar to turbot, is seasoned lightly to complement its mild flavor. An anchovy cream brings out its natural brine while the tangy sauce vierge emphasizes its freshness. 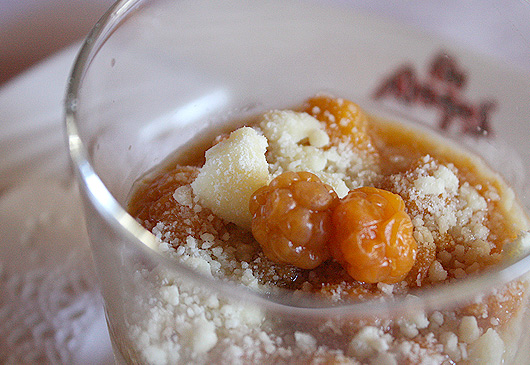 Norwegian cuisine is still largely foreign to Filipinos. But here's our tip: their unpretentious flavors  bridge the language gap.

Im Angus Constitutionday Markusdybwad Norwaybusinesscouncil Norwegiandelights Norway Promo
Your Guide to Thriving in This Strange New World
Staying
In? What to watch, what to eat, and where to shop from home
OR
Heading
Out? What you need to know to stay safe when heading out