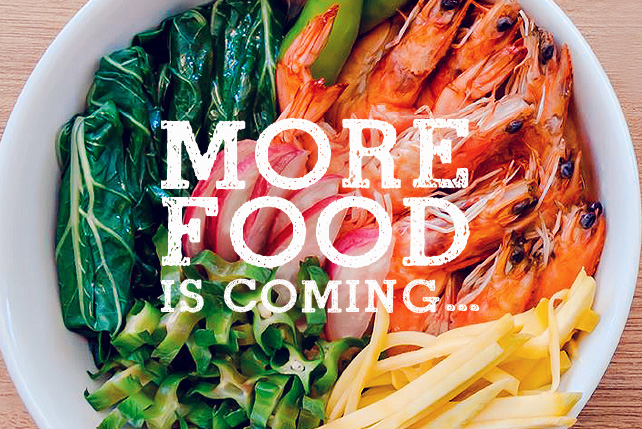 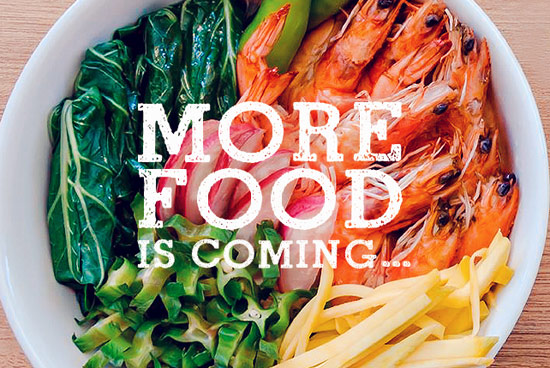 (SPOT.ph) We’re at what we call the eye of the restaurant storm. After the sudden influx of eateries in and around the city early in the year, most restaurants are, at this point, content with updating the menu, organizing service, and rearranging some things in the kitchen. The local dining scene is steadily simmering, but expect more to open before the year ends. After I listed the biggest dining establishments to look forward to for the year, The Bowery, Magnum Café, the new CYMA Greek Taverna, and Chelsea Grand Café have pulled through, while the rest, like The Refinery and Purple Yam, are ironing out details. The latter two are planning to open next month, by the way.

The Moment Group has already opened more branches of 8 Cuts Burger Blends and their latest P.H.A.T. Pho, but they’re still adding new concepts to their roster. Their playfully modern Filipino restaurant, Namnam, is under a new name-Manam, which was unveiled first at Ayala Fairview in February and at the SM Mall of Asia on Monday, May 12. Excitement is growing for their progressing passion projects with Chef Bruce Ricketts (Sensei Sushi) and the Les Amis Group.

From the owners of Myron's Place in Greenbelt and Franco's in Rockwell comes The Flying Pan at Valero Street, Salcedo Village, Makati City. It will be on the ground floor of the new Citadines Serviced Apartments and aims to provide breakfast for those who live nearby and maybe even some who don’t. Traditional Filipino fare like tapa and tocino will be served as well as some of Franco’s bestselling dishes, like the Angus Beef Sisig.

Speaking of Spanish cuisine, Chef Robby Goco found so much inspiration in his trip to Spain that he bought a paellera, which he has been experimenting with for the past few months. He is reportedly cooking up a shop featuring different kinds of the all-in-one rice dish.

French-trained American Chef Jeremy Slagle a.k.a. Mr. Delicious is renowned for his Wagyu corned beef and applewood-smoked bacon. He’s a regular fixture at weekend markets, but he will soon open up shop at Century City Mall along Kalayaan Avenue. Finally, his line of meats and custom craft beer will have a more permanent space.

Chef Peter Ayson and Erwan Heusaff have already collaborated on two restaurants-Pink Panda and Hatch 22. They’re opening Crisp on 28th at the Alveo Tower in Bonifacio Global City by the end of the month. Like Hatch 22, the new eatery will offer an all-day café menu, but in smaller portions and with more Filipino-inspired delicacies, as well as food-inspired signature cocktails by Erwan. I also heard through the grapevine that their partnership will blossom into two more establishments for 2014-a healthy-eating restaurant focused on organic ingredients and a Filipino restaurant.

Malou Fores of famed Mamou will open another branch of Recovery Food at Molito in Alabang. She has also teamed up with Chef Katrina Alcantara of Mesclun Bistro and Kristine Locsin for Chef Du Partie or CDP. Their collaboration will take over the former Achiote (right beside Mamou, Too), and will serve a delicious sampling of global cuisine, which guests can enjoy with artisanal wines, champagne, and cocktails concocted by the bevy of owners.

Expect SPOT.ph to keep you updated on what's new in the local food scene. In the meantime, tuck that napkin under your chin and have your forks and knives ready as the next courses for the year are about to come to your table.

Spilling The Beans Angelocomsti Restaurantbuzz Opening Manila
Your Guide to Thriving in This Strange New World
Staying
In? What to watch, what to eat, and where to shop from home
OR
Heading
Out? What you need to know to stay safe when heading out