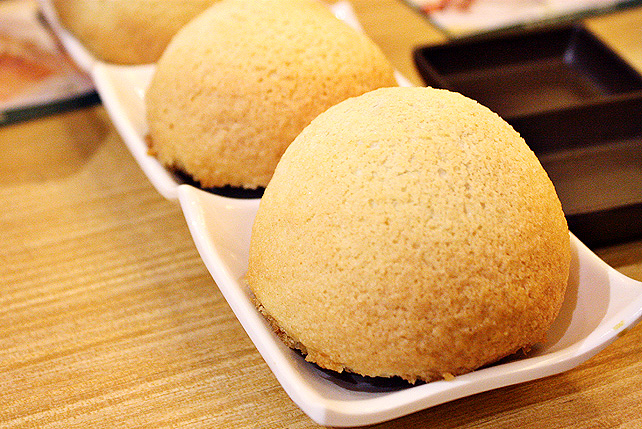 Are these the new Cronuts? 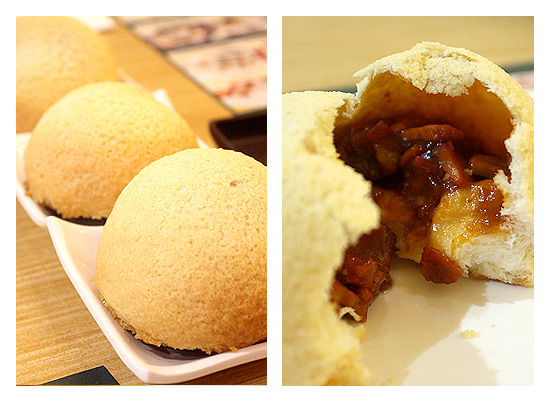 (SPOT.ph) Mongkok-import Tim Ho Wan has put an entirely new baked item in the spotlight since they opened in Mega Fashion Hall. So far, the sizzle has fizzled from that buttery donut-croissant hybrid, and baked pork buns are all people can talk about and post on Instagram. After all, having to wait for hours only to enjoy a few minutes of gustatory bliss deserves posterity.

This variety of pork buns is like your favorite asado siopao, but steamed instead of baked. The crisp but supple shell is cooked to a light shade of gold.

Tim Ho Wan rumors began years ago but things turned to reality when they finally opened their first of three planned branches on May 20. Their Baked Buns with BBQ Pork (P145/three), largely the reasons for their one star from the Michelin Guide, come out like crisp, blonde domes that trap morsels of roast pork reveling in sweetish gooey barbecue sauce. The bun isn't completely packed to the brim, emphasizing the crumbly and extremely light dough. It's no mystery why people flock to Tim Ho Wan: for roughly the same price as one Cronut, you get three satisfying pieces sans the butter-induced guilt. 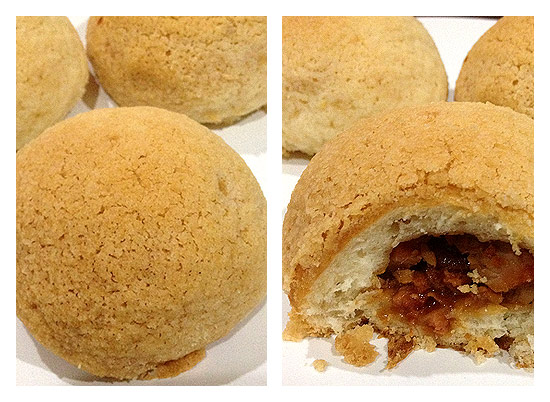 But while baked buns are only getting their long-deserved attention now, other Chinese restaurants have actually been carrying these savory treats for some time. Choi Garden along Annapolis Street, San Juan, is among them. Their version hides by the name of Pineapple Bun (P120/three). There's no trace of the tropical fruit, though the bun vaguely resembles it especially in terms of texture. It looks like a perfectly round pan de sal capped with a fine crumb topping. The meat filling is generous and not too saucy, while the bread itself is soft, sweet, and undeniably delicious. Don't be surprised when you feel compelled to mop up and savor the last bit of crumb. 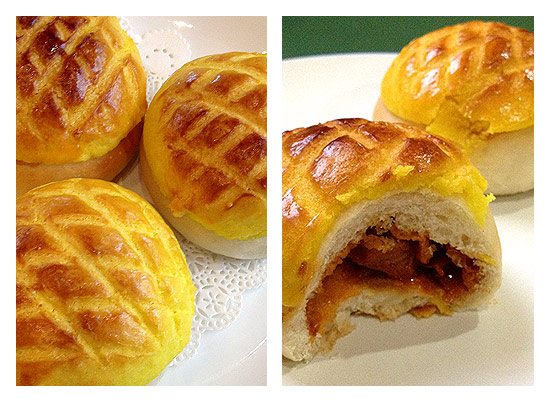 Crystal Jade Dining In at Bonifacio High Street has the Baked Bo Lo BBQ Pork Buns (P180/three). Bo lo means "pineapple," and for the Chinese, the fruit symbolizes wealth. It may be far-fetched to say that these baked buns will bring money, but your taste buds will certainly thank you for their good fortune. Unlike the other two, the sweet crown of a crust has been beautifully etched-just like a pineapple-and bright with a yellow tint. The Bo Lo has thick bread-y walls enrobing the yummy chunky BBQ filling.

This is only the beginning, of course, as the soon-to-open Tuan Tuan in Mega Fashion Hall will reportedly churn out these savory buns as well.

Trends, even in food, come and go. Given how delicious the baked pork bun is and how it's not too different from everyone's favorite siopao, this particular craze might be here to stay. Only time-and our collective cravings-will tell.

Tim Ho Wan Porkbuns Siopao
Your Guide to Thriving in This Strange New World
Staying
In? What to watch, what to eat, and where to shop from home
OR
Heading
Out? What you need to know to stay safe when heading out