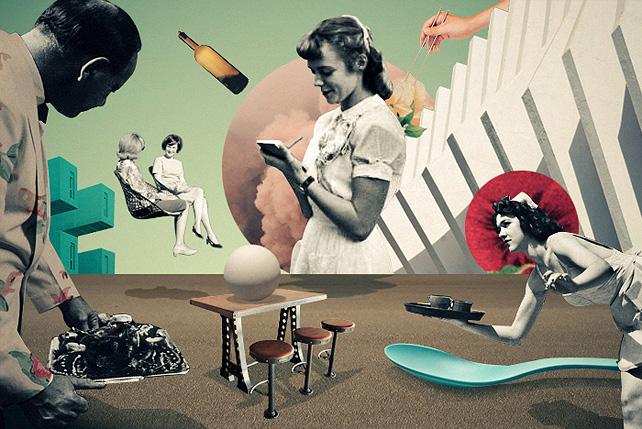 The 10 Kinds of Waiters You See in Restaurants

Which ones have you encountered? 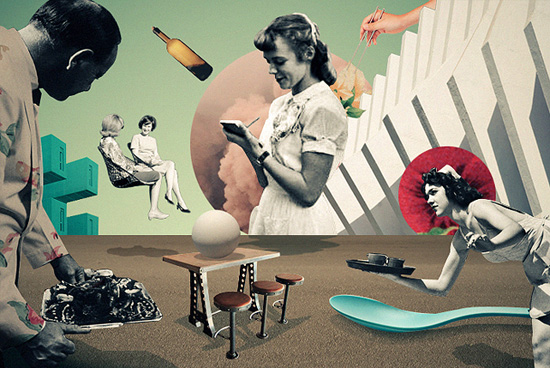 (SPOT.ph) We’re not making judgments here: just stating some observations. You have to admit that there are certain stereotypes in restaurant service-there’s the good, the bad, and the in-between. Whether it’s in a fine-dining restaurant, the neighborhood cafe, or that fast food joint down the street, trust us-no, trust your experiences-you’ll always find at least one of these kinds of servers. Some of them we love and some may be annoying, but they surely make the best stories.

Hit the comments section for your interesting restaurant service stories! 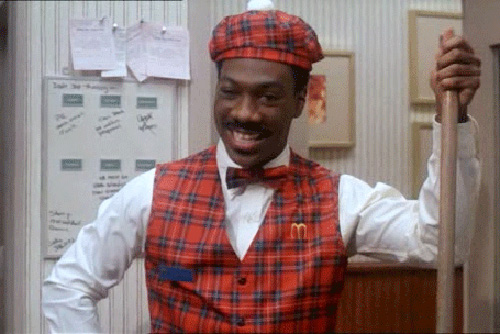 The quickest way to a woman’s heart is to impress her with your serving skills. Coming to America (1988)

You know them because you’ve seen them in class-the one who’s permanently attached to the boss. "Server A, clean up that table!" "Yes, sir!" "Server A, take care of Table B!" "Yes, ma’am." It’s not about taking initiative, it’s about doing what the boss says and making sure the boss knows who’s doing them. Is it too much to ask that they serve customers that way, too? 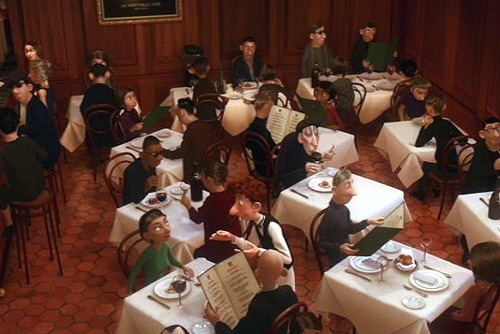 A solitary waiter on wheels. Ratatouille (2007)

They do it the French restaurant way-even if it’s just a casual dining joint. No notepads, no pens. Just the sheer power of memory. They can explain the difference between hollandaise and mayonnaise, parma ham and prosciutto, sunny side-up eggs and over easy at the drop of a hat. They know everything on the menu, right down to the kind of salt the chef used. Heck, they even memorized the seasonal specials by heart. They can tell what you want even before you call their attention. They’re already there, with an extra napkin, a pepper grinder, and the house wine. 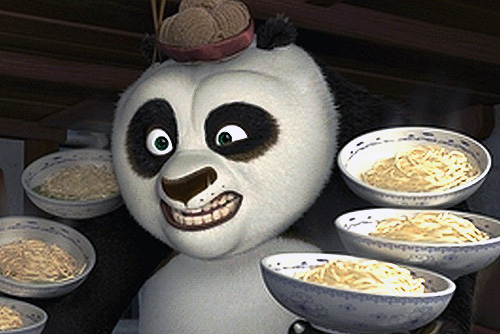 Then there are those who try to be geniuses. They don’t take notes. They nod when they take your order. At the end of the process, when they repeat everything you requested, they miss one or two items as well as confuse the fried pork chop with fried chicken. You can see their eyes rolling to the back of their heads as they scrape their mind for that last item that’s on the tip of their tongue. When the food arrives, they can’t remember whose order is whose. You can’t tell if they’re still learning the ropes or their minds are just totally elsewhere. The effort is there, but sometimes, jotting things down helps. It worked for us in school. 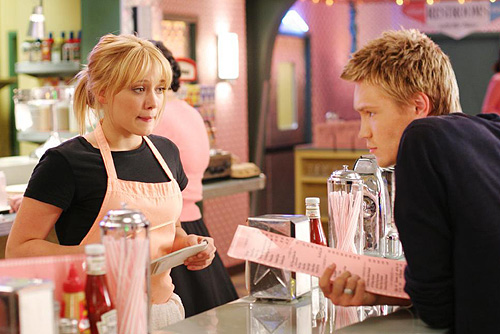 Even the most organized person can get flustered at the face of her crush. A Cinderella Story (2004)

This type is a notch worse than The Pretend Genius. They just don’t seem to know what they’re doing or whether or not they’re supposed to be doing it. Point to an item on the menu and they look like it’s the first time they’ve heard of such a thing. Your dishes are waiting on the counter, yet they forget to serve them because they’re doing God-knows-what. If nuances confuse The Pretend Genius, everything is just confusing for this one. You ask for pepper, they give you water. You ask for a burger they punch in a rice meal. Stuff like that. Worse, they forget to give your order ticket to the kitchen! Cue stomach growling. 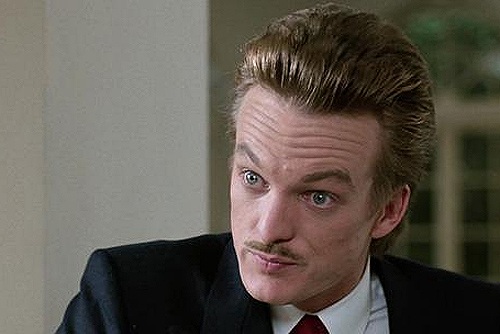 This snooty waiter makes us weep for the future. Ferris Bueller’s Day Off (1986)

You say you have hair on your food, they deny it. Nope, it’s just some long, thin, black ingredient that looks like hair. Worse, sometimes they blame you. Forget that you’re bald or have bleached hair. It’s your fault. Hey, sir. Not everyone is a con artist. 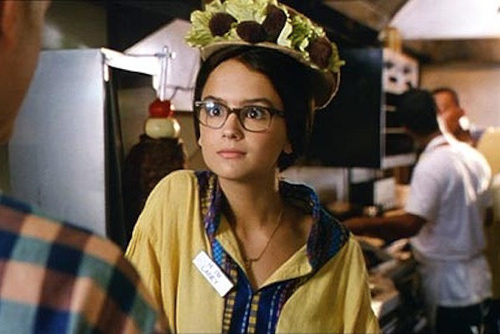 Would you like to supersize your balls? She’s All That (1999)

Sometimes, The Salesman crosses over to The Genius. If you’re weak-willed, you might find yourself enslaved to their recommendations. They know everything-from the ingredients to the final product. They’ll hype up the bestsellers saying you’ll be having the bestest ever steak of your life and that it’s absolutely crucial to get the US Wagyu over something else because you’ll really taste the difference and it’s an investment for your palate. They’ll try to win you over on the slow-moving items as well. On top of that, they’ll get you to order appetizers, drinks, desserts, and sides, too. 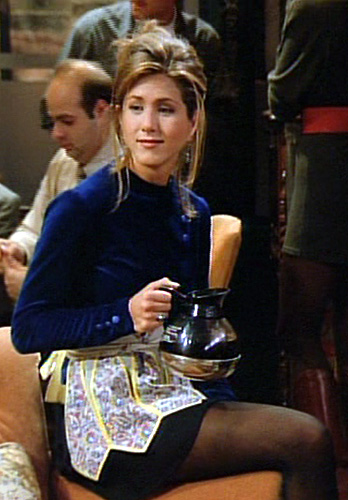 From serviced to server. Rachel Green in Friends

Call them and they’ll sigh and drag their feet to your table. They’re brusque, monotonous, and just downright uninterested whether you order or you just need a place to sit down and cool off with the free glass of water. They answer with yes, no, a shrug, or another sigh. They don’t even look at you. Depending on their level of boredom and couldn’t-care-lessness, they may or may not get your order right. But this isn’t so much about getting the job done as it is about attitude. In between service, they’re at a corner engrossed by something more exciting on their phones. 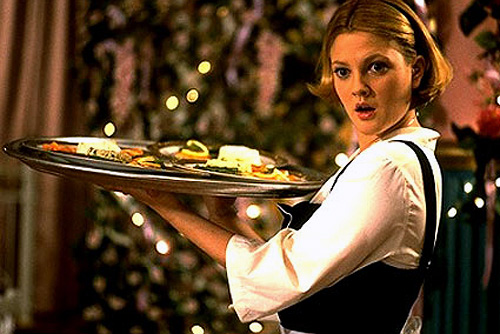 They need a few extra hours at the gym because they just can’t carry a whole tray of glasses full of drinks. They spill, they splash. Dude, it’s okay. Take a few extra trips. We won’t die of dehydration. They set down the crab bisque a little too ungracefully causing an orange streak on the table cloth and a few drops on your shirt. That beautifully plated cake with the miniature sugar sculpture on top? It’ll arrive at your table in ruins. Don’t worry about it though, it still tastes delicious! 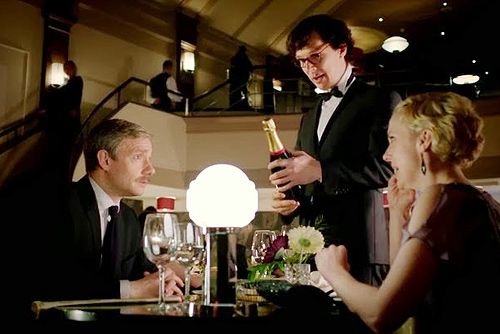 He just actually...knows it all. Sherlock in Sherlock

Sometimes you don’t know if they’re just concerned about the restaurant or if they can’t resist sharing their so-called know-how. You ask for a rare, they’ll say it’s better medium well. Or worse, they’ll just tell the kitchen to do it their way. You ask for white wine with your steak, they’ll insist you take it with red. You want chocolate ice cream with your cookie, they’ll reply with, "It has to be vanilla." Whoever said the customer is always right clearly hasn’t met this waiter. Who died and made you king of cuisine? 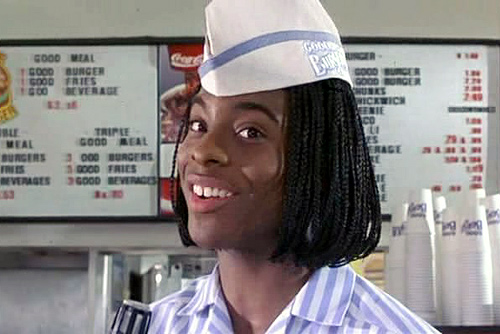 Yoo hoo? Is anyone there? Or should we just head straight to the kitchen and give our order?