Amazing bibingka, at a place where you wouldn't expect to find it
Loading
Already a member? Log in
No account yet? Create Account
Spot.ph is your one-stop urban lifestyle guide to the best of Manila. 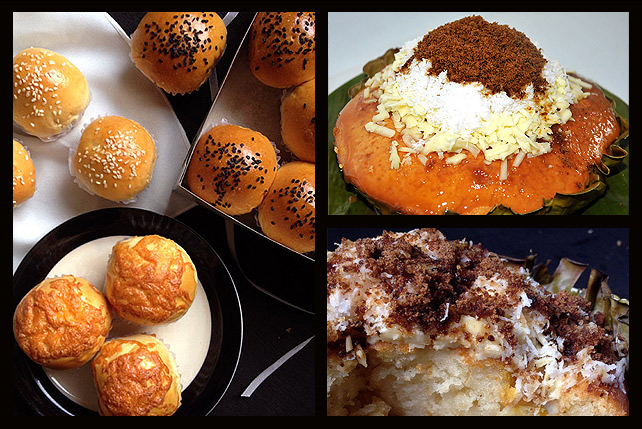 Amazing bibingka, at a place where you wouldn’t expect to find it

Find out how SPOT.ph blogger Angelo Comsti celebrates Christmas all year round. 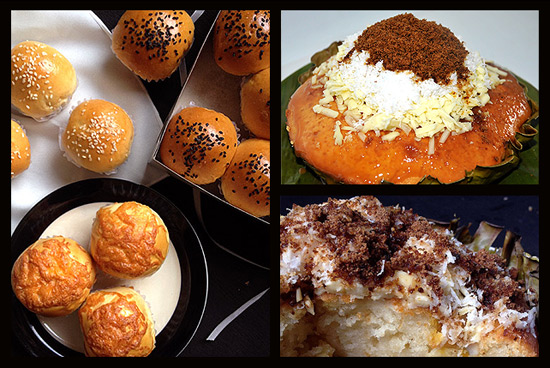 (SPOT.ph) I have a habit of checking the dessert menu before anything else. My excitement for a restaurant’s sweet confections sometimes edges out my cravings for hearty things like roast pork. And excitement is exactly how I feel towards Astoria Café's bibingka.

It used to be available only from November to January, but when sales picked up two years ago, the owners turned the once-seasonal stall into a regular fixture in the hotel lobby. Since 2010, it’s been offered year-round, which is why I don’t limit myself to the Christmas season to enjoy it. Sometimes, I have it a couple of times a day! Forgive my gluttony. People who follow me on Instagram know how much I love it because I've posted photos countless times already. 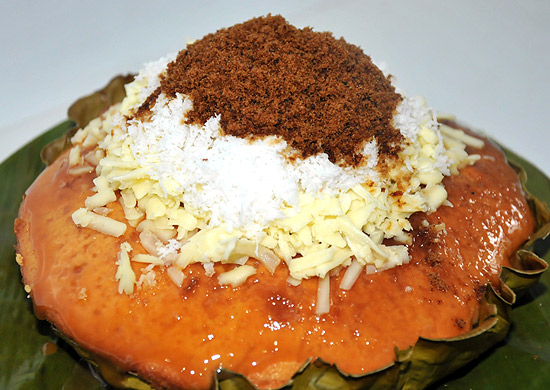 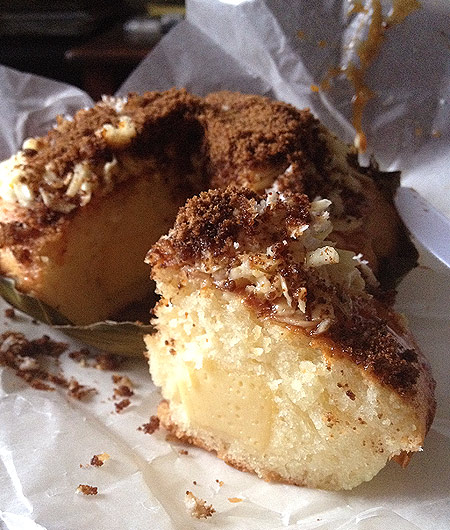 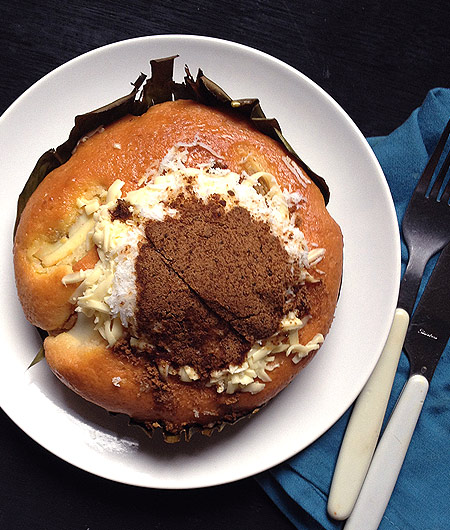 Astoria Café carries three kinds of bibingka-traditional, ube, and the most recent addition to the list, the bibingka de leche (P125 each). The rice cake itself is thick, tender, with a texture similar to pound cake but less dense. It’s served warm, buttery, subtly sweet, and piled high with a slathering of butter, shredded cheese, fresh grated coconut meat, and muscovado sugar. It's almost pillowy yet it manages to fill you up halfway through. In the traditional bibingka, salted egg slices are strewn in between the cake only to be replaced by strips of macapuno for the ube. The dulce de leche, however, flaunts a spread of caramel on top with chunks of leche flan in the middle.

According to John Tanjangco, Creatives Head of Astoria Hotels and Resorts, there are times when people would drive by and buy 10 boxes of bibingka. "I've also been to several wakes and saw our stuff there, too," he adds. John reveals that they now sell close to 1,000 bibingka per month, 200 more than the average in 2013. Apparently, I’m not the only one who’s hooked. 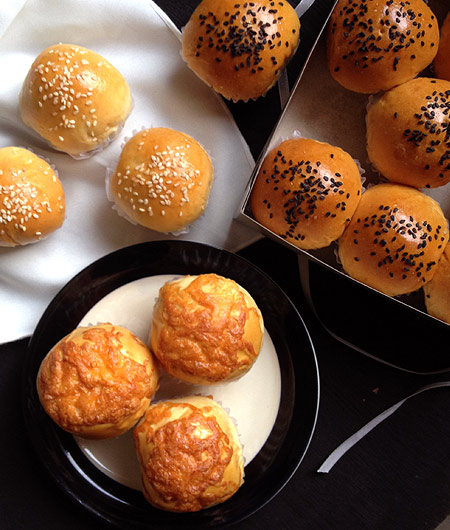 Apart from the bibingka and puto bumbong, haute buns are also sold at the hotel lobby. The latter is akin to soft dinner rolls stuffed with different meats. Executive Chef Sonny Almandres created it as a gift for hotel owner Vivian Ng’s friend. She liked it so much she suggested selling them. There are four varieties of haute buns. Pork Asado and Chicken Teriyaki are the original two, while Philly Cheesesteak and Purple Yam came later. The oven-fresh buns (P220/box of nine assorted flavors), especially when served warm or reheated at home, are soft and savory, with the filling delicious enough to be served on their own. They started selling them just last year, but nowadays they run out of stock come the afternoon.

Anybody order ahead. Or if time permits, enjoy the bibingka and haute buns at the Astoria Café. Feel the joy of Christmas all year round. I know I do.