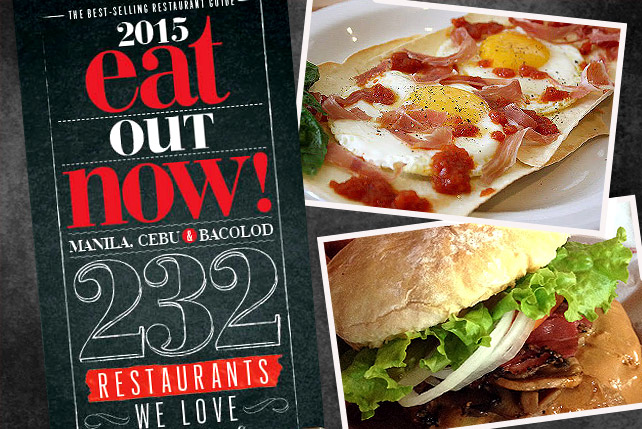 10 Restaurants We Love from Eat Out Now! 3

We picked a few favorites from the 232 restaurants. 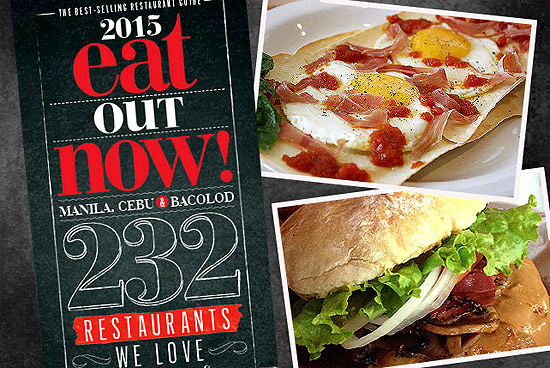 (SPOT.ph) Town and Country’s executive editor Alicia Colby Sy had an enviable task when she toured the deepest corners of Manila and as far as Bacolod and Cebu in search of notable restaurants that never disappoint. Her bestselling series, Eat Out Now!, is now on its third volume (P295)-a 232-strong collection of eateries that consistently endure the test of time and newcomers that challenge and intrigue.

We looked through the 193 Manila-based restaurants that they featured, and picked out 10 of our own favorites. 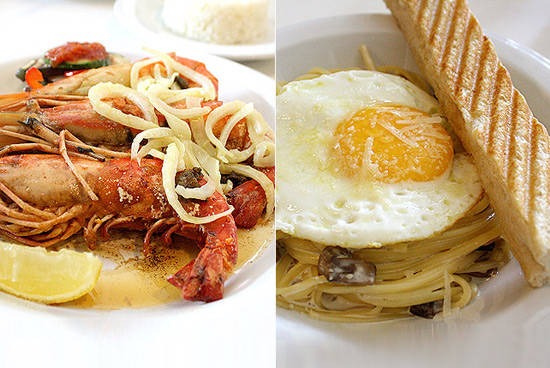 CIBO introduced Filipinos to the term al dente, and in its 17-year history, it’s become a Filipino habit as far as Italian food is concerned. Chef and owner Gaita Fores admits that customers tend to settle into their established favorites (spinach dip, anyone?), but CIBO’s not likely to rest on their laurels. Just recently, she updated her menu and included breakfast options that any egg lover would appreciate. 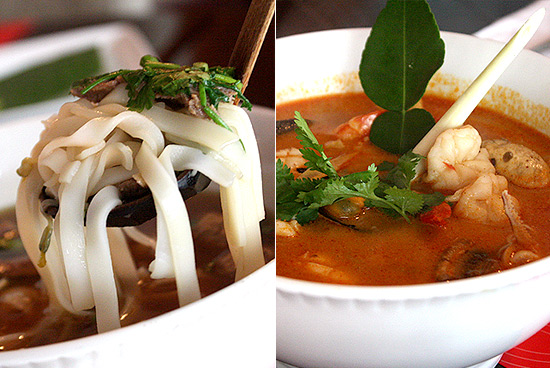 From Milky Way to Cirkulo to Tsukiji, Chef J Gamboa and his sister, Malu, prove time and again that quality cooking reigns above any kind of gimmickry. Choosing which to dine in from their roster of eateries is a paralyzing experience, but for this list, we’re going with Azuthai, thanks, in large part, to their new line of seven noodle varieties that take inspiration from other regions and an amazing 24-hour boneless ribs dish that ribs lovers would take less than a minute to devour. 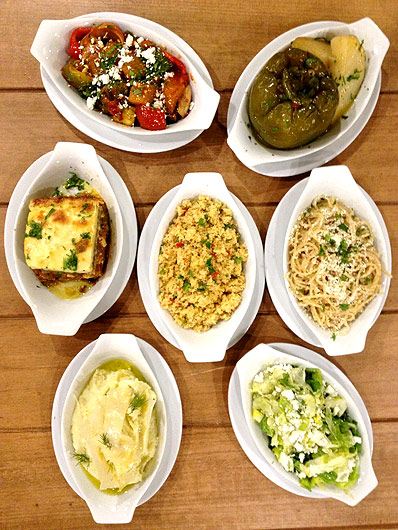 Chef Robby Goco pioneered Greek food in the Philippines, and while this type of Mediterranean cuisine has mushroomed all over the city, he proves that he’s still on top of the game with a reformatted CYMA. Starting with the branch in Shangri-La Plaza, he revamped the interiors to be dimmer and more modern instead of the shocking bright blue. "Opa!"-which has become a CYMA signature-could still be heard constantly throughout the restaurant, but the menu has noticeably changed direction, towards a more progressive approach to traditional techniques. 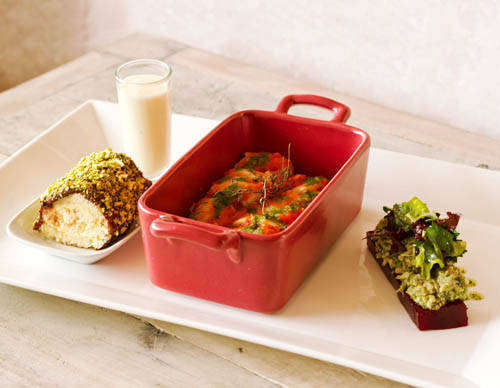 This French eatery may have branched out with KA by Cicou, their kouign-aman stall in SM Mega Fashion Hall, but there’s something about the original that makes us forever loyal-and it’s not just because Chef Cyrille Soenen has more in his arsenal than flaky French pastries. There’s his foie gras ravioli, his macarons, his Eggs Atlantic. The intimate, neighborhood vibe in the original San Juan haunt just can’t be replicated. 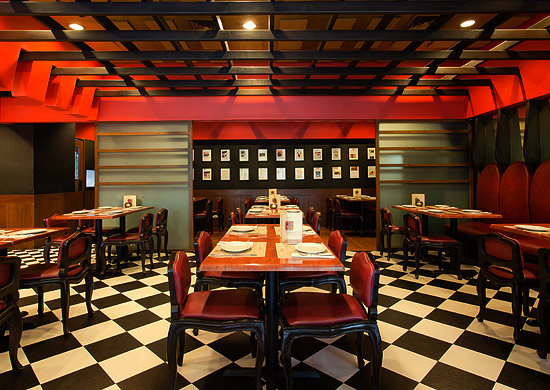 Steak is eternal so, of course, we had to put at least one steak staple on this list. At this point, you know that whichever Mamou branch you try, any of the USDA prime-grade steaks (with steak rice, definitely!) is a guaranteed great time. The best part about this retro red playground is that they serve other yummy things apart from beef. Their weekend brunch is a wonderful way to celebrate the weekend (tip: try the pancakes) and the Asian-inspired delicacies are pure successes. We love a restaurant that springs good surprises on our palates.

Mamou is at Serendra, Bonifacio Global City. Read about Mamou Too here. 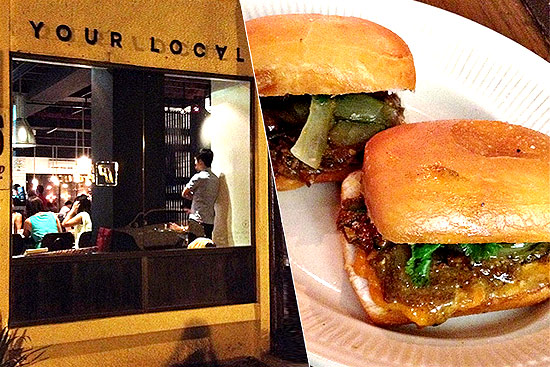 Your Local is like finding a bright shiny penny on an unassuming road when you least expect it. At least at first. From the outside, the negligible sign barely calls for attention, but the bustling tight space is where the action happens. After quietly but confidently cooking up its brand of Asian flavor, Your Local has become a Legazpi Village must-try that people flock to. From being the little joint that you happen to run into to a dining destination that people search for, Your Local (and its salmon donburi) elevates hole-in-the-wall dining to a totally different level. 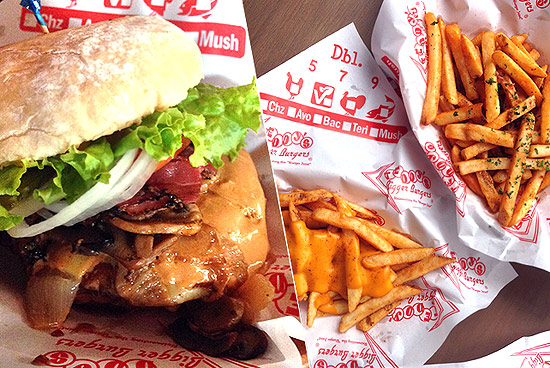 You’d expect a Hawaiian burger joint to stuff their buns with pineapple, but Teddy’s does that and more. The make-your-own burger place from Hawaii is generous with toppings of your own preference, but a staple filling is ample amounts of peanut butter. Perhaps it’s to perk up the flavors of their enormous beef patties. Teddy’s founders Ted Tsakiris and Rich Stula understand that the key to a good burger is in the meat and theirs is from 100% corn-fed Angus chuck, seasoned with a secret mix, and char-broiled upon order. 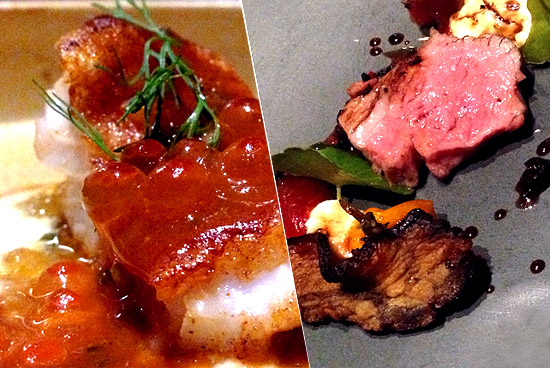 This curiously foreign name is now a mantra for any respectable foodie, and Chef Bruce Ricketts (together with the hardworking The Moment Group) is the galvanizer of the movement. The former sensei of Sensei Sushi is now in a more prominent setting in Bonifacio Global City, continuing to delight both old and new fans with his culinary fanfare that ends with the most perplexing and awe-inspiring flavor combinations. Get a seat at the Chef’s Table. Trust us when we say the price tag is worth it. 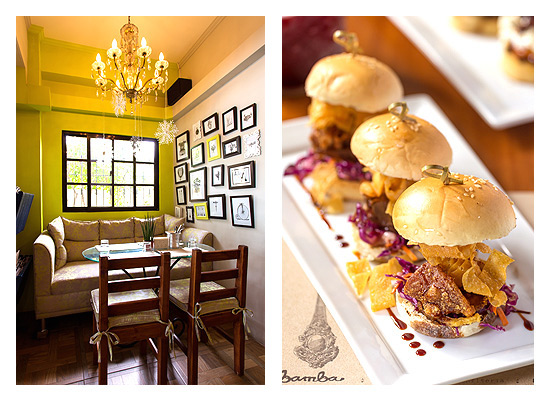 Chef Tina Legarda trained under world-renowned chef Mario Batali for his Mozza Osteria in Marina Bay Sands, Singapore. She could sit on that credibility and be set her whole culinary life, but the talented young chef has carved her own identity-and a very delicious one at that. After moving on from her private dining service, Tina’s Table, she’s come up with the perenially bustling Bamba Bistro. It’s a homey comfort-food destination featuring her family’s recipes, and it’s where you go for easy but outstanding dishes without fuss. 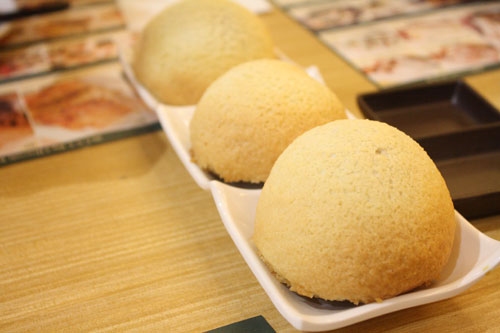 The Hong Kong branch was awarded by the Michelin Guide, but we like the outlet here just fine. That crumbly, airy baked dome filled with sweetish barbecued pork is so utterly addictive that people find themselves willing to wait hours just for a bite. Reward those hours with a couple more buns. And maybe a couple of orders of that egg cake.

Eat Out Now! 3 is available at major bookstores.

Eat Out Now Aliciasy
Your Guide to Thriving in This Strange New World
Staying
In? What to watch, what to eat, and where to shop from home
OR
Heading
Out? What you need to know to stay safe when heading out