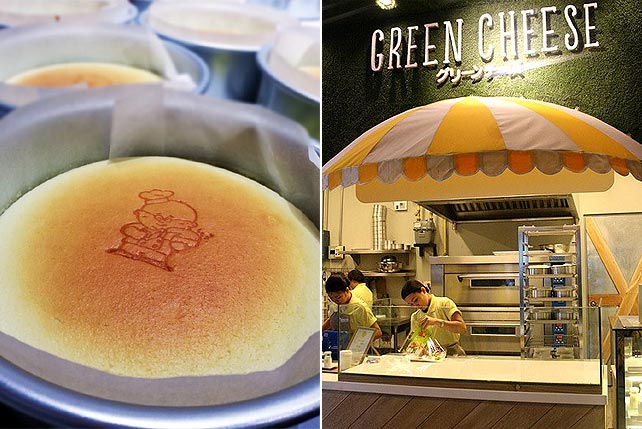 The word in cheesecakes these days is "light." 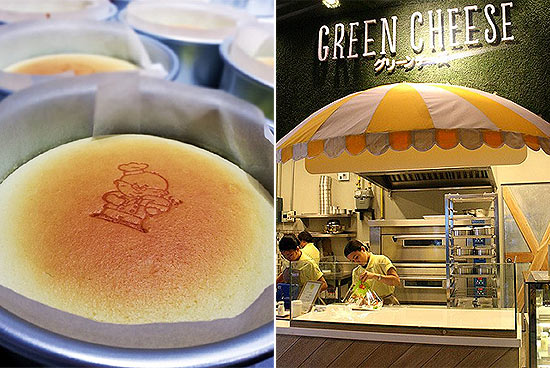 (SPOT.ph) Cheesecakes, by way of New York, exhibit tartness from sour cream; decadent, dense, each spoonful an intense wave of flavor. In Chicago, they come with firm cake-like crust that breaks to reveal melt-in-your-mouth fluffiness. In Philadelphia, the texture is light but the flavor bold.

Japanese cheesecake has a much more delicate character. From looks alone, it resembles our own chiffon cake, but smoother: a perfect blonde cylinder with a browned topcoat. A bite is enough to pronounce an infinite amount of difference: It's as soft as a cloud, light in every aspect. Gentle, subtle, graceful, and precise-the Japanese culture carefully crafted in each delicious forkful.

Manila's dining landscape has seen cheesecake in almost all forms, but it's only recently that we've been rewarded with this version. 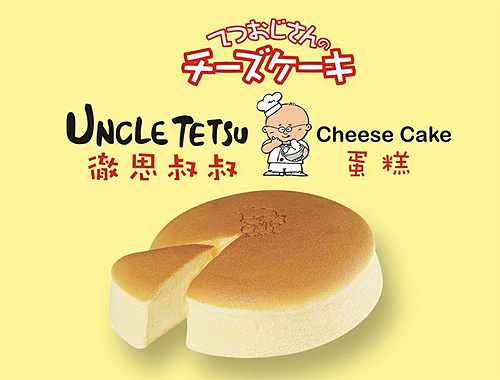 Uncle Tetsu, which has branches in Japan, China, Thailand, Singapore, Malaysia, and Taiwan, opened shop in SM City Fairview in July 2014. Their small cakes (P299) are branded with Uncle Tetsu's jolly image, and the store's ovens are normally busy churning out more of these delectably fragrant and mellow offerings. Toppings are also offered should you want to sweeten your cakes with some fruit, chocolate, dulce de leche, and more. For a different kind of treat, some cakes are sliced into thin strings that are deep-fried and vended as a crunchy snack.

Currently, Uncle Tetsu has six branches in the Philippines, with five of them (SM City San Lazaro, SM Mall of Asia, SM Fairview, The Podium, and Alabang Town Center) in Metro Manila. (Hint: They usually have a tray of samples.) 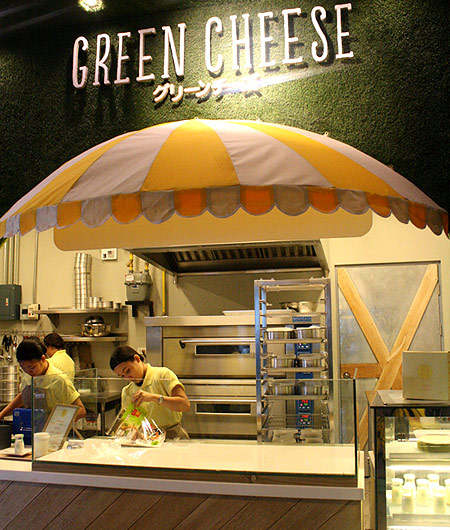 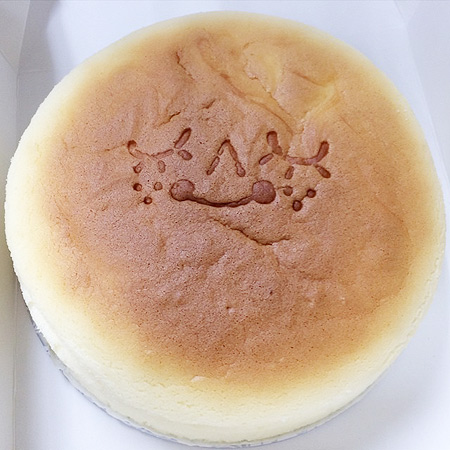 Green Cheese cakes are happy to be eaten.

Then, there's Green Cheese. Green Cheese is one of the stalls in Century City Mall's high-end food court, Hole in the Wall. Describing themselves as "the happiest cheesecake in the world," their cakey platforms (P350/box) are marked with a rosy, smiling face. Each Green Cheese cheesecake is cottony, dainty, and unbelievably moist. The cheese flavor is pronounced but modest, and if you’ve ever felt challenged finishing a slice of the heavier Western versions, you won't have a problem consuming a whole box in one sitting.

Green Cheese offers a variety of flavors, though not all are available at once, and you'll probably remain faithful to the Original after a few trysts with the others. There's Matcha, but they also came out with Double Chocolate and Chocolate Orange for the holidays. 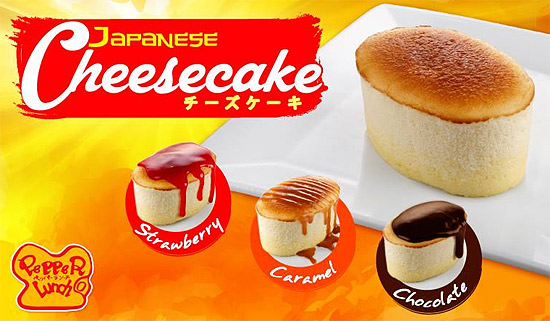 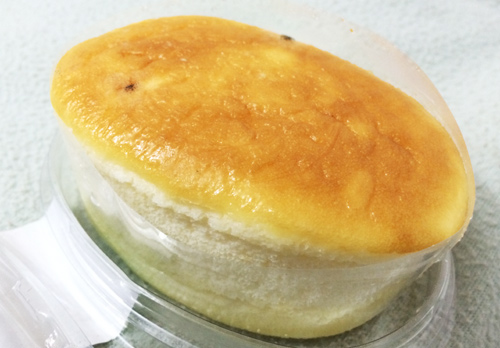 Japanese cheesecakes have also trickled down to bigger chains. Pepper Lunch offers a smaller version for P98. Available only in selected branches, their adorable yellow ovals could be enjoyed with an extra drizzling of syrup (your choice of chocolate, strawberry, or caramel). SM Supermarkets' in-house bakeshops also have mini cheesecakes available, and so does Family Mart, which peddles sticky, gelatinous tiny cakes for P59.

Japanese Cheesecake Cake
Your Guide to Thriving in This Strange New World
Staying
In? What to watch, what to eat, and where to shop from home
OR
Heading
Out? What you need to know to stay safe when heading out