Here's Why You Shouldn't Take Your McDonald's French Fries For Granted
Loading
Already a member? Log in
No account yet? Create Account
Spot.ph is your one-stop urban lifestyle guide to the best of Manila.

News of a French fries shortage in Japan and Venezuela have us wanting to buy BFF Fries, stat. 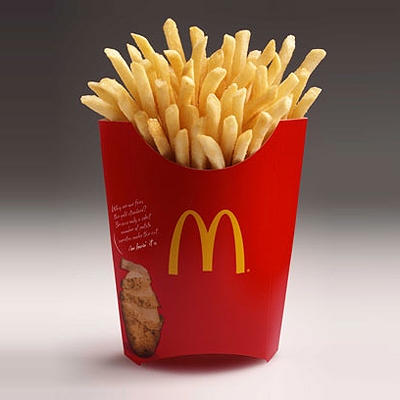 (SPOT.ph) As far as we know, McDonald’s Philippines isn’t suffering from a potato shortage, which is just as well because their French fries, which ranked eighth on SPOT.ph’s Top 10 French Fries Under P100 in 2010, is close to Filipinos’ hearts and palates.

McDonald’s in Japan and Venezuela, however, aren’t as fortunate. Franchises in the two countries have recently experienced a French-fry shortage, for unrelated reasons. In December 2014, Reuters reported (and quoted by this TIME article) that a labor dispute among American ports has delayed shipment of supplies. McDonald’s Japan began rationing its remaining stocks, selling only small orders for three weeks until the issue was sorted out later in the month.

Venezuela, which is currently dealing with a similar situation, has replaced their potato fries with alternatives like yuca (cassava). According to this Yahoo! News report, the country’s McDonald’s has faulted the same shipment-delaying labor dispute, but remains tight-lipped on why other Latin American franchises aren’t facing the same deficit.

Some Venezuelan citizens, according to Yahoo!’s report, are putting the blame on the conflicting socialist administration, but the TIME article suggests that the country’s economic situation and strict economic controls may have also contributed to the situation. John Toaspern, chief marketing officer of the US Potato Board, revealed that Venezuela imported only 14% of the frozen fries from a McDonald’s supplier than it did the year before.

What we learned: Like all good things, French fries are finite. Relish them.

For more on this story, log on to TIME.com and Yahoo! News

McDonald's Frenchfries Shortage
Your Guide to Thriving in This Strange New World
Staying
In? What to watch, what to eat, and where to shop from home
OR
Heading
Out? What you need to know to stay safe when heading out