Taste the flavor of space with this Japanese tea

Have a cup of the universe! 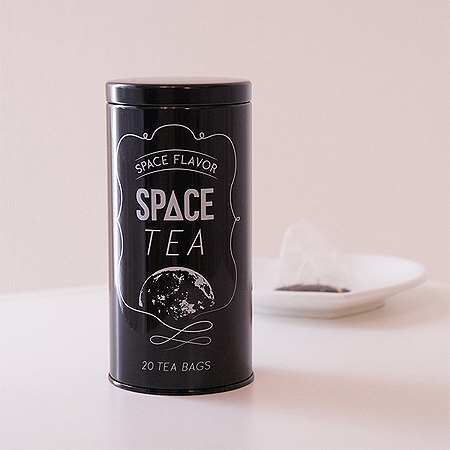 (SPOT.ph) If you’re totally high on Alfonso Cuarón’s Gravity and dazed from Christopher Nolan’s Interstellar, then this tea may very well be your, er, cup of tea.

Space Tea, one of the latest inventions from Japan, offers the taste of the universe in a cup for 2,160 yen (roughly $23 or P816) per canister (20 bags). The tea attempts to simulate the sweet odor that astronauts apparently notice when they reach the International Space Station via a blend of raspberries, rum, and one secret spacey ingredient: ethyl formate.

Ethyl formate is an organic molecule discovered in 2009. According to Inventor Spot, "astronomers used the IRAM telescope in Spain to analyze electromagnetic radiation emitted by the Sagittarius B2 dust cloud near the center of the Milky Way galaxy. They were flummoxed to find the telltale signatures of both ethyl formate and propyl cyanide." The latter is a deadly chemical thankfully exempted from the list of Space Tea ingredients.

The tea, which comes in a silk mesh bag-silk, we know, does not transfer or add flavor to the brew-also contains ginger,  peppermint flavoring, and mallow.

Space Tea may be ordered online via their website.

For more on this story, log on to Inventor Spot.