Yet another restaurant is shutting down this month.

(SPOT.ph) In October 2014, the first Nomama shut down. It was the premiere branch at Scout Tuazon, with a signature brand of Japanese fusion that drew diners with their artisan ramen creations. Less than half a year later, Chef Him Uy de Baron announced on Nomama’s Facebook page that he will be shutting down the Capitol Commons store by the end of the month. 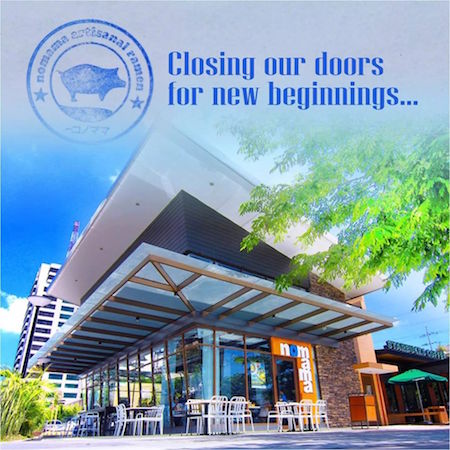 Writes the chef on Facebook: "It’s a bittersweet experience to announce that I will be closing Nomama Capitol Commons at the end of the month. After the pleasure of opening my own restaurant four years ago, carving out our mark in the industry, I’ve come to a point where I feel I need to re group and re focus. So I will be giving Nomama a momentary rest in order to bring it back with renewed vigor and a new strong partnership that will hopefully bring it to new heights. The details of this newfound partnership I will share in the coming days. For the meantime I warmly invite you to visit at Nomama Capitol Commons all throughout March to savor our food and relish the delicious memories."

Nomama became famous for fusion dishes that were creative yet well-defined. Back in 2012, JJ Yulo described it this way: "Nomama has managed to push themselves and come up with food without having to resort to Angus Prime steaks, or Kurobota, or imported this and that. It can only get better from here."

Earlier, in 2011, Eat Out Now!’s Alicia Sy compared it to the work of New York-based Chef David Chang, the off-beat culinary mastermind behind the world-famous Momofuku. "Initially, his (Chang's) work was met with reluctance, then came praise for everything, but the ramen and his noodles had to play catch up-and they did. Now there is the empire that is Momofuku." 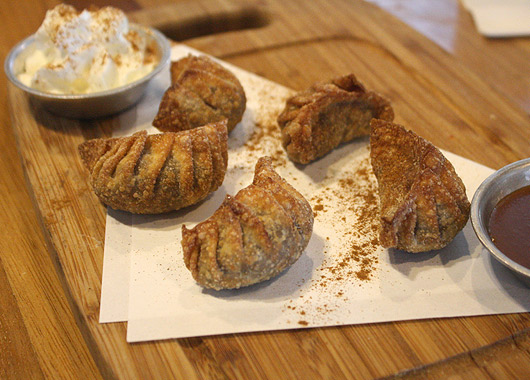 Where will we get our apple-pie gyoza now?

Apart from the ramen that flaunts ingredients like ox tongue, Thai green curry, and tofu, Nomama is especially handy with their gyozas. They have a truly dependable apple-pie flavor that we will surely miss.

Chef Him currently consults for other restaurants. He is responsible for the savory menu in Magnum Manila, and he is also set to open another restaurant in the Capitol Commons area, I Am Kim.

Note: The original version of this article had Seoul Bowl as the name for Chef Him’s upcoming restaurant. This has been updated.