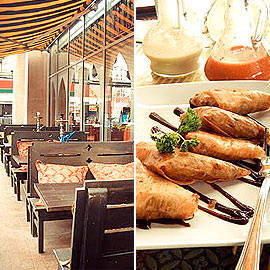 SPOT.ph zeroes in on the best places to get your shawarma, kebab, and hummus fix.

What makes a Middle Eastern dish authentic? Strong flavors of cumin and coriander seeds, flavors of rosewater, dried lemons and other exotic spices. Having grown up in Saudi  Arabia and having sampled my fair share of cuisine from around the region, I’d like to think I know what constitutes good Middle Eastern food. As we ate our way around Manila searching for restaurants serving the best, most authentic Middle Eastern fare in town, though, I learned that most of these places are owned and operated by people from Iran and not other parts of the Middle East, and almost all of them serve their versions of only the most popular Middle Eastern food.

And while shawarmas, kebabs, and hummus are undoubtedly the most well-known, the best that Middle Eastern cuisine can offer extends way beyond the sometimes singular flavors of these three dishes. That said, we stumbled upon quite a few gems, rediscovered old favorites, and found new hotspots, the word about which deserves to be spread.

SPOT.ph names the best joints in town to cure your craving for Middle Eastern eats, whether you’re on a tight budget or in the mood to splurge. 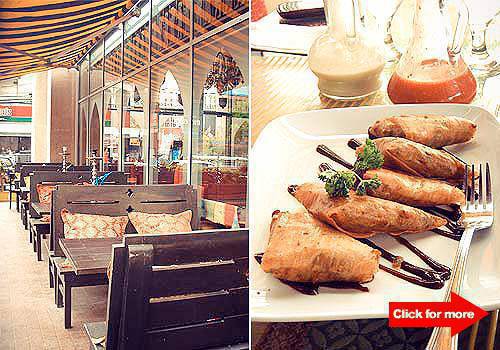 Got the hots for shawarmas, kebabs, hummus, and other Middle Eastern fare? Know where to go for the best in town. Click for more.

Artwork by Warren Espejo. Photos by Roselle Miranda and from the Behrouz Facebook page