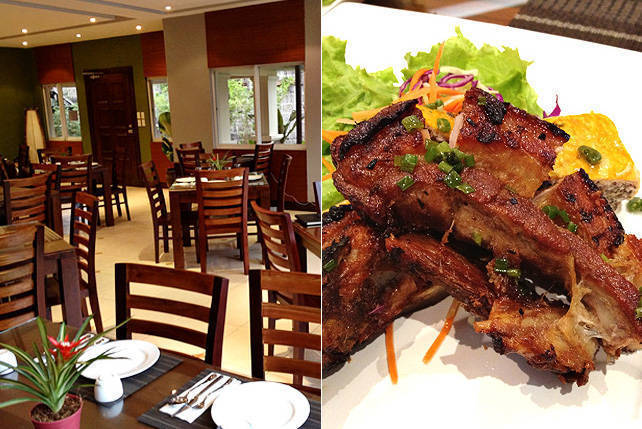 This Tagaytay hideaway is branching out in Manila. 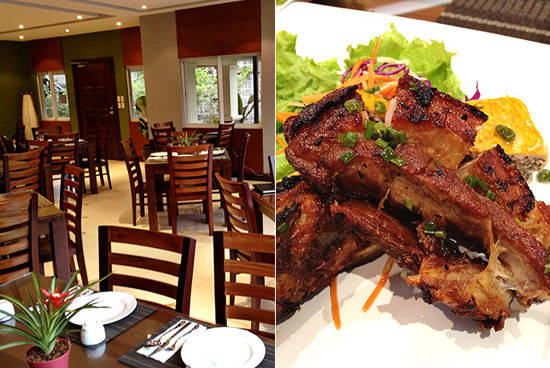 (SPOT.ph) Some secrets are too good not to be shared and Bawai's Vietnamese Kitchen in Tagaytay is one perfect example. With its full-bodied flavors providing all the marketing it needed, Bawai’s eventually established itself as a must-try in the southern weekend getaway. And now that the owners have opened its first Manila branch, patrons won’t have to travel far to get their Vietnamese fix. 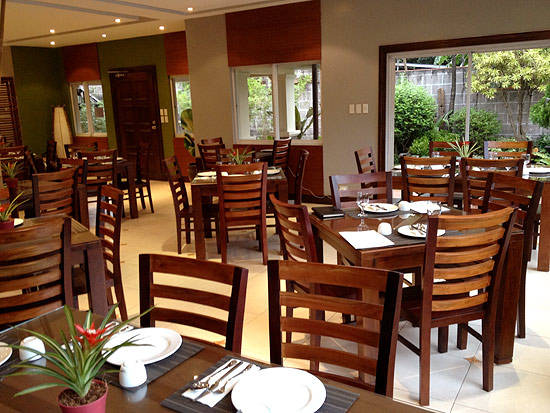 The latest branch takes inspiration from the things that made the flagship restaurant so appealing. Bawai, which is means maternal grandmother in Vietnamese, provides a family-oriented casual dining atmosphere situated in a house on White Plains (reported to be formerly owned by a veteran actress). Even if it’s located on a perennially busy avenue, it momentarily takes you out of the concrete jungle and into a semi-private enclave; a manicured garden with a large koi pond and a view of Eastwood's skyline completing the illusion. 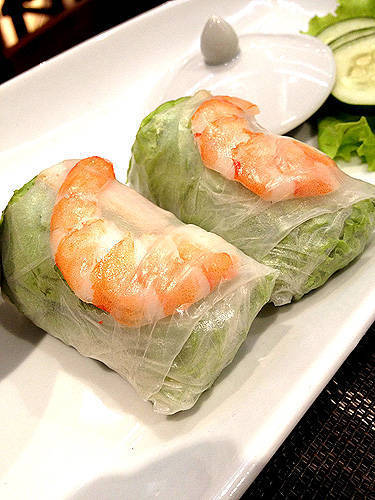 The menu, fortunately for Bawai’s regulars, is the same conservative selection of three soups, two noodles, seven mains, and a solitary dessert. Slight as it seems, each dish speaks volumes in terms of flavor. A staple Vietnamese appetizer is the Goi Cuon (P235). Caramelized pork, steamed shrimp, rice vermicelli, vegetables, and herbs are tightly wrapped in rice paper and served with a peanut sauce. The mint leaves and soft shrimps stimulate the palate while the peanut sauce adds a subtly sweet and nutty layer of flavor. Think of it as a salad "on a roll" where the freshness of each ingredient stands out. An equally refreshing starter is the signature Bawai's Salad (P305): fresh coconut sprouts and shredded carrot take the place of the usual mixed greens. It seems heavy, but the sweet-salty-spicy vinaigrette keeps the flavors from becoming overwhelming. 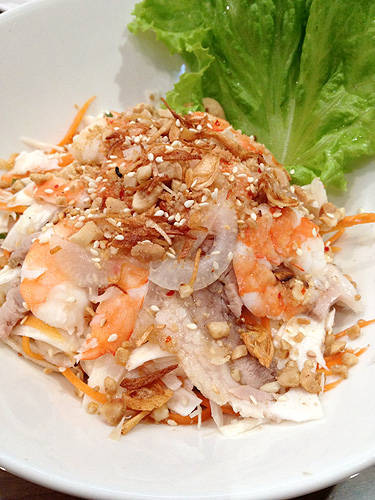 The main dishes on the menu cover the basics-there's chicken, pork, beef and seafood. Of the lot, people love the Com Suon Cha (P420). Typically made with a pork chop and omelet, Bawai's hearty version is two thick-cut grilled pork belly, a side salad, and with a thin wedge of mushroom egg pie. The pork remains juicy and moist, thanks to the layer of fat blanketing each piece. The pie, on the other hand, resembles a crustless quiche that's scrumptious on its own; its modest size quite disproportionate to its flavor. 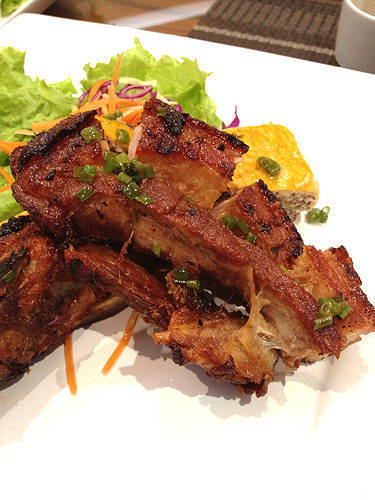 And if delicious pho is the main qualifier for any good Vietnamese restaurant, then Bawai's is definitely worth the trip. Unlike others which serve the dish DIY style, this noodle soup (P325) already has the herbs and bean sprouts mixed in. One sip alone will confirm that the broth has been produced through hours of patient boiling (no bouillon cubes anywhere). There's also a generous amount of sliced meat in it, making for quite a filling and reasonably priced meal. 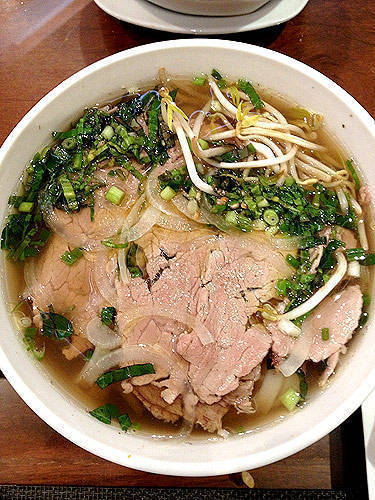 Now that Bawai's has become more accessible, there’s no reason not to feast on its delicious Vietnamese food. Then again, it's not like you’ll need an excuse to drop by, anyway.

Tagaytay Whiteplains Vietnamese Bawai
Your Guide to Thriving in This Strange New World
Staying
In? What to watch, what to eat, and where to shop from home
OR
Heading
Out? What you need to know to stay safe when heading out