Watch for Salt Bakery's opening, too! 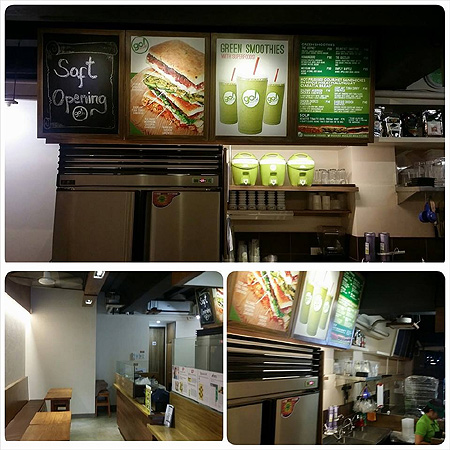 (SPOT.ph) Helping everyone maintain those #healthy2015 goals is Cibbie Gonzales, who began peddling his signature line of affordable and fuss-free salads in a small stall just off Katipunan in 2013. In a little over a year, Go! Salads has opened a second branch in Eastwood, expanding the initial set of four salads to seven, and offering green smoothies.

The Katipunan branch stayed put, though. The small space only allotted for salads and a few extras: hummus and pita, a pair of drinks, and isomalt cupcakes that prove sweet things can come healthy, too.

Just this January 7, Go! Salads has widened its reach, extending its Katipunan outpost to an annex five steps away. This enlarged space offers those delectable green smoothies, and even sandwiches and tomato soup. 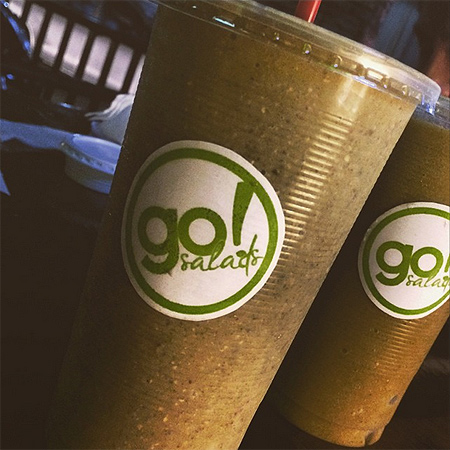 Testing out the smoothies...

Cibbie once told us that some customers use the shakes as meal replacements (some contain up to 350 calories), but for something light, the Simple Mapple-mango, apple, coco sugar, and greens-is a mere 150 calories.

Salt Bakery, which provides the scrumptious sugar-free cupcakes, will also open this month in the same space.

Go Salads Smoothies Greenhealthy Katipunan
Your Guide to Thriving in This Strange New World
Staying
In? What to watch, what to eat, and where to shop from home
OR
Heading
Out? What you need to know to stay safe when heading out