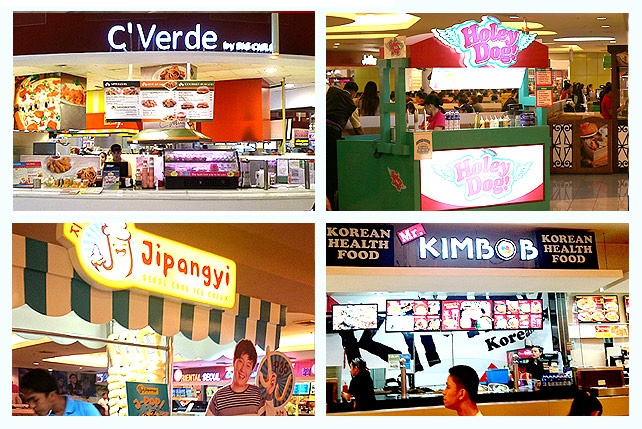 Quick and affordable meals can always be had at your trusty neighborhood mall food court. 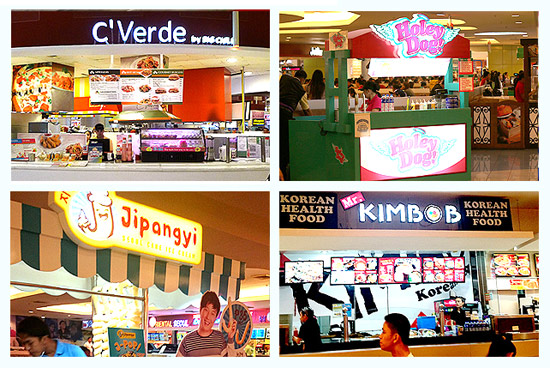 (SPOT.ph) For many people, the food court is where you go for a quick meal or if you want to check out different takes on traditional Filipino dishes, which are what you’ll usually find in most of the food courts in the city. We looked around and see what else food courts have to offer other than the usual fast food satellite branches and inihaw spots. 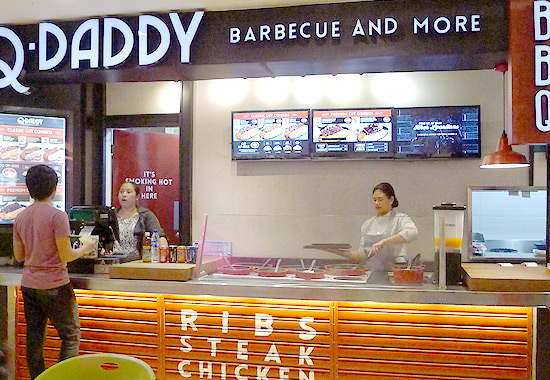 Sizzling meat dishes with rice on a hot plate are a veritable staple at food courts. Q Daddy joins their ranks, offering a relatively limited selection that packs a lot of flavor. The Moment Group has a long list of esteemed restaurants, but they're able to translate that quality into a stall. The steak is the priciest item on their menu (under P300), and the bacon rice that comes with the chopped chicken and the ribs is a brilliant idea. We also suggest trying the tasty, garlic-laced cold macaroni salad. 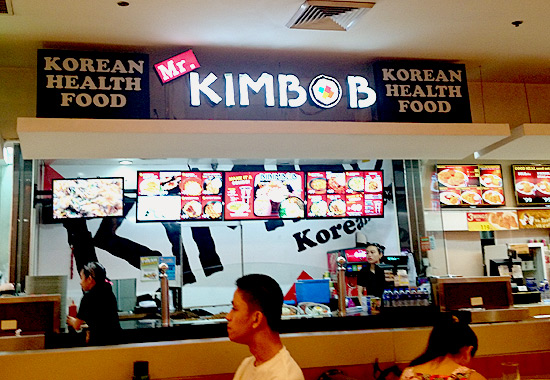 If you’re intent on stuffing yourself with tasty Korean food at a low price, you can’t go wrong with Mr. Kimbob. Their regular plate of bibimbap (it's called Bibimbob in these parts) is enormous and costs less than P200. The ultimiate bang-for-your-buck busog meal, it also comes with a small plate of chapchae. 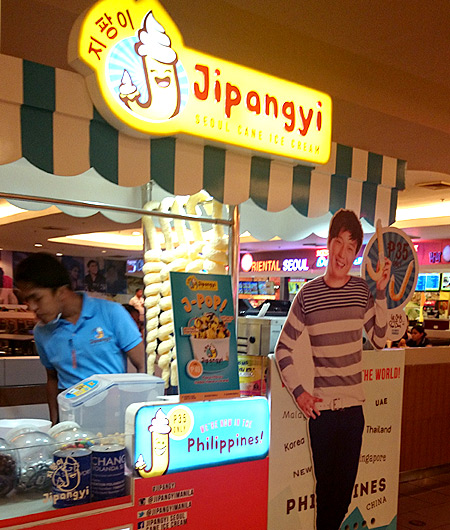 From a heavy Korean meal, it's only logical to move on to a delicious Korean dessert. Jipangyi is pretty hard to miss, as the cones (which look like canes) are prominently displayed at each stall. This Korean snack features a cone made out of corn injected with soft-serve ice cream (P40). We give it points for the unusual, yet interesting presentation. Still, traditionalists would be happy to know that they have soft-serve gelato (P49) with ice cream in cups. 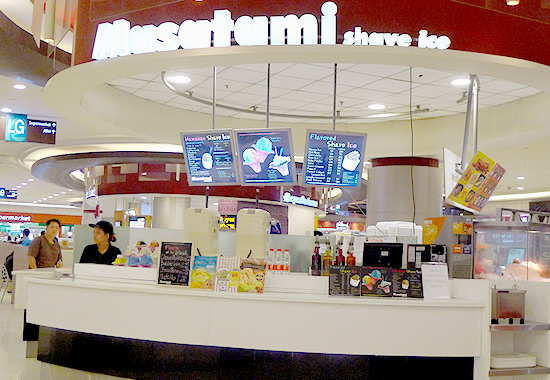 Colorful ice exploding with flavor—what’s not to like? Masatami gives people a taste of the popular Hawaiian treat, and aside from the usual fruit flavors, it also toys around with other flavors like Nutella, Swiss cheese, and coffee. 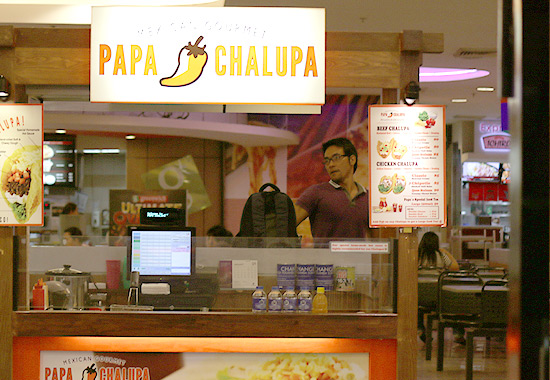 Simply put, this concessionaire is Mexican in a flash. For P80, you get a freshly made chalupa (pick your protein between beef or chicken)—a taco-like snack consisting of a crispier masa vessel and toppings—that’s overflowing with meat, cheese, and vegetables. 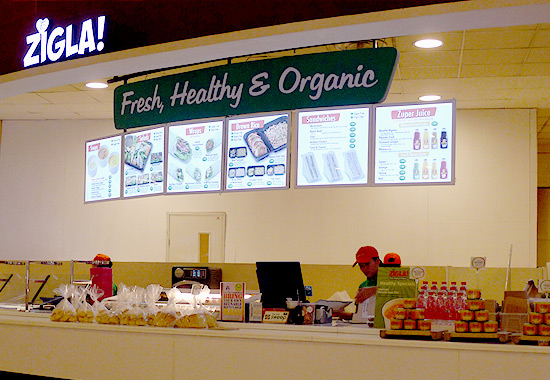 You don’t usually associate food courts with healthy eating, but that’s what makes Zigla! different. Zigla! prides itself on organic food (gluten-free options are also available), which includes everything from soups (the Miracle Chicken Noodle soup is a great sick-day meal) to salads, and wraps to rice meals (with brown rice), among others. 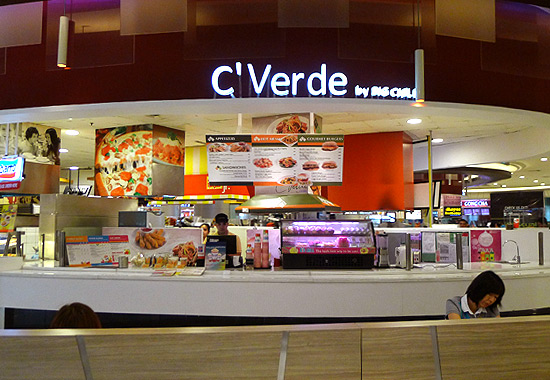 C'Verde or Cafeteria Verde is another healthy eating option that features items like Zucchini Sticks, Pad Thai, and Mongolian Veggie Rice—definitely not your usual food court fare. Here’s the other awesome part: none of the menu items cost more than P200. It's 100% vegetarian, and even the fried stuff is cooked in vegetable oil to maintain that standard. 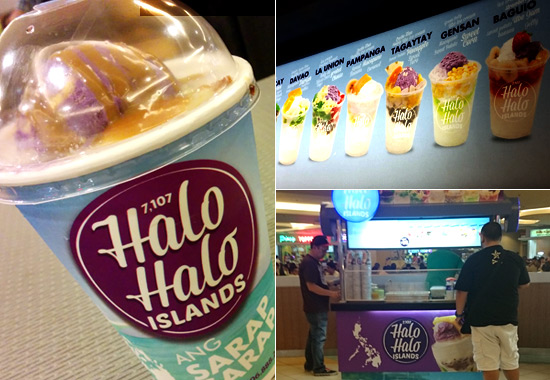 Knowing that this comes from the same group behind Fruitas, de Original Jamaican Pattie Shop, and more, already assures us of something good. Halo-halo is not a rare find in food courts (or anywhere in Manila, to be honest). But 7,107 Halo-Halo Islands adds a twist by featuring different halo-halo flavors with ingredients inspired by various locations in the Philippines. For example, the Davao flavor includes durian, and the Baguio flavor includes strawberry and ube jam. 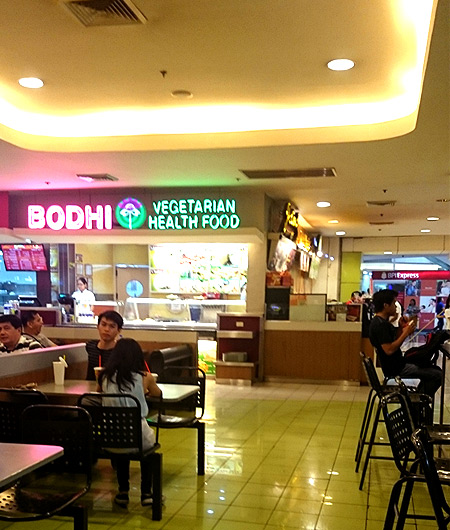 At first glance, you’ll think you’re looking at regular Filipino dishes, so you might be surprised to find that everything’s all vegetarian. We love how it makes vegetarian food very accessible and familiar to those who want to try it. Bodhi is especially handy with their pancit (with convincing enough faux meat) and their iced teas. 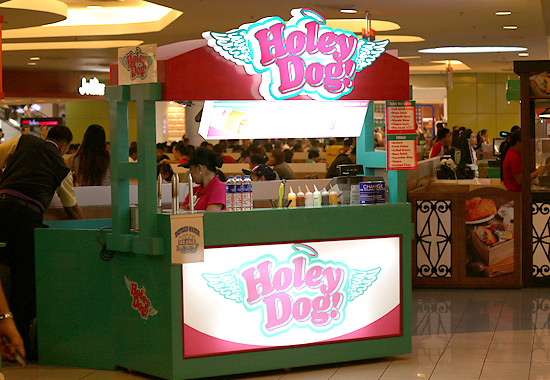 This hot dog shop from Thailand offers six hot dog flavors (Manila Heat being a more Filipino flavor that contains atchara) and a variety of dressings (the Fire Sauce is their signature) and fillings. Holey Dog uses a freshly baked baguette instead of a bun and sausages instead of hotdogs. A special machine from France drills the bun to make space for the sausage, resulting in this perfect soft core underneath a crackling crust.