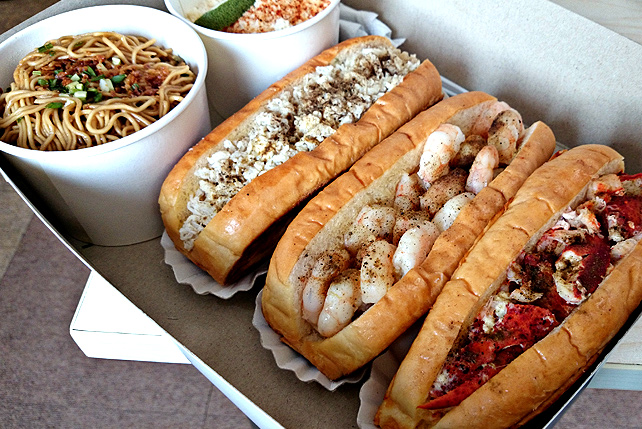 CHECK IT OUT: Bun Appetit sets the sandwich standard

Be still, your seafood-loving heart. 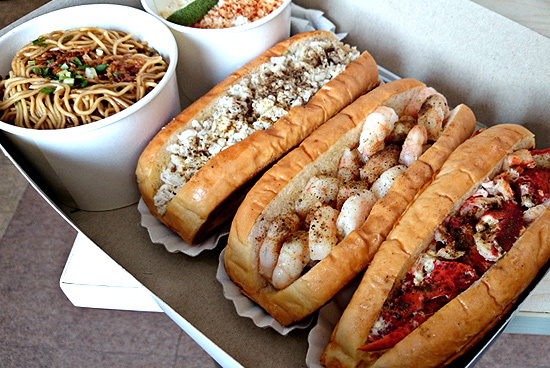 (SPOT.ph) There are too few sandwiches in the world that satisfy the Filipino palate. The real one that craves the heaviness of lechon, the thickness of bulalo, and lots and lots of rice (bonus points if it’s sinangag, and not the one that’s gotten involved in the intricacies of global flavor. Those who turn their noses in the air at a burger and say, this isn’t how Shake Shack does it.

Bun Appetit is not at all local, except that the owners are Filipino, as are the ingredients. Lawrence and Iya Cua, the couple who received their initial taste of seafood rolls in New York, returned to the Philippines bringing with them that unforgettable experience.

After months of taste testing and researching, they’ve figured out a way to replicate the magic of that first bite via three sandwiches: shrimp (P295), lobster (P495), crab (P395)—all anti-fillers, all allergic to more than a helpful dose of mayonnaise. This is, in the couple’s opinion, how seafood rolls should be.

There’s not a lot to compare it to in Manila. A minimum of three rolls is required for delivery (Lawrence and Iya have day jobs, and the sandwiches are their personal responsibility to spread a little more deliciousness in the world), which gives you an excuse to order each kind.

The box is this plain white thing that gives away nothing. A sweet note attached to that stark surface makes it feel like a personal gift from a friend: a sentiment that says, “Here is something so good, you have to try it.” Inside, the rolls are individually wrapped in more white, demanding curiosity more than expectation. We’ve seen them though—on social media where Bun Appetit is extra prolific—but photos could be an illusion and the right filter.

Not Bun Appetit. You rip apart the parchment like a kid on Christmas morning who received exactly what he asked for from Santa. You get what got your taste buds excited from that Instagram post in the first place. Long rolls glistening with yellow butter are filled at maximum. Crab through and through, shrimps galore, and a smorgasbord of large lobster chunks. It’s not a common sight, especially in a sandwich where one could easily cheat with potatoes, vegetables, and other unindentifiables, and get away with it.

There is little seasoning and only a very gentle rub of mayonnaise, which might take some adjustment to the Filipino palate, but Lawrence and Iya want to let their meticulously sourced seafood do the talking. It’s a very bold, minimalist statement, but not too difficult to understand. Bun Appetit makes you taste the value of your money in every bite. And it’s an immensely good value, if you like seafood.

If you don't, they also have Hong Kong-style garlic noodles (P100) and Cuban grilled corn (P100).

With pow in both looks and flavor, Bun Appetit aims to please.  It's an affair that started with Lawrence and Iya's first bite, but our last is just as magical. You'll finish one (or three) thinking not about seafood rolls in New York, but about Bun Appetit as it is. If—when Filipinos get into the sandwich bandwagon, Lawrence and Iya should get ready for a stampede.