Earth Kitchen BGC has everything you love from the White Plains branch...and more
Loading
Already a member? Log in
No account yet? Create Account
Spot.ph is your one-stop urban lifestyle guide to the best of Manila. 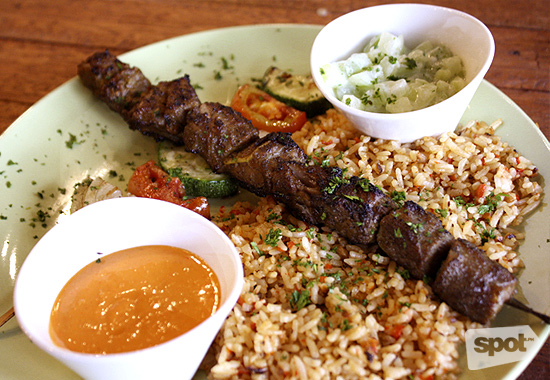 Earth Kitchen BGC has everything you love from the White Plains branch...and more

Have your cameras ready because this store is ready for pictures. 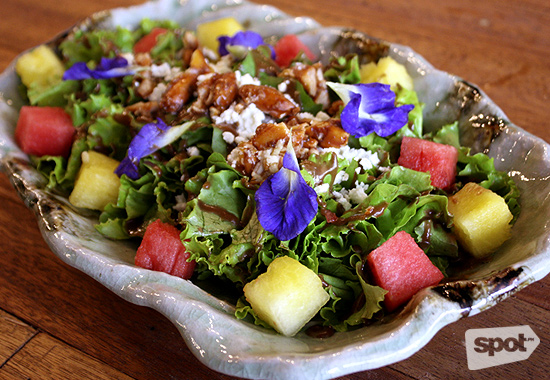 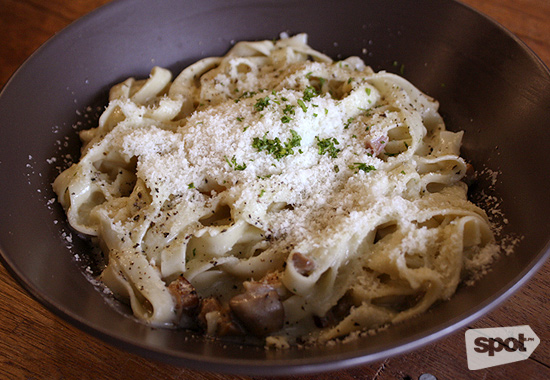 There’s magic in the bestselling Beef Kebab, which features the tenderest, intensely flavorful cubes of boneless ribs skewered and served with grilled vegetables, either tortillas or Ifugao rice pilaf, and tzaziki. The secret is in the perfect sous vide. The Four Mushrooms and Egg, their version of a carbonara, is a sensational slate of homemade linguini coated in a cheese and cream sauce with bacon morsels and blasts of mushroom (shiitake, milky, and button). The egg is organic and wonderfully velvet. 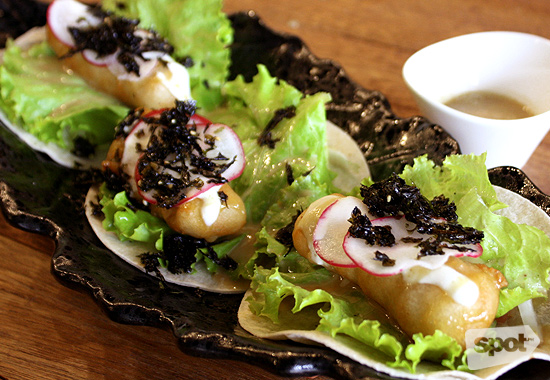 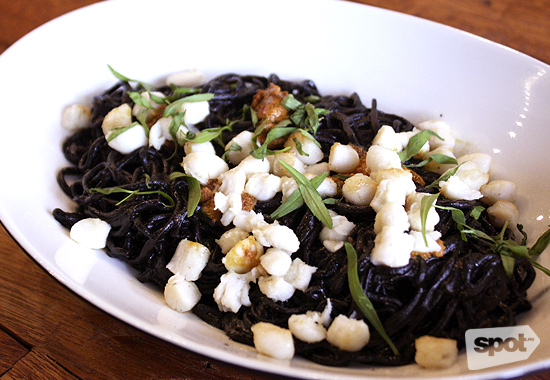 The whole restaurant theme may take inspiration from the earth, but the Scallops and Aligue pasta is all about the sea. Squid ink infuses a mellow sweetness into the pasta, but it’s the aligue that gives it depth. As for the Goat’s Cheese Frozen Cheesecake—it’s hard to top a luscious creamy ice cream (nope, it's not really cake!) with a kicky tail-end. 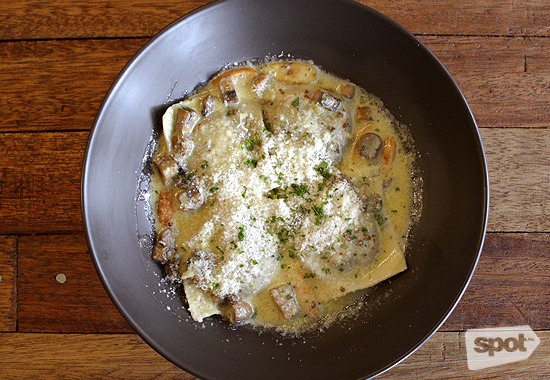 There’s a bonus, though. Special seasoning, if you will; that extra good feeling of helping someone simply by dining. Earth Kitchen is the extension of Got Heart Foundation, which partners with communities and aims to promote the local agricultural community. The dishes are the final showcase of those farming efforts, like proof that these ingredients, with the proper treatment, are worthy in their own right. Co-owner Melissa Yeung Yap, who also heads the non-profit organization, uses it as a venue to exhibit art by children from Yolanda-hit areas. Proceeds go to rehab efforts. 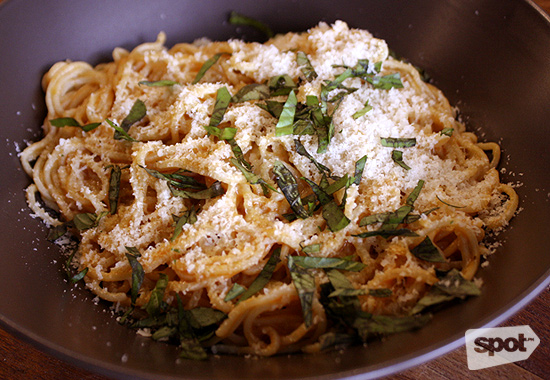 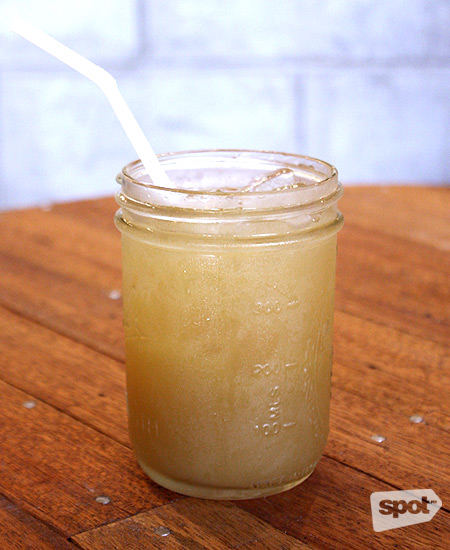 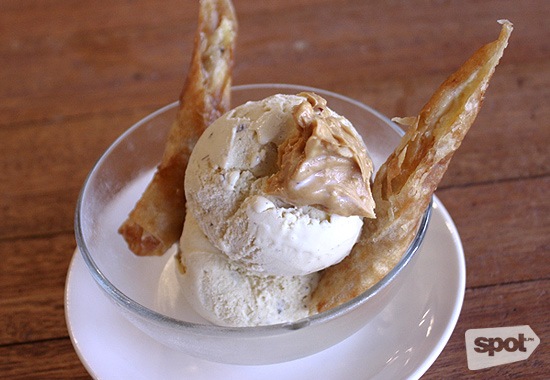 One thing is missing though, and we’re not just talking about the Farm’s Harvest Salad (French beans with just pepper, a sous vide egg, and potatoes), whose obsoletion we’re still grieving over. You have to admit that even with the finesse of putting edible florals on the plate or pooling colors in the Braised Bacon, the concrete box on White Plains just wasn't conducive to Instagramming, missing the natural light that makes food photos so especially tempting. At their newest branch in Bonifacio High Street Central (the space formerly occupied by Tampopo), however, Earth Kitchen actually looks like an earthy kitchen. 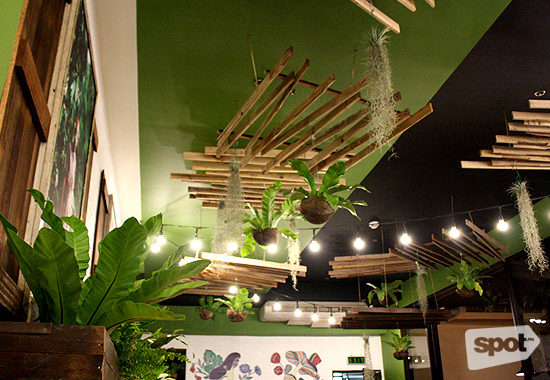 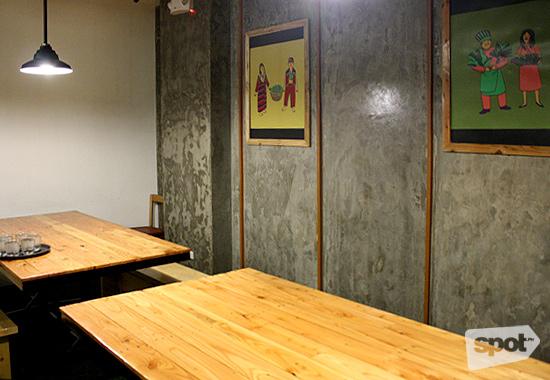 It takes its cue from Kitchen 56, Earth Kitchen’s now-defunct sibling on Jupiter Street. That same concrete detail finds itself on the walls, but it simulates a much more light-hearted and airy atmosphere. Think rustic garden party: faux grass on the floor, aerial plants dangling from the ceiling, dark distressed wood on the counter and lighter shades for the picnic benches, bistro lights flickering across the room. A bamboo bike welcomes you at the entrance and there’s a VIP room in the back, in case you need some private time to enjoy your Pomodoro Spaghetti (with extra Parmesan cheese!).

Parking, which could be difficult during rush hour in the Katipunan area, is a much easier undertaking in Bonifacio Global City.

The final lesson here? Consistency. Those Beef Kebabs have been as mouthwatering since Day 1. Earth Kitchen may be a small endeavor compared to other restaurants, but those flavors are big, bold, and, most importantly, steady.