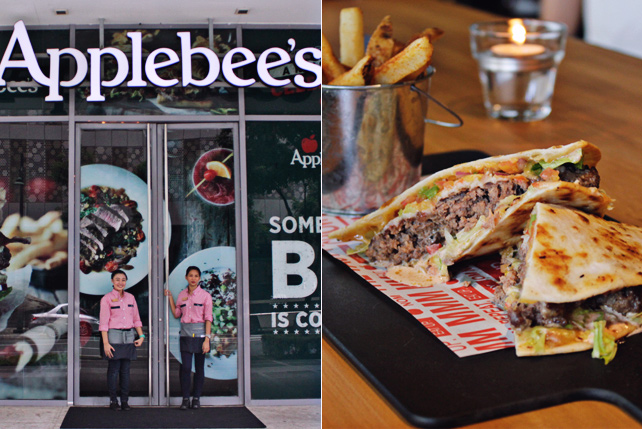 This American institution is opening in Manila this September. 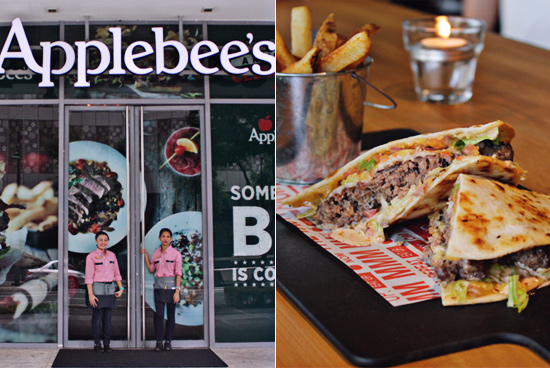 (SPOT.ph) It's not far-fetched to say that Applebee's Grill & Bar is an American institution. You know you're that inculcated in the American culture when comedies like Hall Pass and Talladega Nights are able to make jokes about you.

Applebee's was founded in 1980 and has since become the largest casual-dining chain in the world—with over 2,000 outlets spread out in 16 countries. After several months' wait, it will finally open in the Philippines. This month, they promised us during the special sneak peek on September 10. 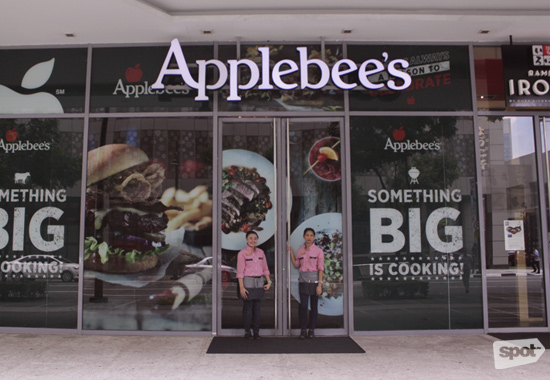 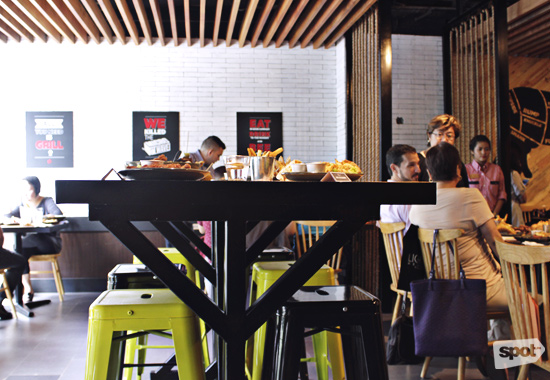 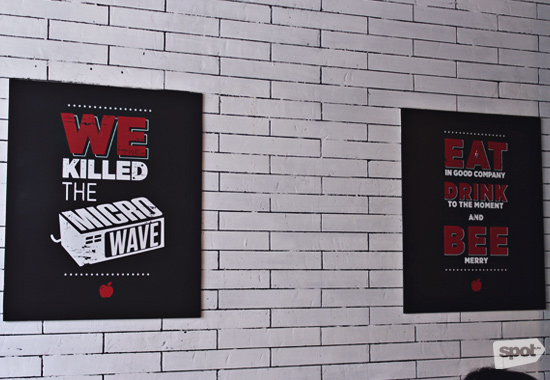 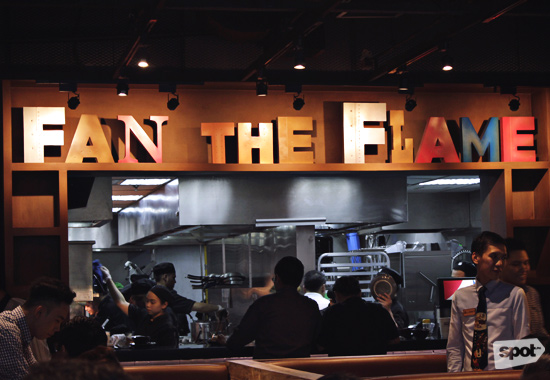 Applebee's fans, do you notice the difference?

Brought in by Global Restaurant Concepts (IHOP, California Pizza Kitchen, P.F. Chang's, et cetera), Applebee's Philippines replaces the space formerly occupied by Mad for Garlic (another Global-owned establishment) on 9th Avenue at Bonifacio Global City. Snazzy interiors and sassy quotes ("We Killed the Microwave") streamline and refresh the brand's typical chill mood. They describe it as a "360-degree brand evolution," much more apt to their celebratory style. The Philippines will be one of the first locations to unveil this new look.

Fans of Applebee's from the U.S., however, would be pleased to know that the restaurant, which is known for its reliable comfort food, has maintained its core menu—and delights with new options. Jimmy Cavalaris, DineEquity, Inc.'s director for development and operations (Asia Pacific), tells us that the Philippines has such a developed food industry (compared to 20 years ago) that it was much easier to find suppliers that fit Applebee's standards. Many of the ingredients are sourced locally, while items like beef and fries are imported. We love how instead of the usual Hershey's for their popular S'mores Dip, they use the local Malagos chocolate for a stronger hit of flavor.

Excited? Prep your tummies and round up the gang. Here's your first look at Applebee's Philippines: 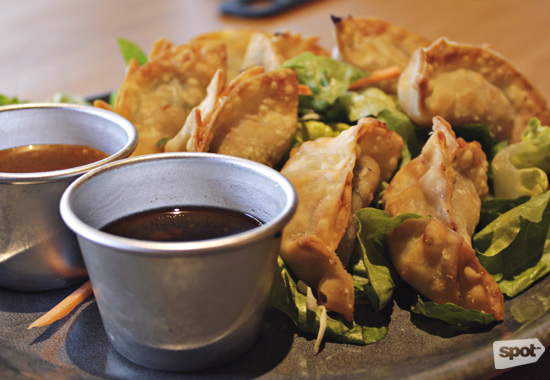 These Asian-inspired Potstickers (P325) feature pork and shrimp inside fried wonton pockets. Dip it in the peanut sauce and you won't regret the calories. 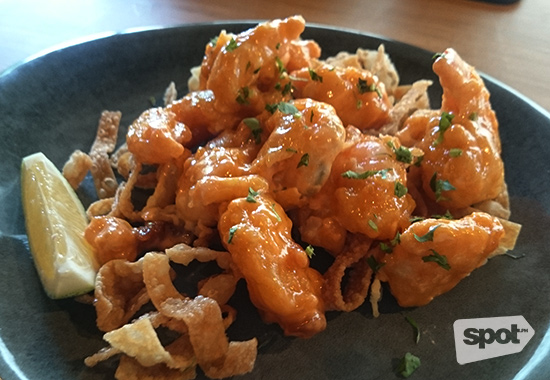 The Sriracha Shrimp (P445) is a bestseller. The trendy spice blend treacherously hits you at the tail end of every bite. Enjoy it with the strings of fried wantons to blend together a variety of textures. 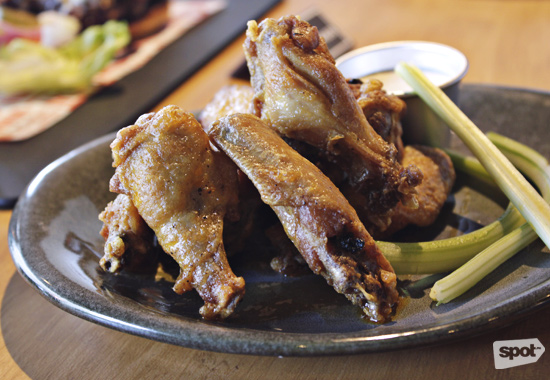 You'll have to use your hands to really dig the Double Crunch Bone-in Wings (P395). These wings are both crispy and meaty, the most comforting combination ever. Smear some of the tangy sauce over and start munching. Warning though: You might never stop. 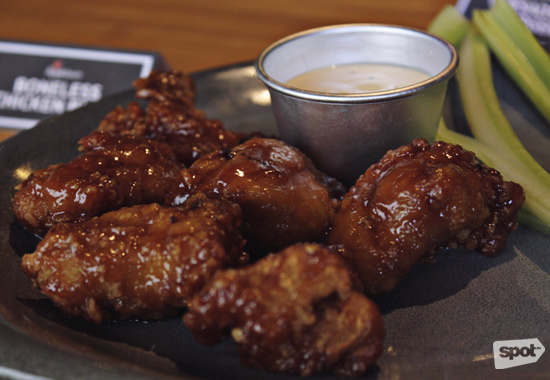 If you're too hungry to deal with bones, the Boneless Chicken Bites (P375), with that slightly sweet glaze is a fuss-free treat. 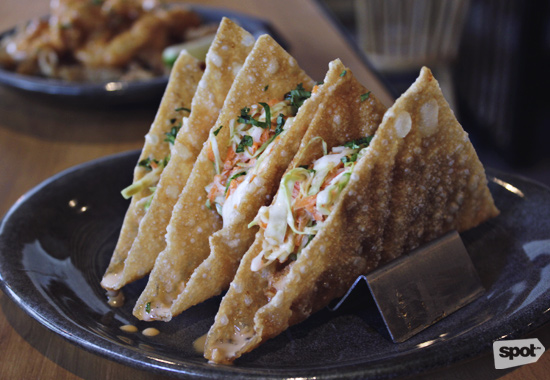 The Wonton Taco (P225) is a Mexican-Asian crossover—rather successful, if you ask us. The wonton offers a lighter crunch that pulls up the effect of the filling. 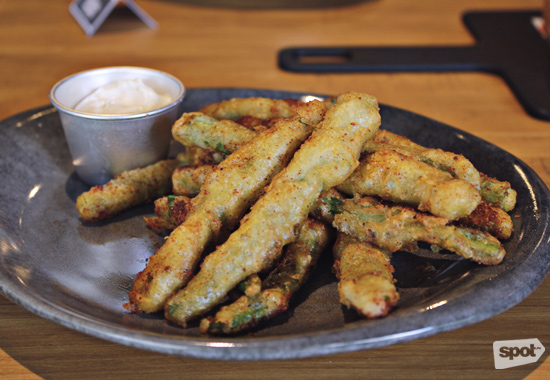 Some of the appetizers also appear on the Bar Snacks menu with different portion sizes and prices. The Green Bean Crispers (P195), battered greens that are deep-fried crispy, might actually convince us to go vegetarian if Applebee's comforting line-up of steaks and ribs weren't so darn tempting. 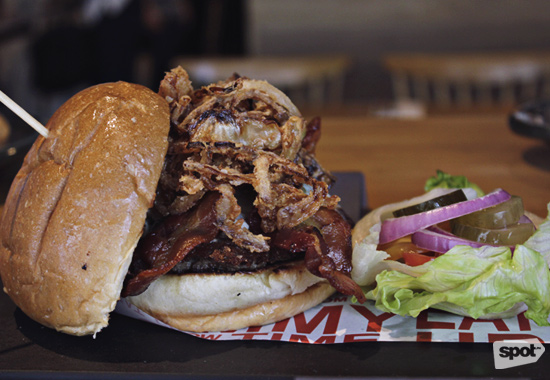 The Cowboy Burger (P525) is a popular choice. It's an all-American assemblage of thick, juicy patty lavished with crispy onion strings, melted white cheddar, and the yummiest smoked bacon strips. The yummy beef patty is moist enough, but the complement of honey barbecue sauce—sweet, smoke, spice—takes it a notch higher. 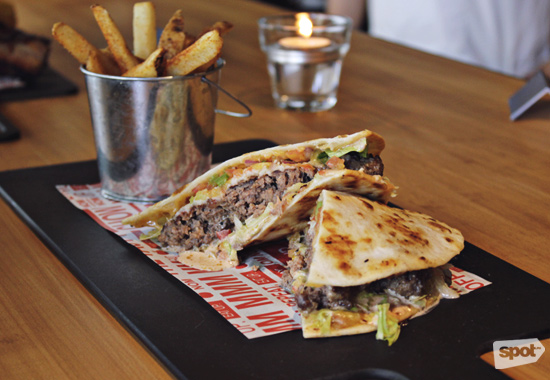 Looking for something a little more off-kilter? The Quesadilla Burger (P525) is a low-carb, high-protein love affair. It upgrades the Mexican classic by stuffing a fat patty in between the tortilla, and merging their Mexi-ranch sauce with pico de gallo, shredded lettuce, and Jack and cheddar cheeses. Now that is fusion food we can all get behind. 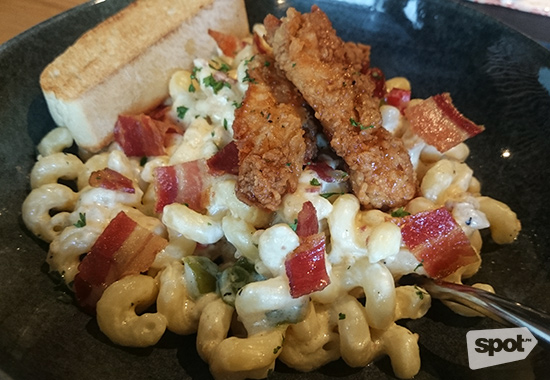 There's no reason not to love the 4-Cheese Mac & Cheese with Honey Pepper Chicken Tenders (P385). Imagine a subtle but flavorful macaroni and cheese (with imported curly cavatappi pasta) tossed with chicken tenders and slices of bacon. That's a good Friday night in one bowl. 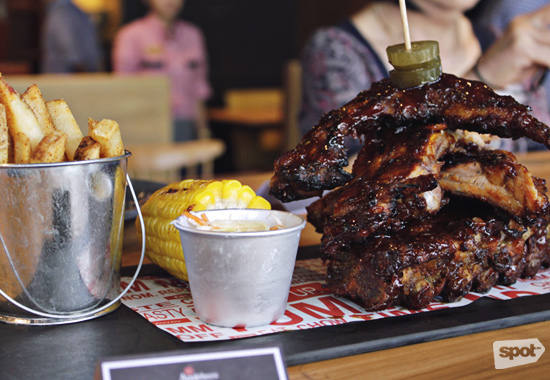 The Riblets (P395 to P595) are an Applebee's classic. If you're with friends, you better excuse yourself because these babies are best enjoyed with your bare hands. Your face might get in on the action, too, so have some napkins ready. Applebee's spice blend perfectly highlights all the right points of this porky dish: chipotle for smokiness and honey barbecue sauce for that touch of sweet heat. If you could only eat one dish at Applebee's, this is the one you have to try. 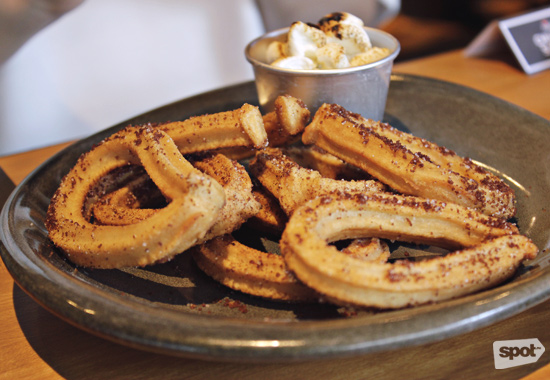 The Churros S'mores (P245) is fun to dig into. You have to really dip those deep-fried choux-pastry sticks in the cup of s'mores to get your ratio of chocolate (Malagos, high-five for local products!) and marshmallows. It's not oily, too! 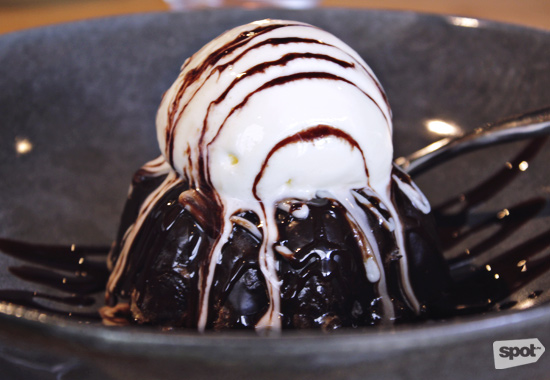 The Blondie (P325) is another crowd-pleaser, but the Triple Chocolate Meltdown (P295), a rather fancy term for chocolate lava cake a la mode, will make you happy on a different level. It's deep chocolate amazingness through and through.

Applebee's BGC will open this September. Stayed tuned for updates. A second branch at Eastwood, Quezon City, is set to open before 2015 ends.

Applebee's Global Restaurant Concepts
Your Guide to Thriving in This Strange New World
Staying
In? What to watch, what to eat, and where to shop from home
OR
Heading
Out? What you need to know to stay safe when heading out