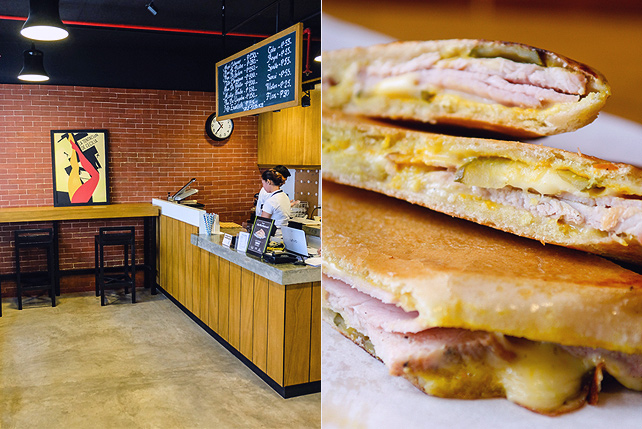 Everything you ever imagined this sandwich would be? Pepi Cubano is better. 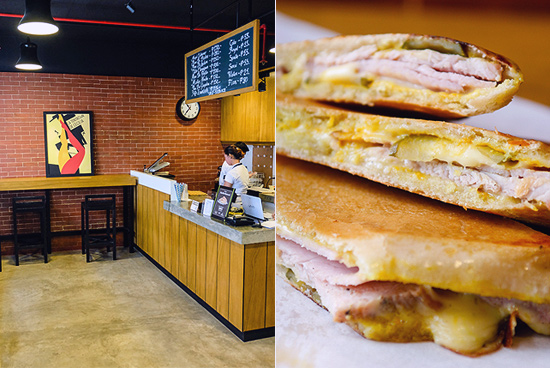 (SPOT.ph) It's 2015 and chances are your mouth has watered while watching (and re-watching) Jon Favreau's 2014 sleeper hit, Chef, a film about a jaded, er, chef, who finds his heartsong making Cubanos in a food truck. Of the many significant food shots, there's one magical scene where they finally create their first El Jefe Cubano that would make even non-sandwich fans go weak-kneed just looking at the gooey cheese and imagining the tingle of mustard with the saltiness of ham...

Cut. This is real life. Enough about Jon Favreau because no matter how awesome that film is, it could never quite live up to the same satisfaction as the real thing. At least not the same way that Pepi Cubano does. 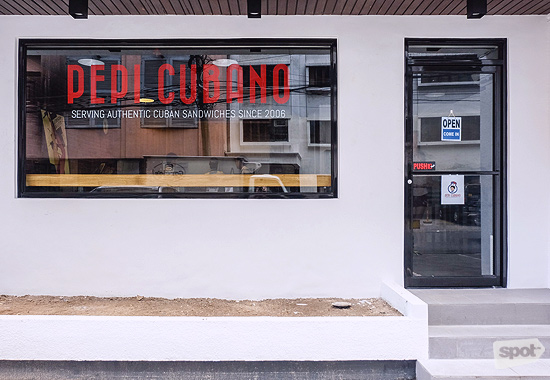 It's hard to dissociate this sandwich from Chef nowadays, but Pepi Cubano has been selling their version since 2006—and founder Susan Dalmacion has been enjoying them long before that. She was living in Los Angeles when she saw a bakery that attracted customers in droves. The main event was apparently a simple sandwich packed with ham, pork, pickle, and more. In 2006, she went into business, selling them in Salcedo Market for a few years and in a "secret" commissary where customers could enjoy her wares for grab-and-go. 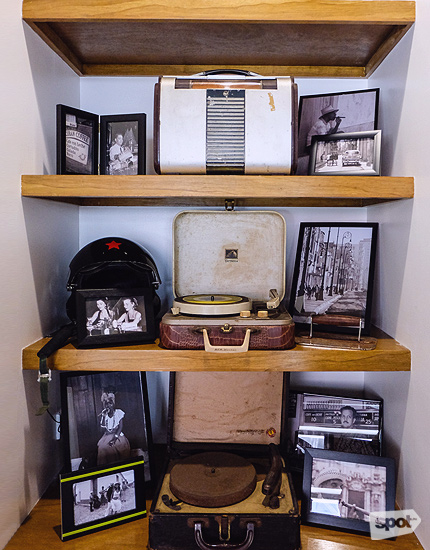 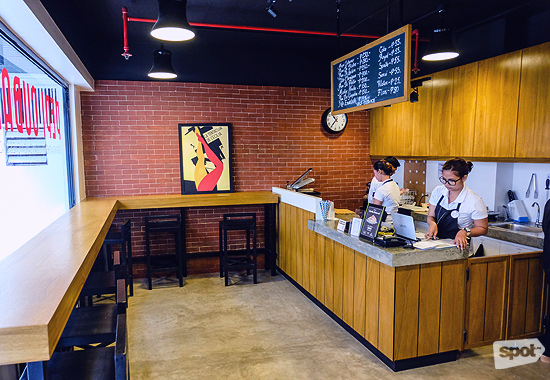 Fresh is best. Have it here.

The new Pepi Cubano at the corner of Dela Rosa and Gallardo in Legazpi Village is a renewal of sorts, from the fresh location to actually having seating to the curiosity driven by pop culture. Ms. Susan's son Toti and his wife, Rica, run this particular show, but they still carry the same spirit that made Pepi Cubano such a gem. "We still get all of our sandwiches from the commissary, and it's still my mother-in-law who knows all the recipes," says Rica.

Pepi Cubano's seven sandwiches make up the menu, but Rica tells us that they might make other additions, like coffee and desserts that are more fitting with the theme (they only have flan at the moment). Apart from that though, the couple wants to keep things as is.

Cubanos actually originated in Florida, which has a large Cuban community. "Cuban workers would eat it so it's really hefty. It's a simple and hearty dish," says Rica. 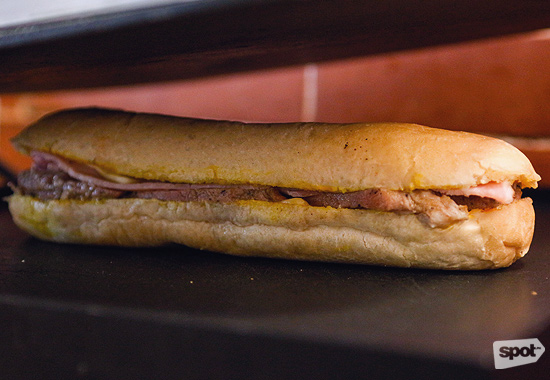 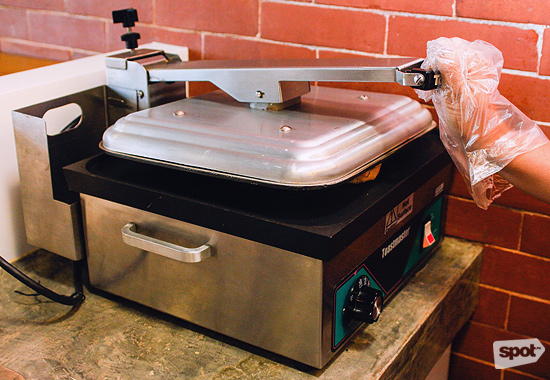 It takes around five minutes. 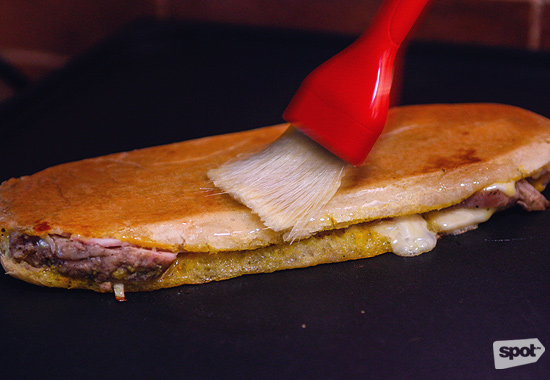 Only French butter is allowed here. 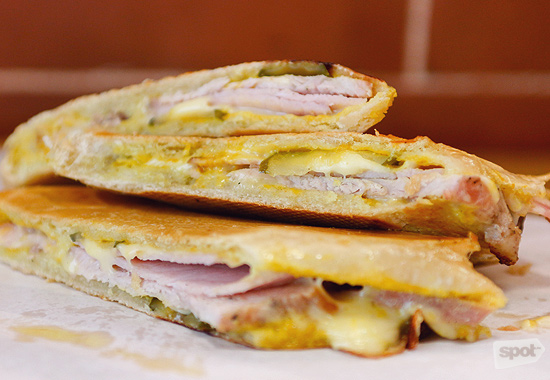 Cubanos aren't the most photogenic of sammies, Rica admits, but it's definitely one of the tastiest. It's prepped nearly like a sub: a baguette enriched with marinated roast pork (we can hear John Leguizamo yelling, "Mojo!"), ham, pickles, and cheese. It's flattened in a sandwich press until the bread turns into a toasted golden hue. It's meticulously and generously painted in French butter for extra flavor. If you haven't seen it pre-plancha, the Cubano leaves a lot to the imagination. It's modest and flat, a lanky thing that doesn't look like much until you take a first bite and the melted cheese oozes out in strings that you'll want to relish. Rica and Toti share that there's so much more going on behind making a Cubano than what people think they know.

What we know is the result, the sandwich in front of us. It's hearty, yes, but the pickles lift up the flavor, a little perk with every mouthful. That and the crispy bread trick your mind into thinking that this is lighter than it actually is. The movie sets up high expectations, but now, in this little 16-seater space, that finally allows you to enjoy your sandwich steaming and fresh from the griddle, Pepi Cubano sets the bar even higher.

Right now, Rica says they have a supplier for their baguettes, but if everything goes well, they're looking into making their own. That only means there are more exciting things to come.

*Operating hours are subject to change.

Legazpi Village Cubano Pepi Cubano
Your Guide to Thriving in This Strange New World
Staying
In? What to watch, what to eat, and where to shop from home
OR
Heading
Out? What you need to know to stay safe when heading out