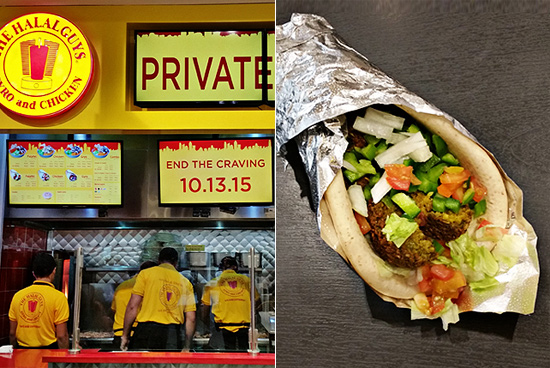 (SPOT.ph) The Halal Guys has come a long way from being the only Middle-Eastern food cart in sea of hotdog and pretzel concessionaires in New York.

We all know the history by now. The stall on West 53rd and 6th Avenue originally peddled hotdogs in 1990, but the three founders observed how Muslim cab drivers would look for halal food meals. Thus, the chicken, gyro, and rice platters were born, and, according to The Halal Guys' website, you shouldn't forget the famous red and white sauces.

It seems so simple, but the flavors are spot-on and The Halal Guys usually has foot traffic that could rival New York's bumper-to-bumper situation. After an unfortunate and fatal line-cutting event in 2006, The Halal Guys actually hired security.

The goal is to push for halal food commericially and—again according to their website—to eventually become the "most dominant and best American halal food restaurant in the world." In recent years, The Halal Guys has widened their reach in New York, and in 2015, 25 years after it was founded, opened restaurants (not a cart!) in Chicago and California. The next stop? Mandaluyong City. At the SM Mega Food Court, which has been boarded up with that curious yellow banner since 2014.

Now, after a few worth-it delays, the boards are coming out. The Halal Guys is finally opening to Filipinos on October 13. How long will the lines be? Well, it might just snake down to the third floor. Fuel your anticipation with a first look: 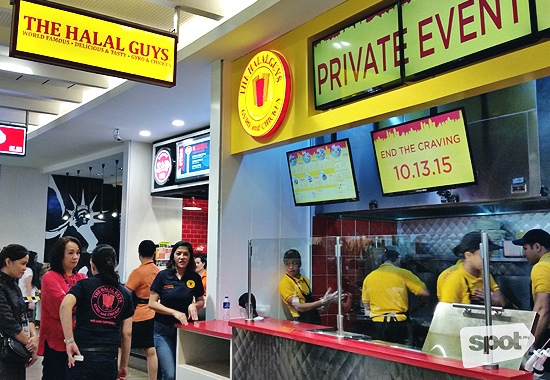 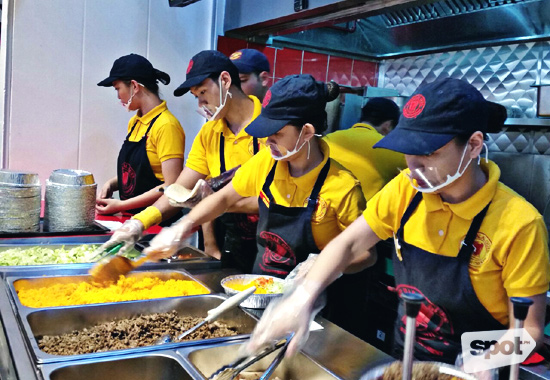 The much awaited opening of Halal Guys is set on October 13 and all we have to say is: the wait was worth it. Fully Booked owner Jaime Daez is responsible for introducing Manila to the iconic New York City halal cart on 6th and 53rd Street. The kiosk in Mega Fashion Hall's food court is the first international franchise, and according to Jaime, is a happy accident.

And of course, there's the Combo over rice, for those who can't decide on just one variant. Combine Chicken and Falafel (P239/small; P339/regular), Gyro and Falafel, or Gyro and Chicken (P269/small; P369/regular; P469/New York Size). 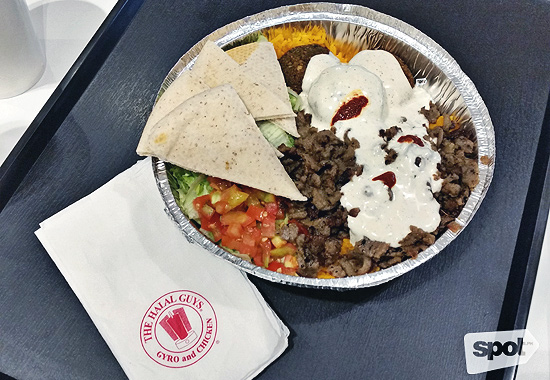 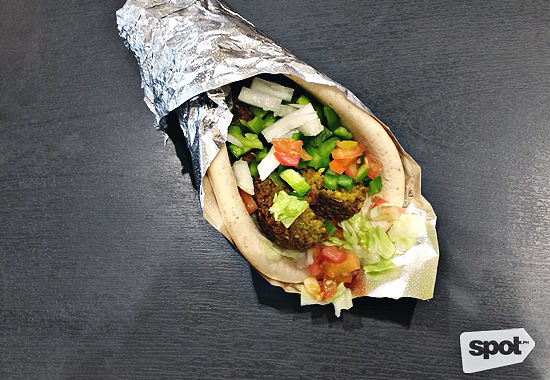 Expect bold flavors in everything you taste. The quality and taste of The Halal Guys in Manila is spot on, compared to that little kiosk in Manhattan everyone has grown to love.

The Halal Guys plan to expand before the year ends, and Jaime is looking at opening a second branch in Fully Booked's flagship store in Bonifacio Global City.

But first, mark your calendars for the Mega Fashion Hall opening on October 13—the first 100 people to line up get a free a new York size Combo platter.

Sm Mega Fashion Hall The Halal Guys
Your Guide to Thriving in This Strange New World
Staying
In? What to watch, what to eat, and where to shop from home
OR
Heading
Out? What you need to know to stay safe when heading out