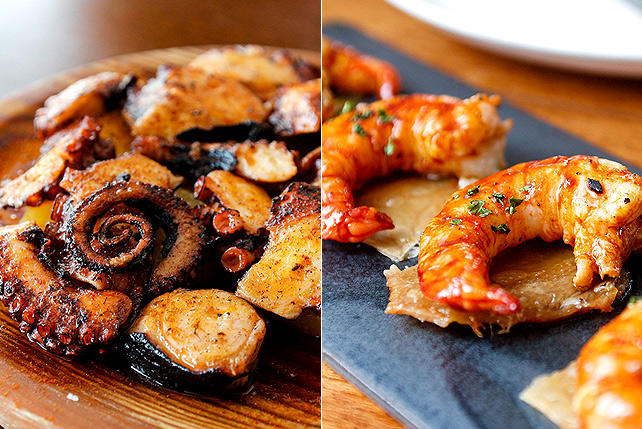 Upgrade your after-work drinking habit with our updated list for the best of this Spanish tradition. 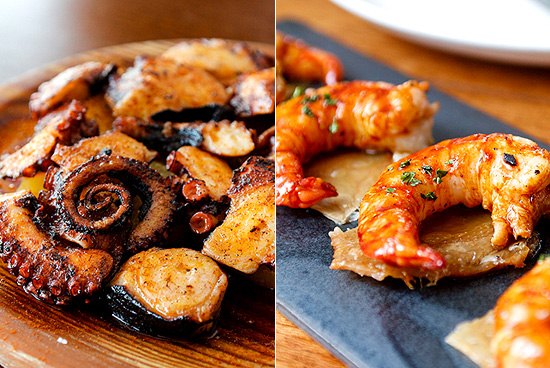 (SPOT.ph) We do love having a good drink and some appetizers after a long day. It's in our genes—Filipinos cannot drink without pulutan. It's the same with our Tisoy brothers, apparently. Before they have dinner at around 11 p.m., Spaniards like to chill out at their neighborhood tapas bar for some cerveza, wine, or sangria accompanied by a handful of delectable bar bites.

With our growing appreciation for Spanish cuisine—both traditional and modern—and an influx of fresh talent, tapas bars are mushrooming throughout the metro and are warmly received by both yuccies and well-traveled food fiends. Here is our updated list of places where you can enjoy this fun and tasty Spanish tradition. 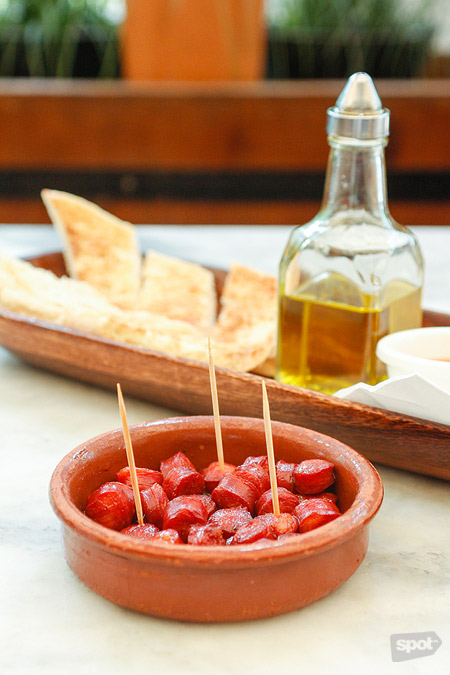 We cannot ignore the fact that this Spanish bodega concept introduced tapas to a wider market since they opened their first branch in Pasig a decade ago. Drive to any Barcino branch and you will see it packed to the rafters even on a random week night. They like to keep things easy and familiar with their dishes, which is fine by their regulars. Known for their reasonable prices and drink promos, it's a favorite of young urbanites who are looking for something more refined than beer buckets and sisig. 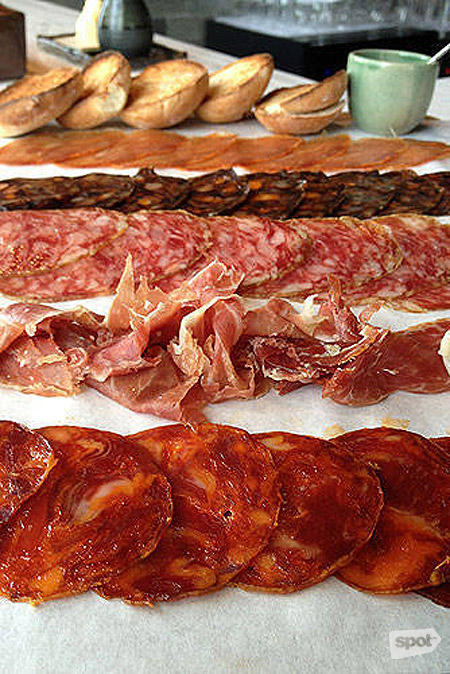 Some might say that this Alabang go-to for serious eats is not a tapas bar, but the country club set that hangs out there for after-golf drinks and chow would beg to differ. Aside from their curated menu of charcuterie and modern small plates, The Black Pig also offers an impressive drink list composed of craft cocktails, wines, and small-batch imported beers. For those who like to start early, chefs Carlos Rodriguez Garcia and Trisha Macdonald have just started serving their own spin on breakfast. The Pig Pen is your one-of-a-kind breakfast treat, but it morphs into a quirky bar after 4 p.m.

Los Favoritos: Charcuterie Board (P880)! Chefs Carlos and Tricia constantly revise the menu so it's always a different visit every time. 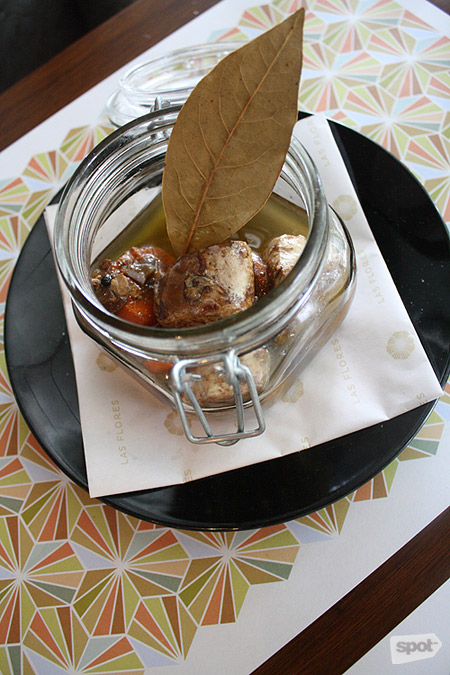 Although it's best-known as one of the prettiest restaurants in Metro Manila, Las Flores is not the type that uses its looks to get by. Owners Uri Singla, Sergi Rostoll, and Dani Aliaga are a rare breed of restaurateurs that truly take public opinion to heart and use it to constantly improve, turning what was once thought to be a trendy drinking spot into one of the area's most established go-to date places. Their BGC resto continues to draw a young and vibrant crowd that enjoys their inventive and modern Spanish cuisine paired with some really good cocktails. 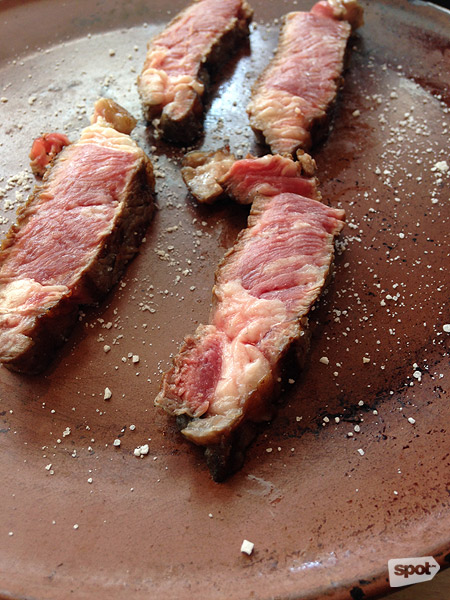 Despite an abundance of watering holes in the Greenbelt area, this Spanish stronghold thrives thanks to its tasty sangrias and good food. Chef Robert Spakowski's green eyes might have a bit to do with it, but his presence in the kitchen has definitely made Tapella a serious contender once again. Rain or shine, an expat crowd regularly gathers in their al fresco area at sunset for some apero and people-watching. 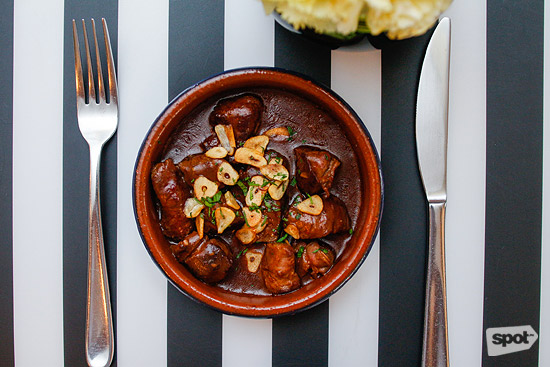 "When it ain't broke, why change it?" seems to be the philosophy behind Chef J Gamboa's enduring Spanish restaurant. "Classic" here definitely doesn't mean staid and lackluster—in fact, the menu is peppered with many of Gamboa's most popular, trendsetting dishes (hello, bone marrow). The only issue we have about coming to Cirkulo for wine and tapas is that we almost always end up staying until dessert. 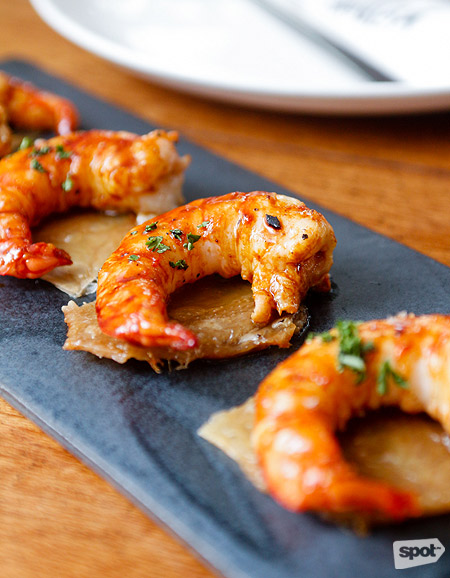 The sexy little bar and resto tucked away in a quiet street in Rockwell is owned by the muy guapo Spaniards behind Las Flores and Chureria La Lola, so don't be shocked when the crowd is just as easy on the eyes. Aside from the clientele, what keeps people coming back are Chef Pepe Lopez's tapas that are always flavorful and visually stunning. Cocktails are just as innovative, and there is a reasonably priced wine list for those who want to keep it simple. Portion sizes are on the pequeño side, but hey, models need to eat, too. 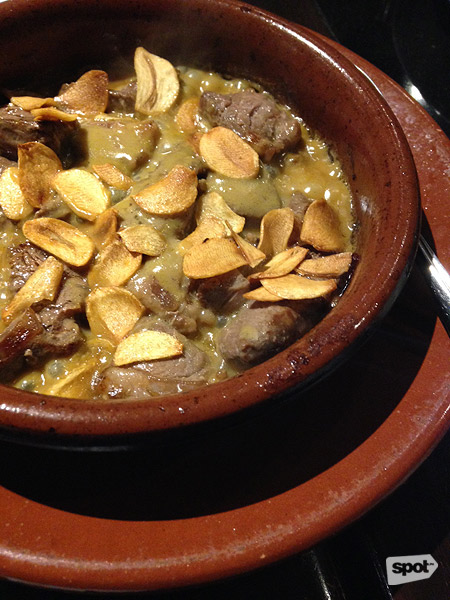 What began as a showcase for the fine products sold at the deli has now taken centerstage and is rebranded as Terry's Bistro. Chef and owner JC de Terry's passion for his native cuisine is contagious and a bite of his meticulously prepared dishes will convert even the most discerning eater into a disciple. Wine enthusiasts are spoiled for choice as they literally have hundreds of bottles—from Basque Txakoli to French Bordeaux—to pair with their tapas. 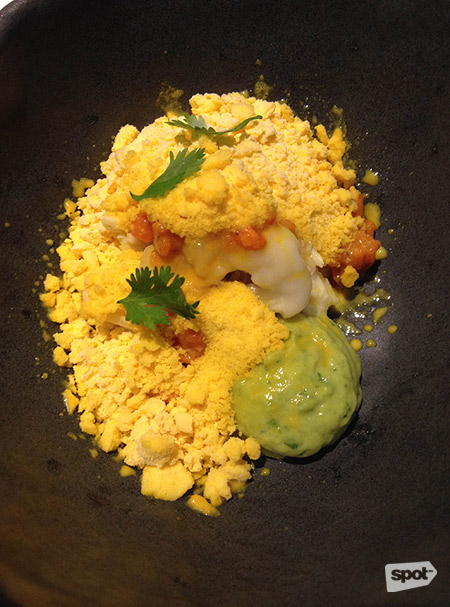 It's refreshing to know that even if Chef Chele Gonzales has his plate full coming up with seasonal degustacion menus for Gallery Vask, the tapas bar continues to stay on top of its game. The extensive menu covers both modern and traditional styles, accompanied by well-balanced, reasonably priced, and inventive cocktails. No shame in noontime drinking here—they also serve brunch with some drink-all-you-can sangria thrown in for good measure. You might want to soak in your surroundings, too. The restaurant's dining room and terrace are both architectural pieces of art. 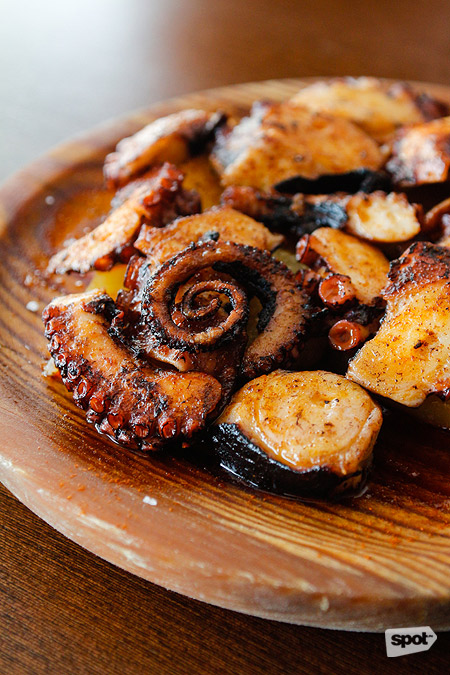 Ever since it opened at BGC in 2013, Donosti has been the go-to spot of high-profile folks for power lunches in the area. Executive chef Tippi Tambunting is often on hand to make sure that the food is always stellar and the service is cheery and efficient. Basque chefs lord over the kitchen, so you can be sure that the food is not only well-executed but also authentic. This restaurant is not cheap, but then the accommodating staff goes all out to make it worth the extra pesos. 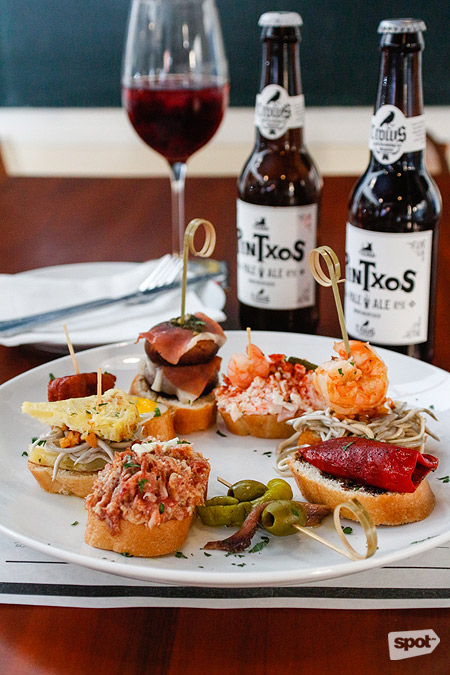 It's uncanny how a bar in the middle of a residential area in Alabang makes you feel like you are on the cobbled side streets of Barcelona, but truly, Bar Pintxos does that. Aside from having the neighborhood joint vibe down pat, the Basque bar bites are flavorful, well-balanced, and pretty affordable. Regulars walk in and sit on a bar stool, order their favorite pintxos, then scan the blackboard for the week's specials. The drinks list has a little bit of everything, from local and imported beers to Spanish wines, but the star is their sangria—it's arguably the best in the metro.

Photos by Jericho San Miguel, Chinkee Clemente Koppe, and from the SPOT.ph archives