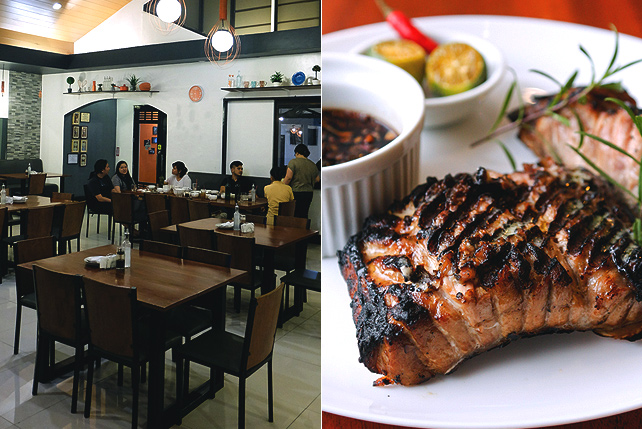 Your taste buds will definitely tingle at this restaurant that puts the spotlight on sour. 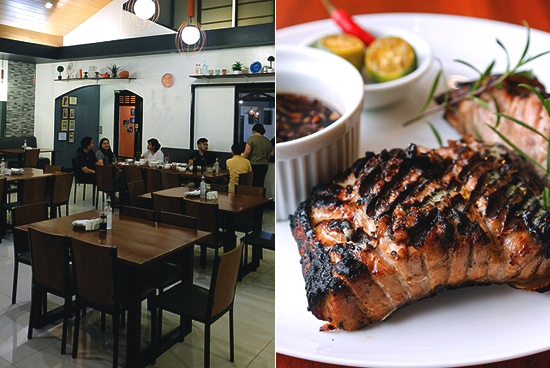 (SPOT.ph) When we first met Isaiah and Korinne Ortega, they were still Korinne Lirio and Isaiah Ortega, a chef-baker duo who owns the comfort food restaurant Orange Whisk. Fast forward several months later, and the two are now newlyweds and proud new parents to their Filipino concept, Sinigang by Orange Whisk.

"Orange Whisk was hard to sell," Isaiah says when asked about the reformat. People didn't know what it was about, and some were surprised that they served meals aside from baked goods. With Sinigang, the Ortegas hope to strengthen their brand by focusing more on Filipino cuisine.

And focus, they did. They overhauled the menu, removing old viands and adding new items. Some staples remained, albeit under new names (e.g., Garlic Butter Shrimp was renamed Ginisang Hipon sa Bawang at Taba ng Talangka). 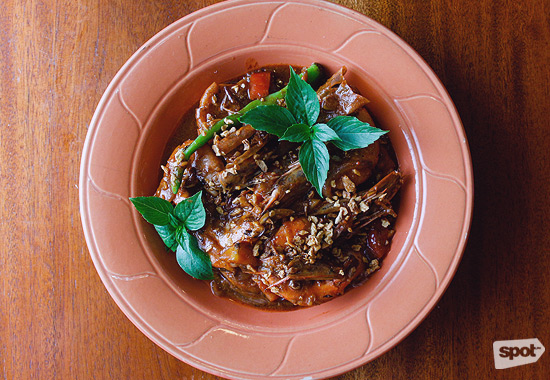 With a name like Sinigang, its no surprise that the menu offers nine kinds (and counting!) of the traditional dish. The restaurant expanded their sour soup fare to include sinigang variants such as Sinigang na Panga ng Tuna sa Miso and Sinigang na Tadyang ng Baboy sa Sampaloc and Kansi. There are even more soups that are off-menu, but can be ordered upon availability, such as Sinigang na Salmon sa Libas. 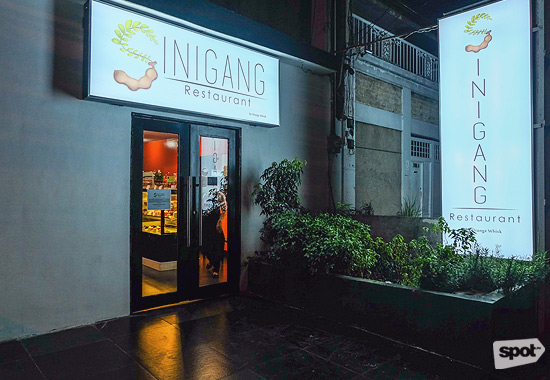 The Orange Whisk stall is still there. 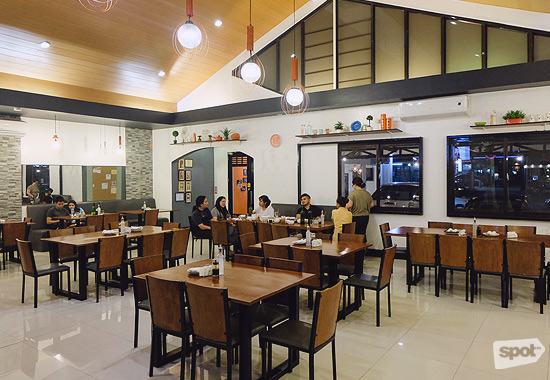 Traces of Orange Whisk in the lights

The road to Sinigang was paved with research—lots of it. Isaiah and Korinne decided that they should name their restaurant after something familiar and easier to remember. So Isaiah looked up rankings of Pinoys' favorite and most-ordered Filipino dishes, and found that sinigang was in the top five. For some reason, however, most restaurants have focused on its "rival," adobo, instead.

The Ortegas chose the other route. "[People love sinigang] because it's good with rice," Korinne, a self-proclaimed sinigang fan, says. Isaiah found that there was so much more to sinigang than sampaloc, and decided to take inspiration from other provinces and incorporate their native ingredients into the menu. Eventually, Isaiah plans to grow batuan, libas, and bignay—plants known for their sour qualities—himself. 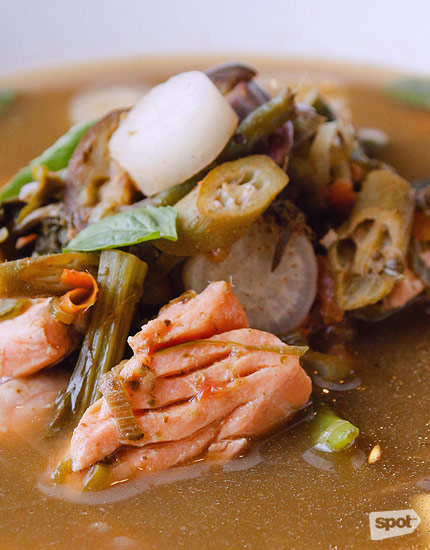 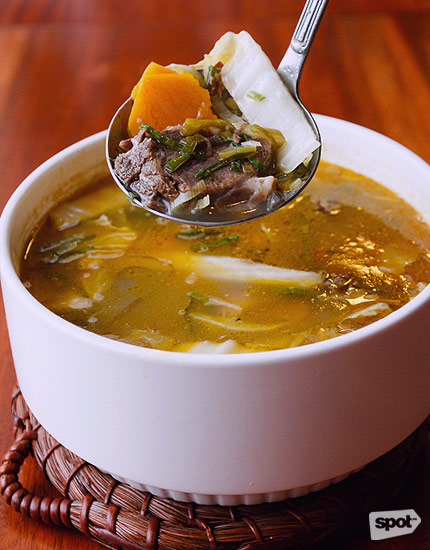 Their hard work resulted in authentic Filipino dishes that are both familiar and refreshing to the palate. To call the Sinigang na Salmon sa Libas (P325) sour would be an understatement. The essence of Bicol's libas leaf is a jolt to the system, an extremely stimulating kind of sour that can cure anyone's common cold. Meanwhile, Kansi Laman (P260), also known as "sour bulalo," is a milder take on the flavor, yet just as savory. Isaiah adds squash and other vegetables to his version of the Visayas staple, adding color to the dish. 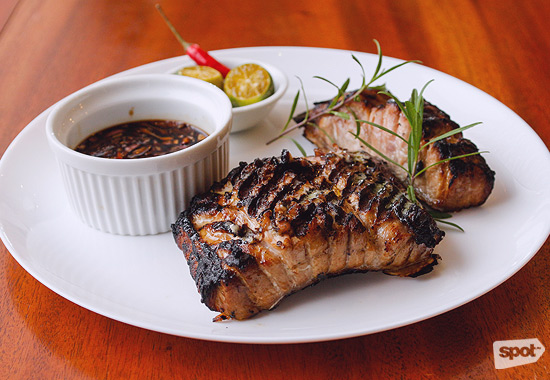 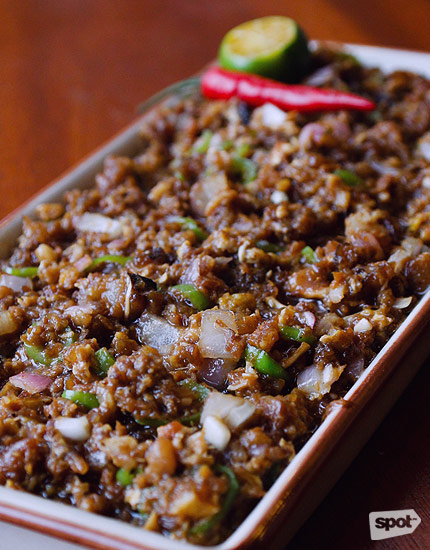 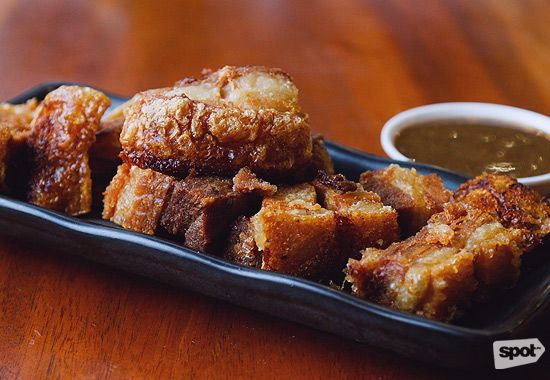 The chef also wanted to play with traditional fare by incorporating contemporary ingredients. The Bistek Kitayama Wagyu Salisbury (P280) has all the salty-sour vibe of regular bistek, but with a thick slab of Wagyu beef for a meatier taste. Meanwhile, the Lechon Bagnet (P375) is a classic, with extra crunchy skin and juicy pork meat. 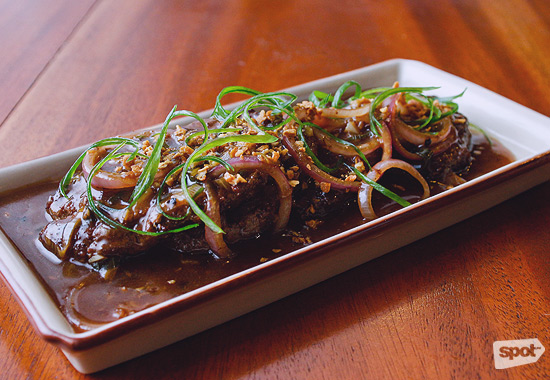 It just reopened on October 8, but Sinigang definitely has more meals up its sleeve. Pinoy desserts like buko tart, buko pie crumble, and a special jumbo espasol are in the pipeline. Because Korinne's desserts have a following, Sinigang keeps the pastry kiosk at the entryway, which still offers their signature cakes, cookies, and eclairs.

Fans of Orange Whisk need not be worried about the changes in Sinigang. Korinne admits that most of it's still the same, perhaps alluding to the resto's focus on delivering really good flavors in each and every meal. It may seem different, but it's a delicious kind of different.

Aguirre Avenue Orange Whisk Sinigang
Your Guide to Thriving in This Strange New World
Staying
In? What to watch, what to eat, and where to shop from home
OR
Heading
Out? What you need to know to stay safe when heading out