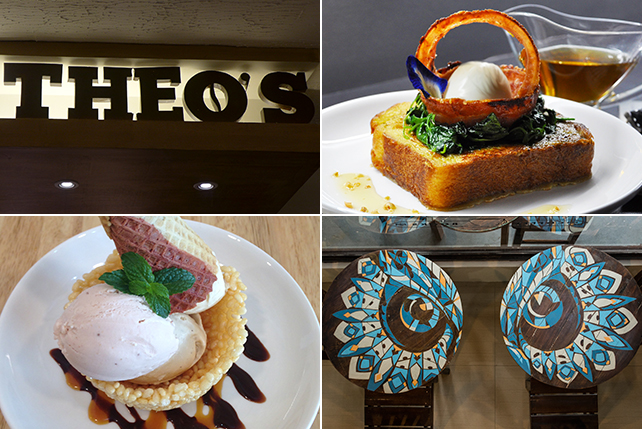 10 Restaurants You Shouldn't Miss at the Maginhawa Food Festival

Okay, it's actually called the Quezon City Food Festival. Also Maginhawang Pasko. Whatever you call it, here's where to go! 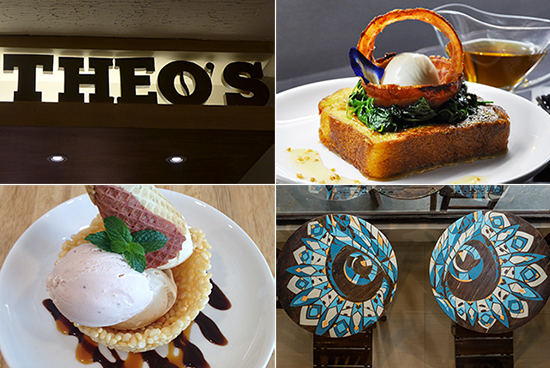 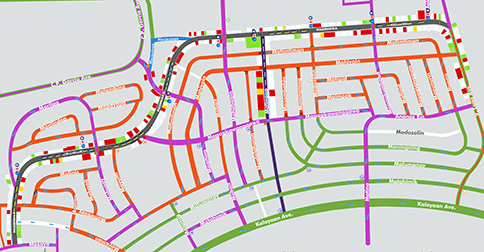 That dark gray strip? That's the entire stretch of Maginhawa.

The Quezon City Food Fest was organized last year as part of Quezon City's 75th anniversary celebrations. This year, just in time for Christmas, over 300 food and shopping concessionaires (not 500 according to other reports) will be installing themselves on the two-kilometer strip (which also spills over to adjacent streets, too), on top of the thoroughfare's already established line-up of restaurants. Here's a thrilling piece of news: over 100 restaurants in the area will take part in the festivities.

We're still on our toes to see which stalls are officially joining the fun (we listed a few confirmed ones below), but the following restaurants are must-tries. You're definitely in for a Maginhawang Pasko. 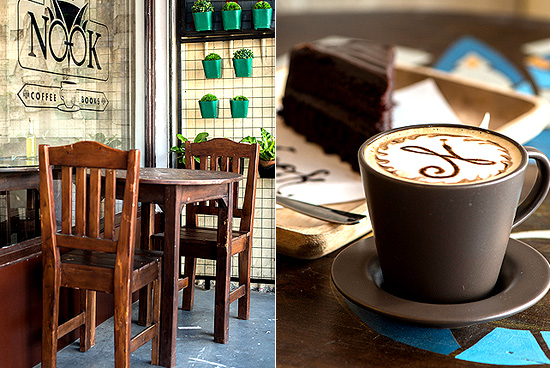 Whether you're just in to read and have some butterbeer or you're out for a bite to eat, Maginhawa's very own piece of Hogwarts is always a fun encounter. We're extra excited, too, because owner Nicole Guanio told us that she's prepping something special just for the event. The Nook is always a full house on regular days, so we're sure the place will be packed!

The Nook is at 164 Maginhawa Street, Quezon City. Read more about The Nook. 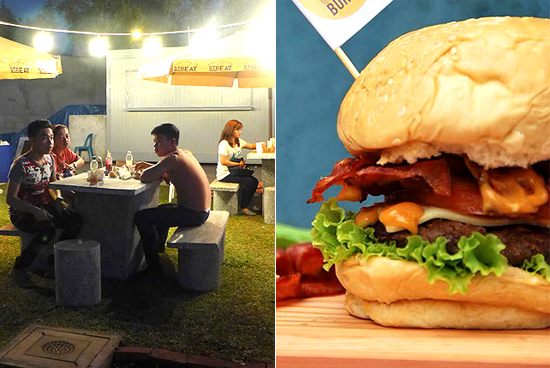 This isn't a restaurant. Rather, StrEat is a lot that gathers together a set of delicious and varied food stalls, including Internet sensation, The Lost Bread. Other must-tries include: Magpie Cafe, Grape Escape, Bricks and Copper Turkish Cuisine, and Me Love You Long Time. 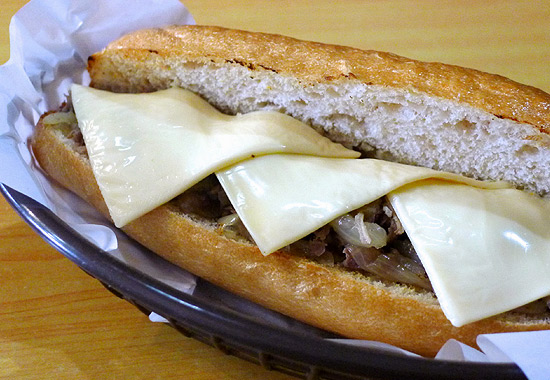 Here's a little trivia: It was during last year's Quezon City food fest, where RBy's Steak and Shake sold 300 sandwiches that put them on the map! This sandwich emporium has been going strong ever since. Their hefty sandwiches marry authenticity, affordability, and reasonably generous portion sizes. We love their range of specialty cheeses!

Antiteasis is the ultimate chill-out spot. There are barely any actual chairs. Instead, the place is a hodgepodge of beanbags and throw pillows—the perfect ways to feel at home with a cup of coffee and a book. 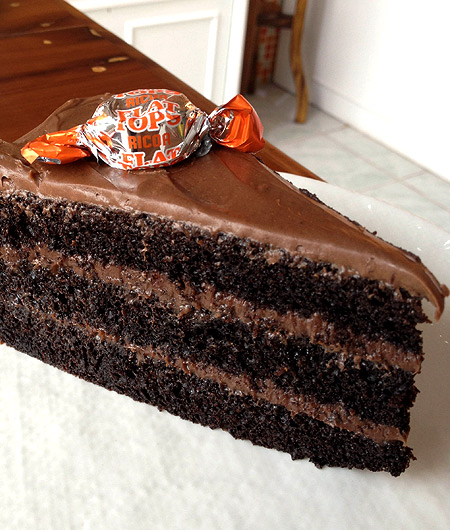 This blue bakery is where you'll find candy from your childhood converted into the most awesome cakes. Whether it's Potchi, Hawhaw, Viva, Orange Swits, or Maxx, Chef Jonnathan Em manages to stay true to the flavors of his candy inspirations. The Butterball is our personal favorite, but the Hany is a must-try, too!

A purveyor of all eats sinful, Wicked Kitchen is where you can get all types of comfort eats, from lasagna and roast beef to a whole menu of beer-battered stuff. If you're really looking for something decadent, don't miss out on their bestselling s'mores. 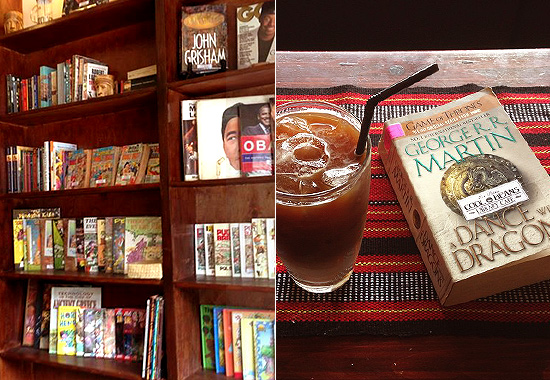 You might find Cool Beans Cafe familiar, but that's because it was a major setting in last year's hit film, English Only, Please. It's the first coffee shop in Metro Manila to double as a library. Not only does it help underprivileged kids get into the habit of reading, it highlights locally sourced coffee beans, too!

There is definitely nothing bobo about Bobo's. Bobo's cooks their pies in a brick oven, which further emphasizes the crunchiness of each incredible thin-crust pizza. Because the pizzas are so affordable, it's a favorite hangout for students, but you'll occasionally see some cubicle dwellers lurking around the open space. Affordable and delicious pizza is something everybody can enjoy. 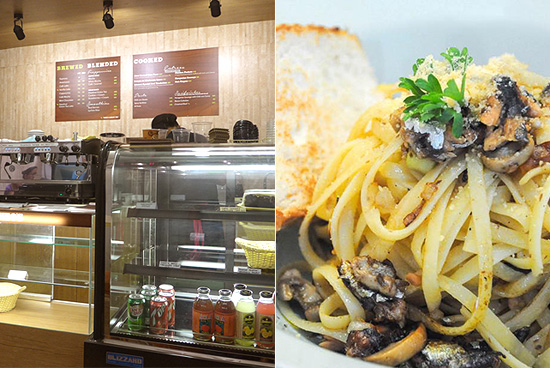 This home away from home will surely be busy this weekend. The rustic, treehouse-themed restaurant is one of those be-all places. From the duyan seats, family-friendly large tables, and laptop nooks to the pastas and frappes, Theo's Baked + Brewed promises a little something to enjoy for every taste. 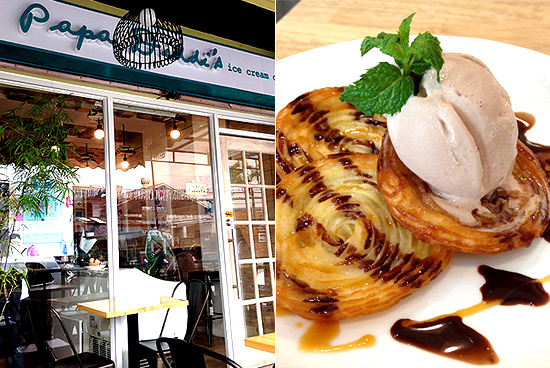 We love a place with a lot of history. Papa Diddi's is Paul Perez's tribute to his father, a lawyer with a passion for food who used to experiment with homemade ice cream. The ingredients are all sourced locally and the ice cream is whipped up in small batches to ensure freshness. If you're wondering why Papa Diddi's merchandise is so creamy, it's because of the carabao's milk base! It jibes so well with the crunchy rice bowl.

There's no final list of concessionaires yet, but you can look forward to confirmed ones like Chili Asylum, Earnest Bakes, The Midnight Bakery, Chocolate Avenue, Manong's Bagnet, Steady Beef, and Succelents PH.

Maginhawang Pasko Qc Food Fest Quezon City Quezon City Food Fest
Your Guide to Thriving in This Strange New World
Staying
In? What to watch, what to eat, and where to shop from home
OR
Heading
Out? What you need to know to stay safe when heading out