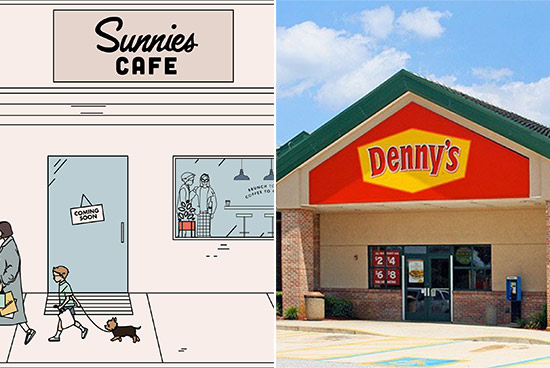 And it's only the beginning of the year.

(SPOT.ph) The year 2015 was all about big international restaurants, but 2016 isn't about to slack off. Some global favorites are still set to open and we're pumped up for the inventive local concepts, too. Here are just some of the confirmed restaurants that we'll soon be enjoying.

This intriguing spot at Bonifacio High Street is another concept by the Tasteless Restaurant Group–the same fun folks who came up with Hole in The Wall, Wrong Ramen, Hanamaruken Philippines, and Le Petit Souffle. Fowl Bread is a culinary thesis on fried chicken sandwiches, garlic noodles, and ham dumplings. It may not seem to make sense, but this group has always been on point with their unusual but effective combinations. Expect snark and sass. We asked them when they're opening and their response? "Soon!"

Just a few steps away from Fowl Bread is Sunnies Cafe. The eyewear phenom is expanding their brand, with a cafe that merges comfort food from all over the world. With co-owners like Georgina Wilson, Martine Cajucom, and Bea Soriano Dee, you can bet that the interiors will be chic and exquisite and the music outstanding (according to their website, they're commissioning artists and DJs). Sunnies Cafe also promises to be pet-friendly because your pooch deserves a cozy spot, too. It may seem strange that a lifestyle shop is expanding to the dining industry, but Sunnies' co-owner Eric Dee is part of the group that brought in the likes of Tim Ho Wan and Todd English.

This French bistro and steakhouse is the second, more accessible brand by acclaimed chef Akrame Benallal. Chef Akrame's first and eponymous restaurant has received two stars from the Michelin Guide. Both restaurants have branches in Paris and Hong Kong. Atelier Vivanda is famous for its steak and potatoes, as well as inventive takes on classic French food. It has a tentative opening date of January 22 (the grand launch will be on February 5).

We've been waiting over a year for this famous hotdog place to open, and it's finally safe to say that Pink's will arrive on local shores in the early quarter of 2016. Pink's began in 1939 with their now-signature chili dogs. Since then, it's expanded to other topping permutations and even produced "celebrity" hotdogs.

Wolfgang Zwiener worked as a head waiter at Peter Luger for 40 years and he took everything he learned from the famous chef, improved on it, and came up with his own steakhouse. The eponymous restaurant specializes on 100% dry-aged prime steaks, complemented with a great wine selection and a classy setup. Brought in by the SumoSam Group, the restaurant takes up 600 square meters of space. With great beef at the forefront, the local Wolfgang is even constructing a special dry-aging room where the steaks will be left to hang for 28 days to reach optimum flavor.

The Relish Group is already mapping out a pretty busy year. On top of their established brand, Wee Nam Kee, they've also recently launched the second branch of gyoza stop Osaka Ohsho, are currently prepping its express version called Gyoza Bar, and are in the process of expanding Kumori Bakery. Their new bibimbap hub, Rock and Seoul, also just opened. Birdhouse, a food hall concept, will focus on Asian chicken.

This nailbiter is the one brand this year that has kept us up at night, waiting and wondering. Pablo sells their cheesecakes the way you order steaks–either well done or rare. The bestselling rare is pure cream (it would be wrong to describe it as creamy), with a crumbly buttery crust. You have to eat it fast or else it will sink, but let's face it, you'll be eating it before the servers can even put it inside the box.

This fast-casual family restaurant is being brought over by The Bistro Group. Denny's, which now has branches all over the world, is known for being a reliable stop for pancakes and other comfort food. They have 24/7 service, with the menu available 'round-the-clock. They're opening in the first quarter of 2016. Make sure you get their famous Grand Slam Breakfast.

Denny's will be at Uptown Place Mall, Bonifacio Global City.

This rock-and-roll-themed cafe has over 600 locations globally. It serves Southwest comfort food in a totally rockin' setting. Hint: They have stellar burritos. They know how to describe themselves best. According to their website, they have "more than 20 incredibly fresh ingredients like all-natural chicken, grass-fed steak, and organic tofu to create one-of-a-kind meals, Moe’s has everyone covered, from meat lovers to tree huggers to vegetarians and flexitarians." Everyone is welcome at Moe's—"except fugitives."

Looks like The Bistro Group is out to bring all other American comfort food chains to the Philippines. Not to be confused with another restaurant in Metro Manila, Texas Roadhouse is a family-friendly steak place. They feature hand-cut steaks, fresh bread, and fall-off-the-bone ribs.

This restaurant is all about the rice. Consider it a passport to the rice stylings of the Philippines, Korea, Japan, Singapore, and Thailand. Apart from dining services, Rice Lane will also be an Asian market, peddling dry mixes, spices, condiments, specialty options, and gift ideas. A representative from the Cravings Group also exclusively told us that they will cater to private (carb-filled) events!

Rice Lane will be at Eastwood Mall, Quezon City.

Madame Ginger will feature hip and modern takes on Thai comfort food. Thai cuisine is always a bit of an adventure for the palate, so you can bet that this new restaurant will take you on a wild ride.

The Cravings Group brought over this Vietnamese-French food franchise from Australia. It's inspired by Mama Hoang and Mama Ly, a pair of Vietnamese mothers working 18 long hours a day who found joy in cooking honest-to-goodness meals.

Texas Roadhouse Atelier Vivanda Birdhouse Denny's Fowl Bread Moe's Southwest Grill Pablo Cheesecake Pink's Hot Dogs Seoul Station Sunnies Cafe Wolfgang's Steakhouse Madame Ginger Rice Lane Roll'd
Your Guide to Thriving in This Strange New World
Staying
In? What to watch, what to eat, and where to shop from home
OR
Heading
Out? What you need to know to stay safe when heading out