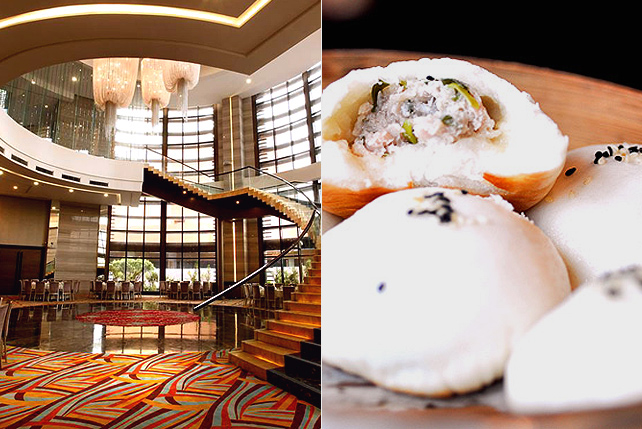 10 Best Chinese Restaurants for Your Next Lauriat

Chinese food is always a great option when dining with family. 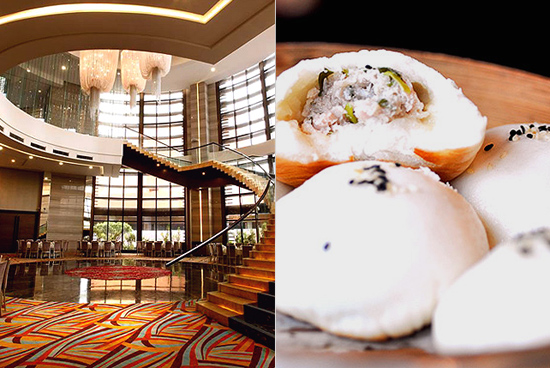 (SPOT.ph) Chinese food. It's practically our second national cuisine, so widespread in this country that it's trickled down from fine-dining to family casual to fast food to street food. You can eat Hong Kong-style noodles or siomai every day or treat yourself to a luxurious lobster and roast duck dinner for a special occasion. You can eat it with a friend, but be honest: You know Chinese food is best when you're with a large and hungry group. Lauriat, which means "special occasion," has come to be known as a type of banquet where big plates of food are served and shared around the table. It usually features at least 10 Chinese specialties, which makes it such a splendid option for celebratory meals.

So, in the spirit of Chinese New Year, we're picking our 10 favorite Chinese restaurants for enjoying lauriat.

Editor's note: Hotel restaurants were not considered for this list. 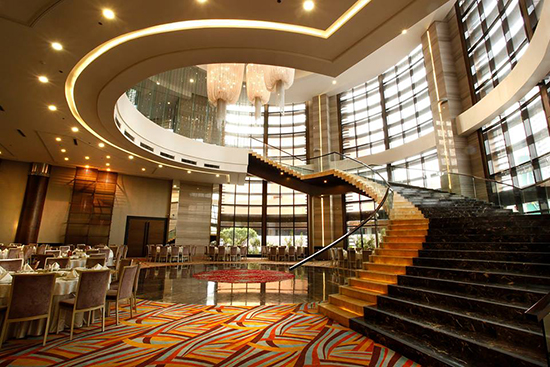 Gloria Maris' old iconic spot across Unimart looked like you stepped into the pages of an Amy Tan novel. Their new location at the corner of Wilson and J. Abad Santos, however, boast an edgier vibe—one that's not particularly Chinese (barely any reds!). The posh new restaurant makes sure to still have sections for hotpot, dim sum, and fine-dining, as well as more private rooms and a larger function area for big banquets. More importantly, none of the bestsellers were left behind. Gloria Maris is still everyone’s reliable Chinese food destination. 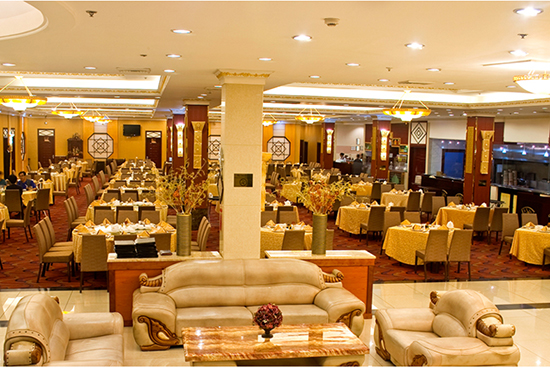 It’s hard not to judge a book by its cover. The dingy, green façade of this restaurant—which you must have ignored as you drove towards SM Mall of Asia—isn’t exactly inviting, but step inside and it’s a pleasant surprise. Golden Bay is luxuriously decked in rich red floors, gold tablecloths and chandeliers, and gorgeous high ceilings. It’s classic Chinese opulence hidden in plain sight.

The owners originally wanted to set up a casual Chinese bistro, but decided on creating this more celebratory institution that not only showcases Chinese traditions, but also caters to your every dining need. Apart from tables for walk-in guests, they have 11 VIP rooms, as well as a banquet floor.

Pro tip: Ask for the chef's specials. Golden Bay, by the way, is the restaurant featured on My Binondo Girl. 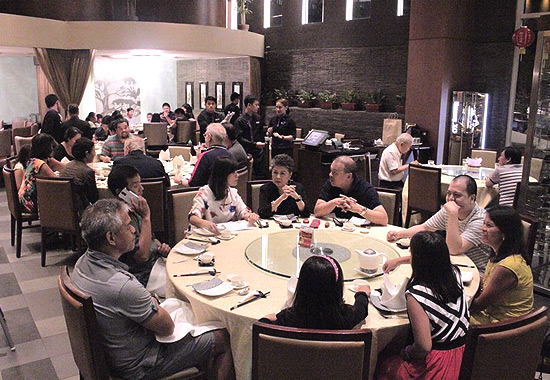 There’s only one Crystal Jade left in Metro Manila, but it’s the one perfect for celebrations. Crystal Jade Dining IN is on the fine dining end of the spectrum. The brand is from Singapore, but it serves outstanding modern interpretations of Chinese specialties. Chinese restaurants are a dime a dozen in the Philippines, but Crystal Jade always presents updates on classics to keep the young set interested. 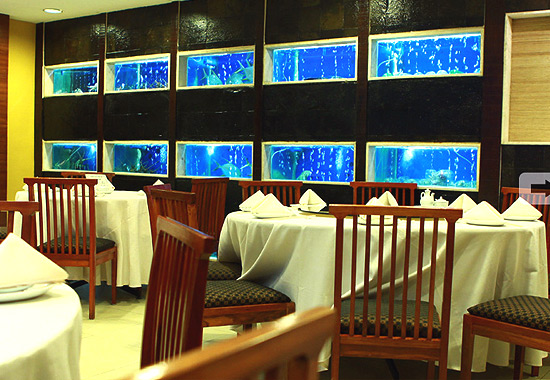 Here’s something to pique your interest: Chef Tommy Yao doesn’t use MSG to cook his Cantonese specialties. He uses only the finest (and sometimes imported) spices to bring out the flavors in his food. Hai Shin Lou is famous for its amazingly fresh seafood, picked right in front of you from one of their many aquariums. Apart from impeccable and consistent service, they have function rooms available for more private affairs. Hai Shin Lou is a cult favorite among both celebrities and foodies. 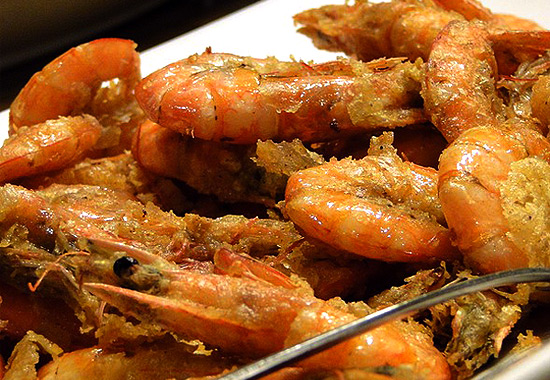 Order cold cuts, some noodles, maybe a crab dish, and there’ll barely be any room left on your table. Mandarin Sky isn’t as fancy or as old (it opened in 2009, a rehash of another Chinese restaurant) as some of the other places on this list, but it’s already close to the hearts of Banawe folk—and those who’ve been captivated by its cool marriage of traditional and fusion Chinese. Don’t worry about the slightly cramped space. You’ll finish every dish so fast, you’ll barely notice...unless there’s crab. 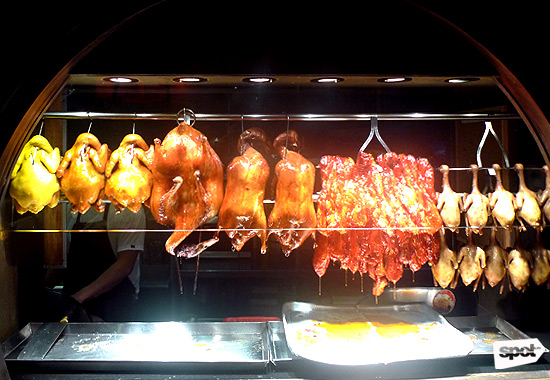 Most people in the Metro are familiar with Choi Garden's Chinese food stylings. Plus, the row of hanging ducks behind the window is too mouthwatering to resist. Choi Garden is smaller in scale compared to other restaurants on this list, but it’s probably the most consistent.

If the setting is any indication, Choi Garden isn’t too much about presentation. Their dishes are classic, homey, and flavor-focused. Their meats, from the chicken to the pork to the duck, are aggressively seasoned, while seafood like garoupa and crab are kept wonderfully delicate. 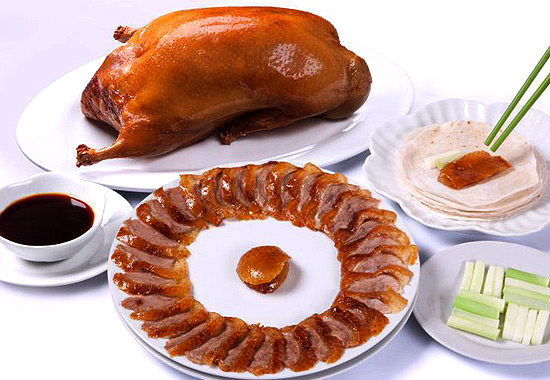 Peking Garden is famous for their spot-on, straight-up authentic Cantonese dishes. Flavors are usually intense and flawless—the fish is evenly sauced, the chicken is impeccably fried, the duck is wonderfully tender. The restaurant is small but exquisite and multi-purpose. Red hues are kept at bay, and the silver-grey color scheme gives a cool, modern twist. 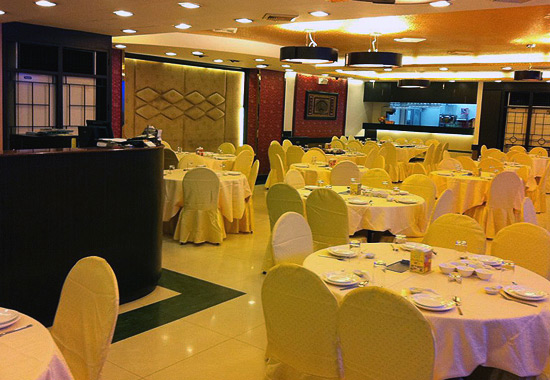 Golden Fortune is one of those “always been there” type of places. They have two versions—a fancier Golden Fortune Seafood Restaurant and a casual Golden Fortune Hong Kong Cuisine. Each is satisfying, depending on what you’re in the mood for. With bigger portions, a wild range of dim sum, and more premium ingredients, the former is perfect for lauriat. The latter, on the other hand, specializes in dai pai dong (street food) and shabu-shabu. 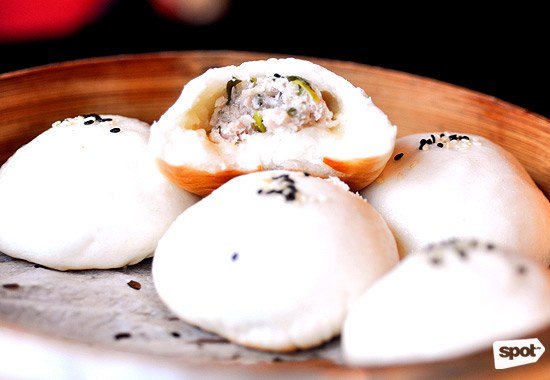 This contemporary Chinese restaurant is technically Taiwanese, but that’s just semantics when it comes to food. What we love most about Lugang is how it seamlessly finds the middle ground between casual dining and a lauriat-worthy ambience. (We think their elegant interiors and wide-ranging menu have something to do with it.) 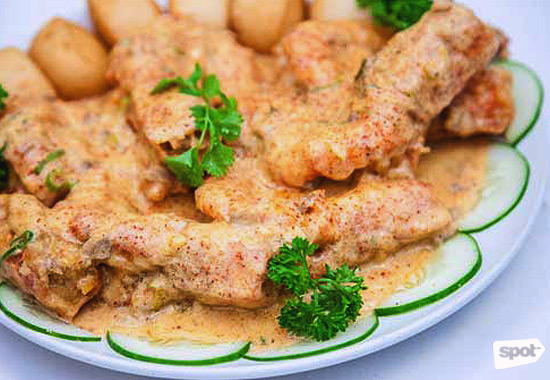 The 16-year-old restaurant has changed its name twice (you might remember it as Harbour City), but it looks like Hai Kang is lucky number three (the name has stuck for seven years and counting). This place looks like the kind of Chinese restaurant you see in movies—fuss-free and functional, but with a dash of personality (in this case, red pineapple paper lanterns) to show that they care about ambience, too. It doesn’t matter though because the food is always delicious. The menu used to be more traditional, but over the years, they’ve embraced more unconventional offerings like pumpkin soup, udon, and laksa.